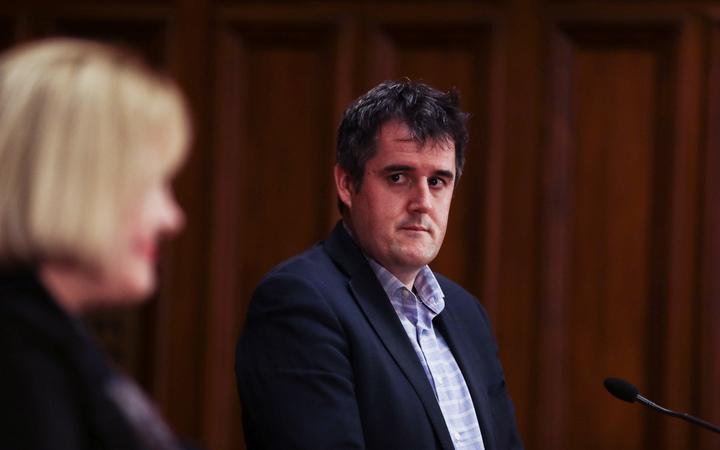 National's Covid-19 response spokesperson Chris Bishop says people aren't following the rules because there are no sanctions. Photo: RNZ
The National Party wants Covid-19 rule-breakers to be slapped with tough sanctions after Auckland was plunged back into lockdown over the weekend.

Multiple people in the February cluster have flouted the self-isolation directives: the latest, a 21-year-old who visited numerous locations while potentially infectious.

On Sunday, Prime Minister Jacinda Ardern announced health officials would work with police to keep tabs on those who'd been instructed to isolate.

National's Covid-19 response spokesperson Chris Bishop said that was a good move, but the government needed to go further.

He told RNZ New Zealand's "high-trust model" was starting to break down and a new approach was called for.

"It is time to start knocking on people's doors and making sure that when people are meant to be isolating for two weeks, they actually are doing so.

"And if they're not, let's appropriately punish them and make sure people know about that so other people don't do it as well."

Offenders should be fined, Bishop said.

"People haven't felt the pressure to follow the rules because there are no sanctions." 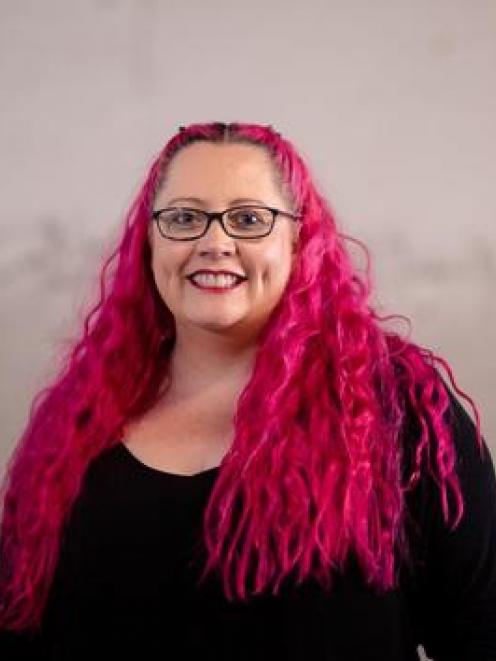 "The last thing we want to do is create an environment where those who've broken the rules don't come forward for testing or mislead the contact tracers about where they've been or who they've been with.

"We really need people to cooperate to get through this."

Wiles said the public should also try to understand the reasons why people might not isolate.

"There might be those who have fallen for all of the disinformation circulating around social media," she said.

ACT leader David Seymour said government complacency was to blame for the latest lockdown and the rule-breakers were a convenient scapegoat.

"I'm disappointed the prime minister has tried to oh-so-subtly deflect on to this one person," Seymour said.

"He does deserve some blame. He was clearly a naughty boy, but he does not deserve to take the whole rap."

Seymour said the government had allowed the virus back into the community and was not able to contain it quickly enough.

He agreed with Wiles that cracking down on rule-breakers could be counter-productive and suggested closer monitoring instead.

"In Taiwan, they use cellphone tower triangulation to locate people and they check up on you if you go to the wrong place."

Sorry Judith ... but I don't think any plan is foolproof and if you were in Jacinda's shoes, I shudder to think of what sort of mess the country would be now ... Martial law and shoot anyone not following the rules?!

No plan is foolproof, mainly because there's always some boofhead out there that doesn't follow the rules and puts the rest of the population at risk ... could have been an innocent mistake, or lack of functioning brain cells of the one guys who broke home isolation rules, but what about ALL the "JAFFA's" that heard about the lockdown would be in effect from 6am and decided to leave the city and head for out of town ... brilliant!!

Dr Siouxsie Wiles is absolutely correct, it was a s****y thing for people to do and her comment that punitive damages may backfire is also right on the money.

Also, If ACT leader David Seymour believes Jacinda is making one person a scapegoat, she is not. She is merely telling people the facts and the effect that can have on all New Zealanders and using that ONE person as an example of what can happen by NOT following the rules. Taiwan, problem is, you turn your phone off or leave it at home, how do you trace them David ??

Why does Seymour continue to get so much exposure? He adds nothing of any value to the issue.

I always get a little concerned when politicians start getting personally involved in decisions over who should be punished and when and by what penalty. Our constitution has separation of responsibilities for a reason. Also Ms Wilson has a very valid point, people afraid that they will be prosecuted may choose not to co-operate.
Having said that, I also believe that the time has come to toughen up. When an individual has knowingly broken the rules, basically thumbed their nose at everyone, well... that's taking the proverbial.
We've all had a year to come to grips with the rules. Ignorance is no longer an excuse. I believe the enforcement authorities can distinguish between genuine misunderstanding and outright flouting of the law.
The Govt should be signalling a get tough attitude to the enforcement agencies.

It is to late to say that punishment will only deter those breaking the rules from coming forward. The breaches have already occurred and the entire country is paying the price. There was nothing put in place to deter rule breakers, the breaches occurred and no one came forward when asked at the beginning. So here we are living with the consequences, do nothing and we lose, do something and we might lose. Strikes me that we cannot win when people will not cooperate when asked nicely.

You say, "There was nothing put in place to deter rule breakers." You're wrong. There were fines and prison sentences put in place, they've been in place since the beginning of this thing. These were mentioned in the media, they're mentioned on the the multi-lingual pamphlets, they're online. How is it that you missed this?
While I believe the time has come to start enforcing these, I also believe that the educational approach has been the correct way to go up until this point. If the authorities had used a heavy hand from the outset the liberals amongst us would have started screaming "police state", "Gestapo tactics", etc etc etc.
But my point is, something was put in place.

To be honest I did not miss the legislation backing the covid response. But legislation alone is not enough of a deterrent without law enforcement backing it up to ensure compliance and being nice is clearly not going to work all of the time. Not enforcing the legislation after the fact because people might not cooperate is not a persuasive enough argument when the rule breakers stayed silent regardless. Now the rest of NZ has to pay the price. What I wrote was with that in mind and perhaps I was not clear enough.