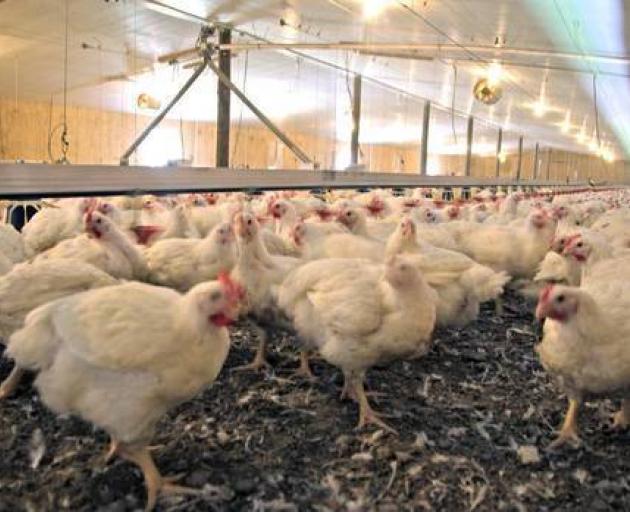 The Ministry for Primary Industries director of compliance Gary Orr said a "large number" of chickens had died at the farm in Helensville, west Auckland.

"After being alerted to this issue today, and having spoken to the company involved, we have had it confirmed that there was an incident in the early hours of Saturday morning at a chicken farm in Helensville that resulted in the deaths of a large number of chickens due to a power failure and a subsequent generator issue," Orr said.

"Any such incident is extremely concerning to us and we are now investigating."

Stuff reported air had stopped pumping into the sheds after a backup generator failed during the power cut. An alarm also failed to sound, and early in the morning an employee found about 180,000 dead chickens.

"Not only are the tens of thousands of birds trapped in overcrowded, filthy conditions, but Tegel can't even ensure these birds don't suffocate if the power goes out."

She said it was the responsibility of the industry to ensure disasters like this don't happen.

"This shows the lack of concern for chickens, that are treated like units of production to Tegel, rather than sentient animals who suffer," she said.

"Tegel needs to be held to account for the suffering they have caused, or we'll have a repeat of this disaster. It's always animals who suffer when corporations make profits at the expense of animals."

I'm speechless, yes, the reality is this is where some of our food comes from. We can't escape that fact, it's what we have done in different ways for hundreds of years. It is also become a commercial nessessity to feed the human population. However the obvious systematic failures are reprehensible. No animal should be subjected to such suffering, especially when we breed them and keep them captive for our pleasure, our food and profit. Bloody disgraceful actually. Some respect for their lives, as brief as they are should not be ever taken for granted.