0 Comments
There will be no changes to the timing of school holidays in Auckland from the beginning of October despite the region having been in lockdown for nearly five weeks.

Education Minister Chris Hipkins said school holidays in Auckland would continue to be held at the same time as the rest of the country, starting from Saturday, October 2.

"I've carefully considered advice on the implications of shifting the dates and concluded that, on balance, maintaining the status quo is the best course of action," Hipkins said.

"This wasn't a straightforward decision. I acknowledge the added pressure currently on parents and families in Auckland, but as Education Minister, my primary concern has to be the effects on children's education and wellbeing and on the good running of our schools."

Cabinet has agreed "in principle" that Tāmaki Makaurau will move out of level 4 next Tuesday. If there are two more weeks of level 3, the city would hit level 2 just in time for the school holidays - meaning two more weeks before kids get back to school.

Parents have called for the school holidays to be brought forward to Monday instead of October 2, but teachers' unions and school principals strongly opposed the move.

Some parents who have been stuck at home on the wage subsidy have told the Herald they will be pressured to return to work in level 2, and will have to take annual leave to care for their children or pay for a carer.

Some say they are concerned they are doing a poor job with home schooling and their children are suffering from not seeing their friends. 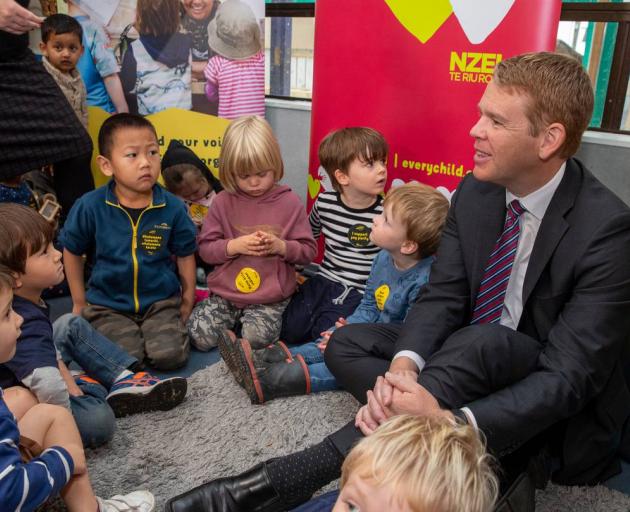 Teachers have pointed out many of them are also trying to teach online while juggling childcare at home.

Both the Auckland Primary School Association and New Zealand Principals' Federation had called for the schedule to remain the same.

"Keeping the holidays as they are will avoid disrupting the plans already in place for students, families and educators, including curriculum and activity planning and families planning their holidays, and will reduce anxiety," Hipkins said.

"It also means we don't have to extend the length of term four, when fatigue among students is at its highest at the end of a school year."

Extending the return of children to classrooms also meant there would be higher vaccination levels among students aged 12 and over, which principals have advised is important for student mental health and wellbeing, Hipkins said.

Last year all of New Zealand went into level 4 just before the Term 1 school holidays, so it made sense the holidays were brought forward by two weeks, the Ministry of Education said at the time.