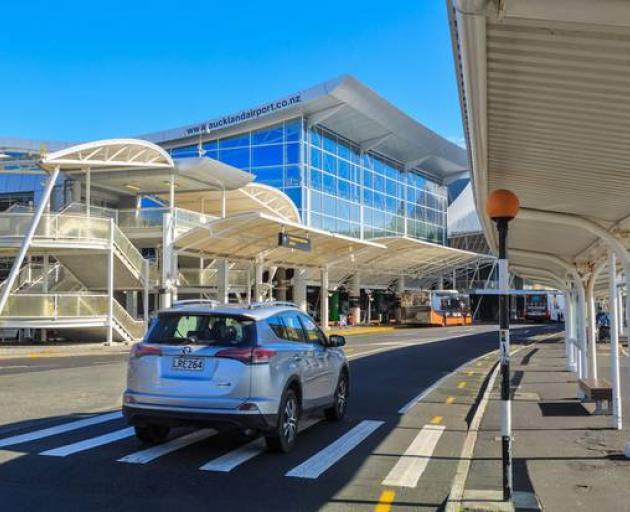 Migrant arrivals to NZ are up 8.7 per cent to 153,900, most of them returning New Zealanders. Photo: supplied via NZ Herald
Despite an abrupt halt to immigration, New Zealand's population is seeing an "extremely high and historic figure" for net migration, a Massey University immigration expert says.

Since January 2020, governments globally have imposed international travel restrictions because of the spread of Covid-19 around the world.

"The size of the abrupt halt to immigration is startling. In the June year to 2020, New Zealand saw a much higher inflow of arrivals and a big drop in departures even though four months of this year involved a lockdown and minimal migration," sociologist Professor Paul Spoonley said.

"It makes for one of the most unusual years in terms of immigration with an extremely high and historic figure for net migration, despite a third of that year with minimal migration in or out."

Spoonley said the month-on-month figures of June this year compared to June 2019 showed a drop of nearly 90% both arrivals and departures, an indication of how Covid-19 had altered migrant flows in and out of New Zealand.

"This has brought to an end the highest ever period (2013-2020) of inward migration and net migration gains," he said.

"In the last decade, these net gains had contributed two-thirds of New Zealand's annual population growth. The lack of migrants will dampen the country's population growth significantly for the next year or two."

Spoonley said the largest group of returning New Zealanders was from Australia, especially as Australian government policies had made it hard for Kiwis to access welfare and other benefits.

While those returning from Australia come from across the skill spectrum, he said returnees from other parts of the globe tended to be higher-educated and qualified New Zealanders.

Spoonley said the Government now needed to focus its efforts and capitalise on these returnees to help with its Covid recovery.

"New Zealand has not done a very good job in utilising the significant resources of its current diaspora, and now is the moment to look to capitalise on their skills and experiences," he said.

"But for the moment, it is very much a 'hands-off' approach by the Government, apart from border management and isolation on arrival. Given that it might be some time before migration resumes, then why not focus on those who can come - New Zealand returnees."

Spoonley said there were still many unanswered questions: what are their skills mix, are they getting jobs, where will they go in NZ, and whether the returnees will compensate for the previous migrants - most of whom came under the Skilled Migrant Category.

He predicts the longer the pandemic is mismanaged overseas and there is a privileging of local citizens over migrants, more New Zealanders will return.

"There are one or two forecasts to suggest that even a 'new' normal in terms of international mobility might not be in place until 2023," Spoonley added.

Population estimates will be revised on September 23 to fully incorporate the 2018 Census and census coverage results.