New Zealand has its first death linked to coronavirus.

The victim was a woman in her 70s in Greymouth Hospital early this morning. She tested positive for the virus on Friday morning.

Prime Minister Jacinda Ardern says this is a very sad day – but it brings home why New Zealand moved to alert level four.

"This is devastating news," she said.

But it was a reflection as to why New Zealand is in self-isolation.

Ardern said more people would get sick – older New Zealanders are "by far" at the most risk.

Ardern again called on New Zealanders to stay home – "stay at home, break the chain and save lives".

Director-General of Health Ashley Bloomfield told reporters the woman who died early this morning was initially thought to have influenza.

He was still waiting to hear how the person who died had contracted the virus, but said the link was likely an overseas link.

The district health board has placed 21 staff who had treated the woman into self-isolation.

None of the staff treating the person are symptomatic of Covid-19, Bloomfield said.

Bloomfield said the person who died was "well known" to DHB staff, but when they were first admitted they did not know the patient had Covid-19. 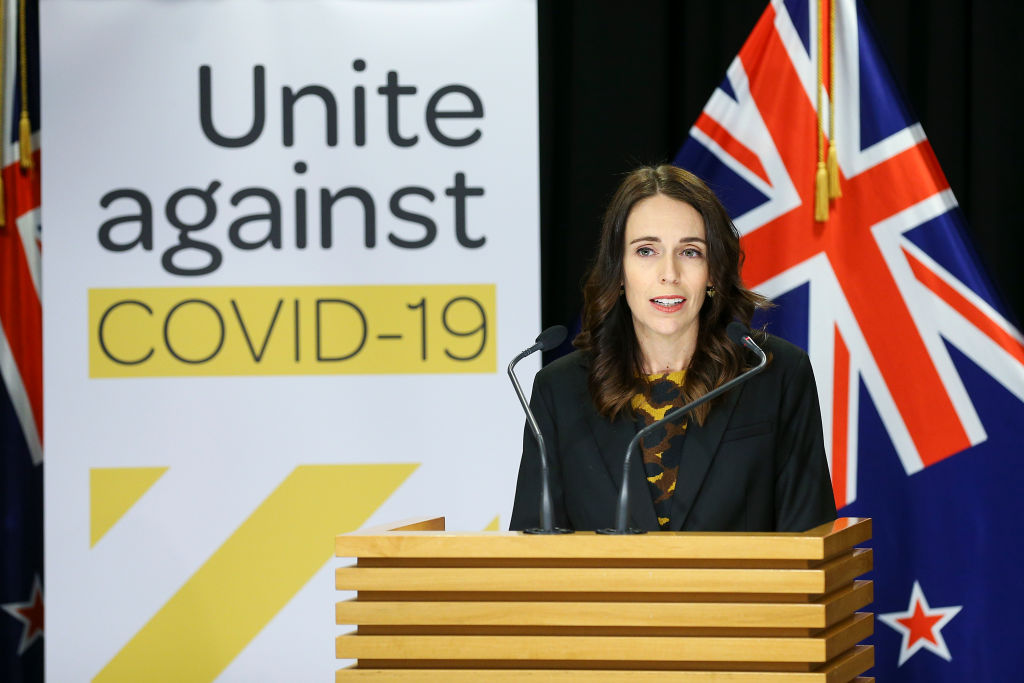 Prime Minister Jacinda Ardern: 'Today's death is a reminder of the fight we have on our hands.' Photo: Getty
Ardern said gloves and surgical masks were worn by staff treating the woman, but eye goggles were not worn initially.

Bloomfield said New Zealand has sufficient hospital capacity to deal with the outbreak.

One of those patients is in ICU on a ventilator.

Seventy of the cases are in the Southern District Health Board area, up from 59 yesterday. It remains the area with the second highest total, behind Auckland on 75. 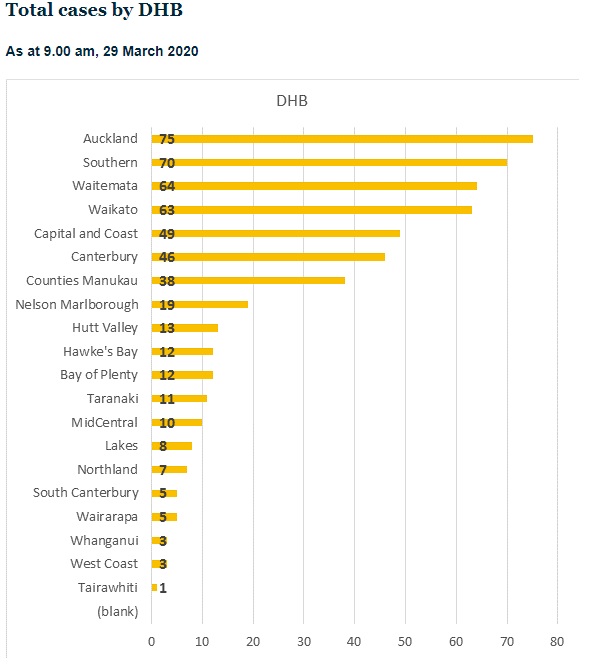 There have been an average of 1786 tests conducted per day.

There are now 514 cases in total in this country, with most cases still having strong links to overseas travel.

Bloomfield said 4 per cent of cases were Māori and 2.3 per cent were Pasifika people.

He called on those handling food to step up their precautions.

He again called on all Kiwis to wash their hands as much as possible.

Ardern called out people online who are bullying those with Covid-19, or suspected to have the virus.

She said the people with Covid-19 "deserve our support".

Police have the power to arrest those who are not following the rules.

She said she was "frustrated" by reports of people not following the lockdown rules.

Some 2000 calls have been made about people breaching the lockdown restrictions.

"Ardern said more people would get sick – older New Zealanders are "by far" at the most risk", from what I read it is mostly those in their twenties who have it (or at least the greater proportion of people who have it). How do we know it wasn't influenza but are being told it was corona?.