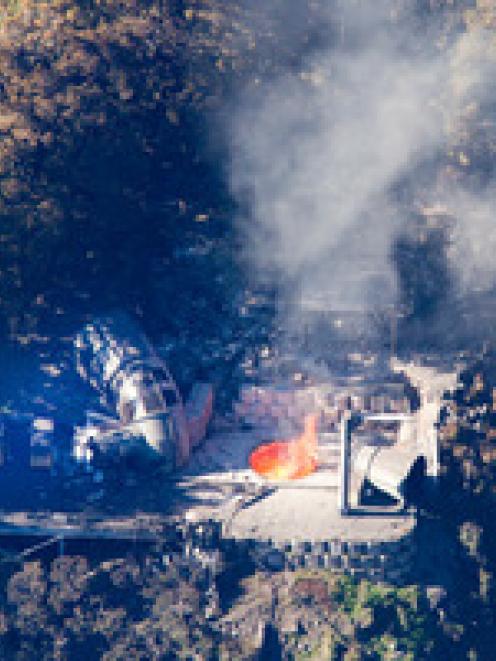 It was the first time rescuers had entered the mine since the disaster almost four years ago.

Debate is raging over whether they can now continue the entire 2.4km to the rockfall that then blocks the way into the mine workings, where the bodies of the 29 are believed to lie, or if the lack of a second egress prevents that.

Documents released to the Greymouth Star today reveal that staff from Worksafe, the mines inspectorate, did in fact go underground as far as a 170m seal last month. Mines Rescue built the seal 170m inside the drift, or main tunnel in mid 2011.

An e-mail from chief mines inspector Tony Forster also asked for an update on the preparation for the re-entry during that visit.

Worksafe confirmed today the "familiarisation trip" did go ahead.

Mines Rescue chairman Dave Stewart told Radio New Zealand today it would do a risk assessment shortly on the re-entry plan, but at this stage it was happy.

However, if Solid Energy insisted on first building an escapeway, he agreed the re-entry was probably impossible.

Laura Mills of the Greymouth Star