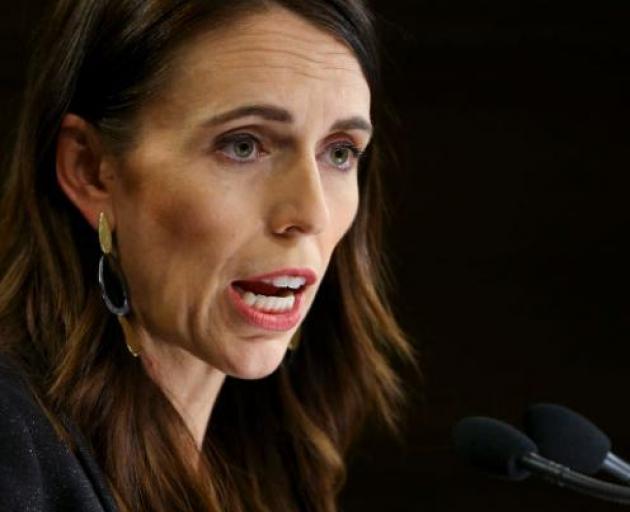 Prime Minister Jacinda Ardern. Photo: Getty Images
The Government will start the process of giving every New Zealander an extra five days of sick leave a year before Parliament adjourns for the summer break.

Within the next few weeks, Workplace Relations and Safety Minister Michael Wood will introduce legislation increasing the yearly sick leave allowance from five days to 10.

"Covid-19 has shown how important it is to stay at home when people are sick," he said

He added that amending the current rules will mean more workers can stay at home if they're sick, and more sick leave will help support working parents.

Ardern said the Government was "getting down to business" with introducing new legislation and the new sick leave laws would bring New Zealand into line with Australia.

Covid-19 has taught the world that one person's sickness could quickly become someone else's and there was evidence that extra sick leave was actually good for workplace productivity.

The law change also keeps the current maximum entitlement of any unused sick leave at 20 days annually, which will help make it easier for businesses to implement.

Increasing sick leave was one of Labour's pre-election promises.

Today's announcement means the bill is expected to pass in mid-2021 and will go through the full select committee process so it was able to receive submissions.

Earlier this month, the Greens pushed Labour to rush the planned sick leave legislation through Parliament before Christmas.

But Wood said at the time although the bill would be introduced in the House before Christmas, the legislation would come into force in 2021 and would go through the normal consultation process.

National's leader Judith Collins said the policy would only make it harder for workers to keep their jobs - and would cripple businesses as they battle a recession.

"Increasing sick leave entitlements from five to 10 days a year while also increasing the minimum wage to $20 next year shows how out of touch Labour is when it comes to small business," Collins told RNZ.

In a statement today, Wood said while around half of all employers provide the current minimum entitlement of five days, many employers offer 10 days or more already. This will mean no change for them, he said.

"But five days can be easily used up and employees who have used up their sick leave face a choice between working while sick or taking unpaid sick leave, which is not an option for many."

Wahoo The fairy that keeps on giving - but I don't think the fairy understands that with every action is a reaction. Where are employers going to get all this extra coin from, fairy? Or hasn't your fairy wand engaged the fairy brain. Come on PM - give up the granting of all these wishes. If you were a genie in a bottle, you would have had three wishes and you would be gone by now. Just waiting for Ardern to put my 80-year-old mother to work in the fields to grow the communion's vegetables. When the fairy wakes up and starts to understand people will go broke with all these wishes being granted.

I imagine the rich greedisgoodite wannabe slave masters who own so many businesses will hate this. They are happy to see workers suffer and spread illness through the community because all that matters to them is the dollar. I feel sorry for such soulless people, when they die they will have nothing but the realisation that they sold their souls for nothing of value.

If the soulless people do not take the risk and run a business, then the workers have no work!!!! Grow up and see the world as it is, not a world of ideology, look how mother Russia is now my friend.

Can you not see that Capital and Labour are co-dependent? Yes the soulless need to take the risk and run a business for the labour to have work. But if there was no labour prepared to work then the soulless would fail. Each depends on the other for both to be successful. This has nothing to do with ideology, Russia, or socialism or communism. It is the real world, here and now as seen by grown ups.
Hell, even the soulless Victorians, the ones who worked children in their mills had to comply with Factories Act and other pieces of legislation which forced them to improve workers conditions. They survived, they thrived, they grew their profits. Over the years the workers won further improvements to conditions, the soulless continued to survive, profit and thrive.
Modern soulless capitalists will do the same and will continue to do so next time there is a change that favours the workers.
But to come back to your opening statement: It is an ignorant claim. Employers need workers to an equal degree that workers need employers. Without each other both fail.
Get yourself a copy of Smith's 'Wealth of Nations" and read it. Teach yourself something new.

And how is this a good thing for business and Industry? Next we'll have a four day working week..

"Increasing sick leave was one of Labour's pre-election promises" so was child poverty, fixing the homeless problem and the benefit system, none of which has been fixed since they have been in power for the last three years.

You continue to present this specious argument every time the Govt presents one of its new initiatives. You continue to present a minute germ of truth in your argument with with a large portion of National Party lies.
The truth is that all of Labour's promises are being addressed. The independent social agencies out there who help the underprivileged in all the areas you mention are reporting the positive impacts the changes put in place by Labour over the last 3 years and while there is more to be done on all fronts the fact remains that there are improvements happening.
The most difficult area for development is housing. This industry and this issue was ignored by your party, National, throughout the 9 years of their so called rock star economy and went into decay. The Tories went into denial and would now have you believe that the problem was caused by Labour.
Again, undoing 9 years of mis-management by National is proving harder than anyone imagined, but at least there is acknowledgement of the issue and willingness to try and fix it from the current govt. Which is more than National ever did.

Gee you are triggered, "The independent social agencies out there who help the underprivileged in all the areas you mention are reporting the positive impacts", just don't mention 60 some of them wrote a letter to jacinda about poverty and she done nothing about it but glad to see you live in your bubble of plenty.

response to nivaman comment above on 2/12/20.
I may well be triggered but it's being triggered by liars.
The letter you refer to was written by 50 agencies, not 60 as you falsely state. And the letter was a request to the Govt to increase benefit payments to beneficiaries for Christmas. It did not, again as you falsely claim, accuse the prime minister of doing nothing about poverty. It was asking the Govt to do more.
If anyone is living in a bubble my friend it is you with your protective bubble of falsehoods.