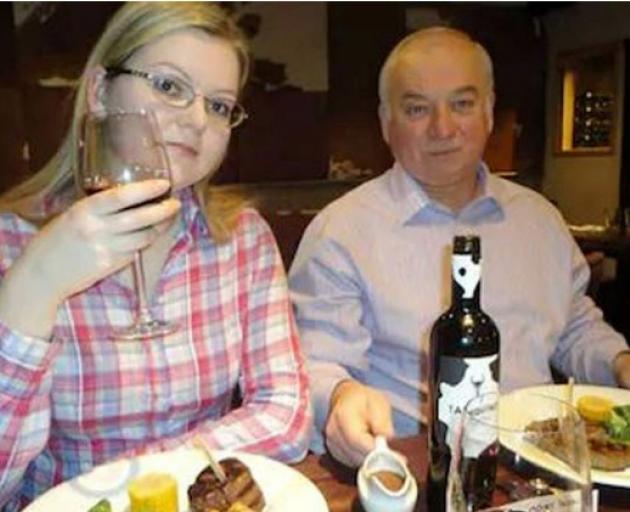 Yulia and Sergei Skripal were poisoned by the nerve agent Novichok in England in 2018. Photo: Supplied
Former Russian spy Sergei Skripal and his daughter Yulia are reportedly settling into new lives with assumed identities in New Zealand.

The father and daughter - who were poisoned by Russian military intelligence agents - moved to New Zealand after spending more than a year in a British MI6 safe house, according to the Sunday Times of London.

A senior government source told the Sunday Times the two were given new identities and support to start their new lives here.

Skripal and his daughter were both found unconscious on a park bench in Salisbury, UK, in March 2018.

The two had been poisoned with Novichok, a chemical nerve-agent from the Soviet era. Russian operatives Anatoly Chepiga and Alexander Mishkin were found to have smeared it on a door handle at their home.

Skripal once worked as a Russian spy but things turned south for him when his old colleagues found out he was acting as a double agent on behalf of the British in the 1990s and 2000s.

Skripal and his daughter spent some time in hospital in critical condition but survived the attack.

According to the Sunday Times, the two are still in touch with their old neighbours, Ross Cassidy and Mo, and sent them a letter last Christmas, with no return address.

"It's nice to know they are thinking of us," Cassidy said. "But I don't expect we'll ever see them again."

A Home Office source told the Sunday Times: "We do not comment on intelligence matters."

Usually those involved in spy swaps are not targeted, so long as they fade into obscurity.

The Cassidys were astonished that the former double agent had not been given deeper cover.

Skripal lived openly under his own name. "I'll never for the life of me understand why they didn't give him a pseudonym," Cassidy told The Sunday Times.

Cassidy described his ex-neighbour as gregarious watchful and said he never settled into his new life in the UK.

He said his neighbour often sat in an armchair with a clear view of the street. "Sergei saw you coming before you ever saw him."

Chepiga and Mishkin travelled to the UK under false names to poison Skripal.

Chepiga had been a colonel with the GRU, the Russian intelligence service where Skripal worked when he was recruited by MI6 in the 1990s.