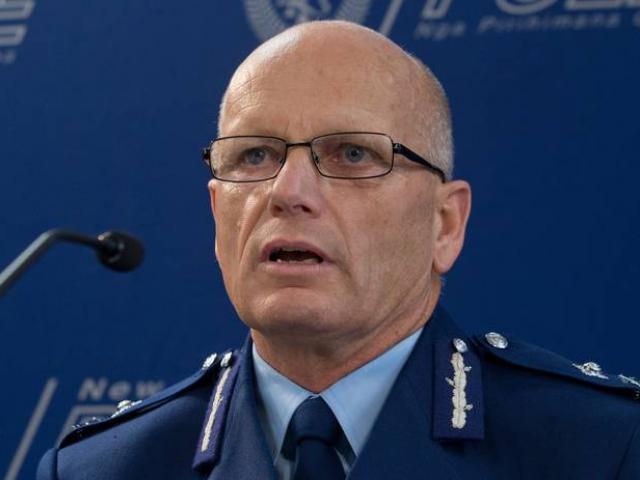 Deputy Commissioner Mike Clement. Photo: NZ Herald
Leaked emails from the police top brass show how legally exposed they felt when the country was ordered into lockdown in March.

Emails from Deputy Commissioner Mike Clement to district commanders and to the now Commissioner Andy Coster show a Crown Law opinion warning the police they had little or no power to enforce the lockdown.

That was the case for the first two weeks of the Government orders before the director general of health Ashley Bloomfield used the outdated Health Act to issue specific regulations.

Even then, experts believe that Act was the wrong one to use and that the Civil Defence Emergency Management Act would have been more appropriate.

Parliament's Regulation Review Committee has written to Bloomfield saying there are many questions over the lawfulness of the orders he's issued, in particular isolating and quarantining people who aren't sick and closing businesses.

And the legality of police action during levels 3 and 4 is still being questioned in legal quarters. Court of Appeal President Stephen Kos said last Friday the rules and how they are being applied has raised many questions.

Three days after the lockdown and before the regulations were enacted by Bloomfield, Clement emailed his officers telling them police powers did not extend to road blocks or pulling people over for the purpose of seeing whether they were complying with the lockdown.

The powers only come into play when a breach is obvious.

Clement said they "cannot direct anyone to do anything unless it is quite extreme in its nature and with direct and significant impacts for the health of others".

"It is unlawful to do so and we shouldn't be doing it."

The Deputy Commissioner repeatedly tells his officers they should be operating as though they are at level 1.

Prime Minister Jacinda Ardern says the Attorney General has been satisfied all powers have been appropriately used and says police have not been acting illegally during lockdown.

More clarity has been added over time to ensure additional powers have been used appropriately, she told Mike Hosking on Newstalk ZB on Monday morning.

She was confident that the lockdown was legal.

Interpreting the Crown Law opinion given to the Government, which they have repeatedly refused to release, Clement said "standard police powers to stop, search and surveillance must be exercised for their statutory purpose, and may not be used to assist police in the enforcement of the isolation campaign".

Police have been told that to minimise legal risk, they should use their "non-coercive community policing powers" to the greatest extent possible in encouraging compliance with the campaign.

Ardern told Hosking it was up to the Attorney General whether to release legal advice from Crown Law.

When the police emails were read to him, National's police spokesman Mark Mitchell said he wasn't surprised at how vulnerable the police were feeling at the moment.

Mitchell, a former police officer, says many officers have approached him saying they're uneasy about enforcing the lockdown rules. They're afraid they don't have the legal standing the Government's been claiming they have.

Mitchell says when Parliament resumed last week, Government should have introduced urgent legislation to clarify the orders and give an assurance to police they were enforcing a law that was legal.

"This has been a mess right from the beginning and one can only hope the Government's not opening itself to legal challenge," Mitchell said.

"When it became apparent that there were legality issues with lockdown, we offered to assist the Government to pass legislation. The offer was declined.

"The Crown Law Office advice should have been made public," Mitchell said.