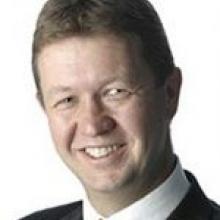 David Cunliffe
Police have gone to China to make inquiries in the case of a man granted New Zealand citizenship by ministerial prerogative despite two ongoing investigations here into possible fraud and money laundering.

Yang Liu was granted citizenship by ministerial prerogative in August against the advice of Internal Affairs officials and despite an Interpol alert warning that an arrest warrant was out for him in China.

The arrest warrant is for Yongming Yan, another identity that Mr Liu has used, and relates to alleged fraud and embezzlement of up to $250 million.

Last year, Australia's commonwealth director of public prosecutions "repatriated" to China A$3.37 million it had frozen in bank accounts opened in the name of "Yang Liu" but operated by Yongming Yan.

Police national headquarters would not comment on the state of the inquiry but a police source said Mr Liu had been the subject of "quite an intense" investigation by the Asian crime unit.

But this is the first time police have gone to China to make inquiries.

Mr Liu has ties to two Labour MPs and made donations to Labour and National before the 2005 election.

Three ministers have been involved in Mr Liu's case, Internal Affairs Minister Rick Barker, Associate Immigration Minister Shane Jones, and David Cunliffe when he was Immigration Minister before his promotion in October last year to the health portfolio and Labour's front bench.

Citizenship decisions are normally made by the internal affairs minister but, because of a conflict of interest, Mr Barker delegated his authority to Mr Jones.

Mr Barker and Mr Cunliffe are citing the "ongoing inquiry" into the possibility of immigration fraud for refusing to comment and Mr Jones could not be contacted.

It therefore remains unexplained why Mr Liu was granted citizenship when an investigation into possible immigration fraud was ongoing.

Citizenship is much more difficult to revoke than permanent residency.

A document leaked to Investigate Magazine indicates that, five months earlier, Immigration officials believed Mr Liu had the use of several passports and they did not know his true identity.

Permanent residency can be revoked in instances where false information was provided and it is standard procedure for the minister to approve revocations.

Mr Cunliffe declined to answer the question about whether he made any recommendation about a revocation process regarding Mr Liu.

He also would not say whether he had received any representation from MPs in support of Mr Liu.

Mr Samuels, a friend of Mr Liu and his family from soon after he arrived here in 2002, has lobbied on his behalf including writing to Mr Barker.

Mr Samuels has described Mr Liu as "a good bloke" but said he had no idea how he had made his money.

The MP said Mr Liu would be in danger in China because of an association with Falun Gong.

An Auckland spokeswoman for Falun Gong said Mr Liu had been a supporter "for many years" and had spoken at events which would put him at risk from the Chinese communist regime.

Labour and National have each acknowledged receiving donations of $5000 from Mr Liu.

Mr Barker did not respond to requests to detail his conflict of interest but Prime Minister Helen Clark has said it was because the minister knows Mr Liu and their wives are friends.