Ruby's tale of survival after getting lost during nature call 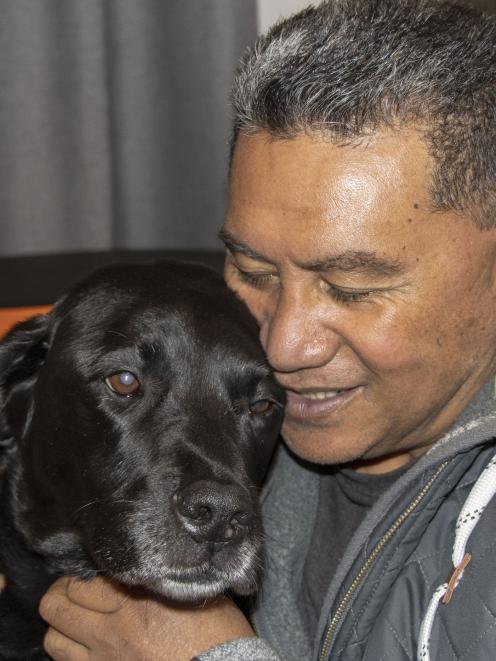 Sam Mano has had 11-year-old Ruby since she was a puppy and said it wasn’t a nice feeling to have a family member go missing. Photo: Star News
It was 5am, -3 deg C and dark as Ruby, an 11-year-old labrador, stood outside a suburban Christchurch laundromat - completely lost.

She was cold and wet after somehow losing her way when she went for her nightly toilet stop.

Shannon and a friend who lived near the Linwood Laundromat in Buckleys Rd spotted the confused Ruby when they went to do some early morning washing.

Just under 1km away, Ruby’s worried family had been up looking for her as the temperature dropped below freezing.

For the next two-and-a-half days, they would continue the search, not knowing what had happened to her and fearing she may have been stolen. 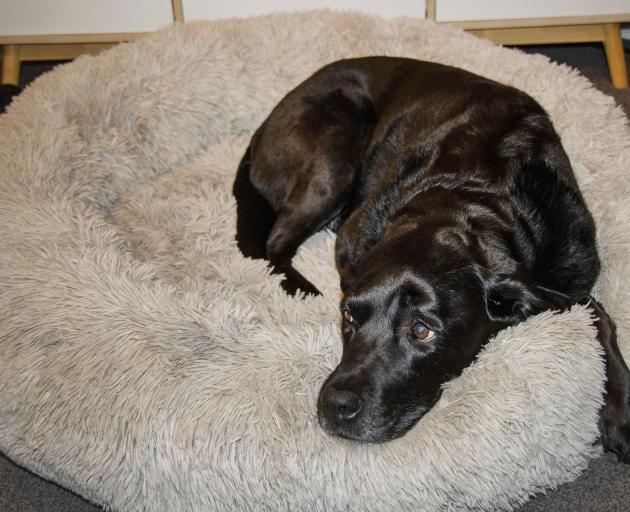 Sam Mano said Ruby will happily go up to anyone with a friendly face who calls out to her with the hopes they will give her food. Photo: Star News
Ruby was staring at Shannon and his friend as they approached the laundromat. He thought it was the dog that belonged to a homeless man who frequented the area.

So he approached Ruby but she took off. Shannon later found her curled up in a ball “soaking wet and cold” near a bus stop.

He walked Ruby back to his house nearby.

She was happy to go and after giving her some of his dog’s biscuits, she curled up on the couch.

Ruby stayed at Shannon’s place for the next two nights, as he tried in vain to find the homeless man in Linwood he thought Ruby belonged to - unaware Ruby’s owner Sam Mano was desperately posting on social media in a bid to track her down.

The ordeal started last Wednesday night when Ruby, who doesn’t wear a collar at home, went outside for a wee.

Mano, who has had Ruby since she was a puppy, went out looking for her for a couple of hours after she failed to come back.

“There’s that fear of people taking dogs for whatever reason ... it’s not a nice feeling having a family member go missing,” Mano said.

The Linwood Laundromat where Ruby was found. Photo: Star News
The next morning Ruby still hadn’t returned, so the Mano family began posting on Facebook community groups and lost and found pet pages hoping someone would know her whereabouts.

In total the posts had almost 500 shares and more than 100 comments from people showing their support for the family.

On Saturday, Shannon’s friend saw the social media posts and realised the labrador they had wasn’t the homeless man’s dog.

He contacted the Manos to come over and see if Ruby was theirs. He was surprised Ruby had got as far as she did.

“That’s quite a fair distance for an old dog like that, especially cold in the night ... no poor soul should be left outside in this cold weather,” Shannon said. 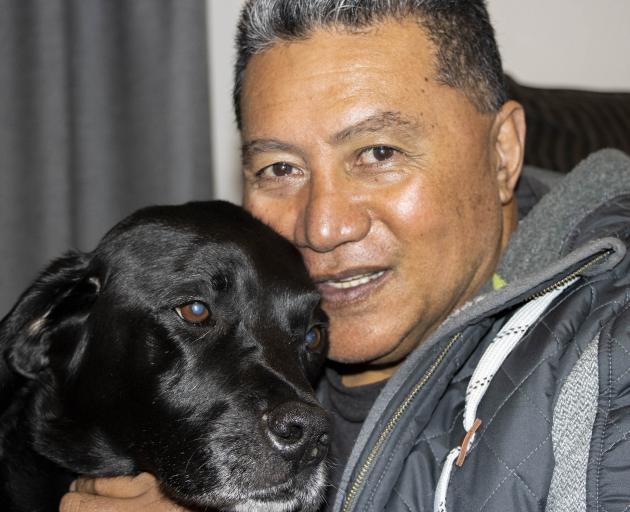 Sam Mano was amazed by the community support to help bring Ruby home. Photo: Star News
A $300 reward posted for the return of Ruby came at a “helpful time”, Shannon said.

Mano said when he arrived at Shannon’s house, Ruby began jumping up and down excitedly as soon as she saw his car.

“If you know Ruby, her tail flies at 100 miles an hour. Yeah, she was pretty happy to see us.”

Mano said Ruby’s return was a team effort by the community. It was amazing to see the response.

“The general public was amazing ... [we had] offers from strangers to help put flyers out,” he said.