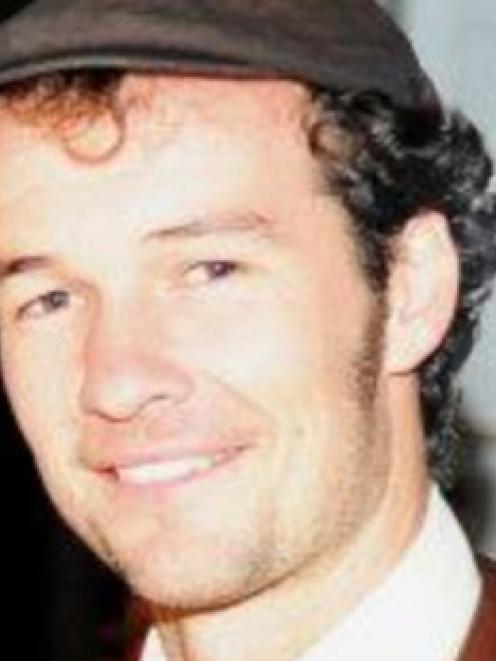 Nicholas Heyward
The brother of a New Zealand tourist shot during a daylight bag snatch in Argentina has paid tribute to him in a moving Facebook post.

Nicholas Heyward died yesterday after trying to fight off two teenagers on a motorbike who tried to steal his backpack. He was shot four times and died at the scene.

His brother Stefan posted on Facebook: "The loss of you will echo through my heart forever".

He said he "could not have asked for a better brother".

"Though time may dim the pain my thoughts will always drift back to remember the truly great person of upmost character and quality you were."

Mr Heyward, 31, a trained physiotherapist, is understood to have been on holiday, travelling in Chile, Argentina and Peru, where he had hoped to go rock-climbing.

He had lived in Australia for a number of years but had been teaching English while travelling.

The shooting happened just before 4pm local time in a park near the World Cup stadium, in the city of Mendoza, where Mr Heyward was staying. He was walking with an Australian woman and a French man when he was attacked, said Security Ministry sources in Mendoza.

As he grappled with the thieves for his bag, he fell to the ground and was shot in the neck and chest as the young killers fled on their bike, police director Juan Carlos Caleri told local media.

"They pulled him to the ground, where he was shot four times. He [died] within minutes of being shot," Mr Caleri said.

Emergency services found the man dead at the scene, he said.

The Security Ministry immediately offered a 40,000 pesos (NZ$5800) reward for information leading to the arrest of the offenders.

Motochorros, or motorcycle bandits, are a growing problem in the country. They are known to travel in pairs - one to attack a victim, while the other handles the motorcycle.

A fortnight ago in Buenos Aires, governor Daniel Scioli introduced a new regulation to force all motorcycle passengers to wear a helmet and reflective jacket showing the motorbike's number plate.

The move came in a direct bid to crack down on crime.

The Australian woman and French man were at the hostel last night and were distraught. It was a "strange" thing to happen as the area was normally safe, Mr Montalbini said.

The New Zealand Ministry of Foreign Affairs and Trade advised on its Safe Travel page that "distraction thefts and violent crime are an issue in Argentina".

"No resistance should be given if you are the victim of a robbery, as this could lead to an escalation in violence," the site advised.

A Ministry of Foreign Affairs and Trade statement said the ministry was aware of the "sad occurrence".

"The New Zealand Embassy in Buenos Aires is liaising with the local authorities to obtain details of the incident."

Ms Antun said the crime has shocked the city, and the public park is popular with families.

"The Martin Parque is very safe. It is a family place, it is a place where everybody runs. It was four in the afternoon, it's very strange. We are really, really sad and we can't understand why, because he was not in a very dangerous place.''

"We will go there and ask for justice and more security because this is a place where you go with your children, with your bicycle, where tourists go.''

Ms Antun said thieves on motorbikes, known as "montochorros'' are a problem in Argentina; however, they were not known to kill people.

"It's a problem because they are kids who rob, but they don't kill you. We don't know why they would kill the tourist,'' she said.

A desert region at the foot of the Andes, Mendoza is about 1050km west of Buenos Aires and is a wine tourism destination. It has a population of about 120,000.

It has long been one of the safer tourism destinations in Argentina, according to Lonely Planet, but economic difficulties had resulted "in an increased number of street crimes".

While tourists were not often the targets of such crime, "bag snatching and pickpocketing ... is on the rise".

In 2012, two New Zealand rugby officials were mugged near their Buenos Aires hotel shortly after the All Blacks had beaten Argentina at the inaugural Rugby Championship.

Mike Eagle, then chairman of the NZ Rugby Union, and director Gerard van Tilborg were set upon by two men who got away with Mr van Tilborg's Rolex watch. The thieves then fled on motorbikes.