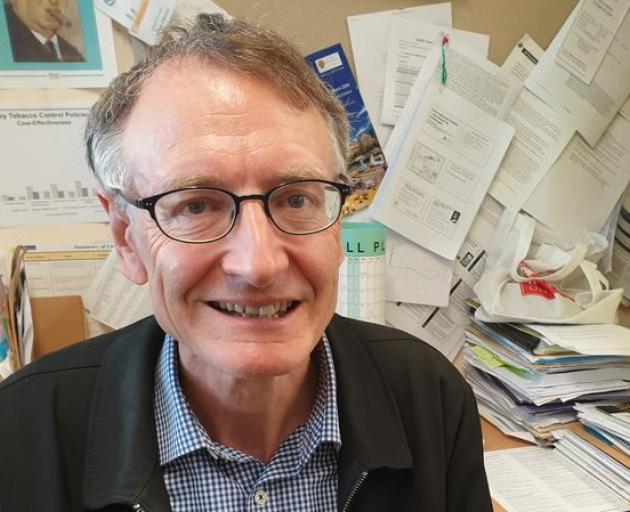 Otago University public health professor Nick Wilson is also calling for quarantine facilities to be moved out of Auckland, saying it is putting the largest city at risk of yet another outbreak.

Wilson today urged the Government to beef up pre-departure requirements for passengers coming here, telling Newstalk ZB's Early Edition host Kate Hawkesby authorities should be more worried than they were over the emerging contagious Covid-19 variants.

From Friday midnight all passengers travelling from the United Kingdom and the United States are now required to produce a negative Covid test taken in the 72 hours prior to departure.

But Wilson says until the vaccine is rolled out this will not be enough to keep New Zealand safe from new infection strains sweeping the globe.

"Pre-flight testing is really a very necessary move but it also needs to be really combined with a period of pre-flight quarantine, say in an airport hotel," he said.

"We also need to reduce the very large numbers still coming into the country from high risk places like the UK and the US."

Wilson said New Zealand was in a unique situation having accomplished a successful elimination strategy and it needed to put far more effort into protecting the country's Covid-free status with these new more contagious variants until the population was vaccinated.

While it posed logistical challenges having a transport hub, like Hawaii, where people could undertake their five days of quarantine in a hotel before flying on to New Zealand could make it logistically feasible.

"But this is all so much simpler than dealing with a large outbreak where you have to close down a New Zealand city so it's a very reasonable trade off."

He urged the Government to follow Australia's lead when it came to tightening the cap on how many people allowed into their country.

"They're accepting five times fewer travellers on a per capita basis than New Zealand is and they're also looking at better ways to do hotel quarantine, getting it out of hotels, which we know are not properly designed for quarantine."

He suggested the Government look at relocating managed isolation and quarantine facilities out of our most populous centre.

"It really does seem crazy to have MIQ hotels in Auckland.

"Maybe we should just move those people to other centres and spare Auckland the risk of an outbreak or use those Auckland hotels for the really lowest risk travellers say from Australia."

Wilson said if New Zealand wanted to remain free from community outbreak it needed to improve uptake of the bluetooth-enabled smart phone app and look at ways to increase testing.

But the onus lay with the Government who was responsible for the border and not doing a good enough job at the border, he said.

Today the Covid response minister Chris Hipkins told Newstalk ZB's Mike Hosking the Government's efforts to keep Covid at the border was working and close to being as watertight as possible.

He said the Government would be moving to extend pre-flight travel testing to other nations this week.

"My advice to anyone coming to New Zealand long haul, unless you're coming from Australia or the Pacific, is start planning to make sure you have the negative pre-departure test before you come."

There was concern at the rising proportion of positive cases in new arrivals however it was hoped widening testing would mean the number of number of infection cases in quarantine would be capped at 100 at any one time.

He said the Government was not looking at further reducing the number of people entering New Zealand along the same lines as Australia.

"You can only come in if you have a voucher and we're only issuing vouchers for the space that we've got available and the people we can safely accommodate. We've been doing that rationing for quite some time now anyway," he said.

"The manufacturers are focusing on sending them to the countries where thousands of people are dying every day. New Zealand and Australia are about the same place in the queue so we're likely to receive our first shipments around the same time and that will be sometime between now and the end of March."

"Maybe we should just move those people to other centres and spare Auckland the risk of an outbreak or use those Auckland hotels for the really lowest risk travellers say from Australia." Riiight, so you want the whole country locked down again eh? Are you going to pay for the lost productivity when it does because you said it should be so? No, didn't think so.

Maybe the prof needs to see that all (but 1) international flight goes to Auckland nowadays. Rotorua can not cope with further arrivals and the next stop is Wellington. Now that is s bit of torture: a 10-hour bus trip with no toilet stop (just like Rotorua which is 3 hours). Plus if an outbreak occurs, Wellington and the politicians would be locked away... hummm- maybe the prof is onto to something after all?