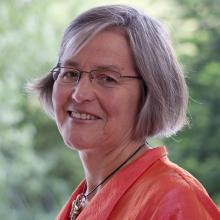 Eugenie Sage
Fishing groups fear legislation amendments will give the Department of Conservation greater ability to cull trout without consultation and potentially allow the sale of the game fish.

However, Conservation Minister Eugenie Sage says concerns are based on the misinterpretation of the Bill.

Otago Fish and Game Council chief executive Ian Hadland said some clauses cut across the statutory functions of its councils.

"That will concern Otago’s 20,000 anglers, who will worry that this could mean trout removals from some fisheries in favour of native fish and diminished protection on taking sportsfish by certain groups."

Fish and Game was not consulted, despite being an "obvious affected party", he said.

"The Bill as currently written may open up the possibility of the sale of sportsfish, which would change a century of legislation which has protected sports fishing as a purely recreational, non commercial pursuit."

However, he welcomed the increased recognition of indigenous freshwater fish through the Bill, he said.

"Next thing we know there will be wholesale netting of trout, as they will be worth money and there will be no fish left for the angler who enjoys the activity of sports fishing."

Ms Sage said the Bill was not intended to have any material effects on the "sports fisheries regime", so Fish and Game was  not identified as needing specific involvement.

There would be consultation through the select committee process for all interested parties, she said.

The Bill did not give Department of Conservation (Doc) freshwater fisheries management plans priority, as they already had priority, she said.

"It simply clarifies that if there is a conflict, Fish and Game does not need to rewrite their plan to remove the conflict.

"Far from being a provision intended to negatively affect Fish and Game management, it was intended to remove an existing potential risk for their regime."

The Bill did not impact the ability of Doc to remove trout and salmon, she said.

"To the extent that Doc already has that ability, that will continue. Doc has only done so in the past with Fish and Game agreement, in very specific circumstances."

The Bill did not open up the possibility for sale of trout, she said.

"If a new treaty settlement Act allowed sale of trout, that could occur. But no legislation can prevent Parliament passing new legislation that changes it, so the Bill does not make that possibility more or less likely to eventuate."