Vaccine rollout: 'We do need to be patient' - Bloomfield 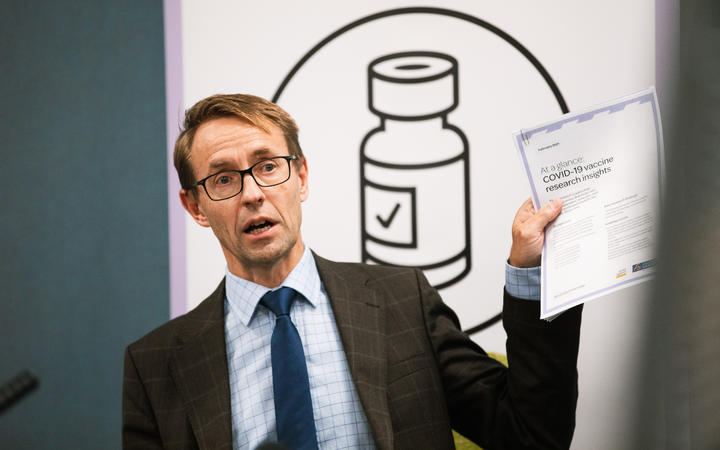 Dr Bloomfield has been answering questions on the government's vaccine roll-out live on Facebook today.

Responding to several questions about why New Zealand was being so slow at carrying out its vaccinations, Dr Bloomfield said there was a lot of work going on behind the scenes.

"We are similar to countries like Singapore. We are now at more than 300,000 people vaccinated and by July the rate will be accelerated.

"We do need to be patient. The important thing is we are rolling out the programme with no Covid-19 in the community."

Everybody will have the opportunity to be vaccinated this year, Dr Bloomfield said.

He said a lot of thought had gone into how people have been prioritised.

He said the groups were not fixed and the ministry was evaluating whether there are some people who need to be reprioritised.

Any health worker not yet contacted about being vaccinated should contact their local DHB in the first instance, Dr Bloomfield said.

Asked why young, healthy people should get the vaccine, Dr Bloomfield responded that most vaccines were for children - to protect them against diseases that cause a lot of harm. He added that the more people who are vaccinated, the greater the chance of herd immunity.

Dr Bloomfield's initiative on social media comes in the face of worrying misinformation about vaccination in recent weeks, including leaflet drops, an anti-vaccination magazine and the proliferation of conspiracy theories on the internet.

Some local district health boards have been struggling to hit vaccination targets, the worst being Northland, followed by Rotorua Lakes.