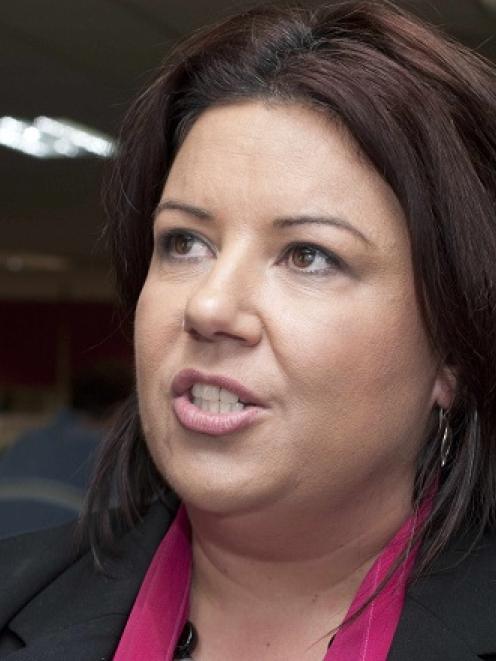 Paula Bennett.
Government support parties have railed against a move to give courts the power to stop child abusers and killers from procreating or being placed in charge of children.

Social Development minister Paula Bennett yesterday revealed people convicted of child abuse, neglect or murder could be barred from having children or have their newborn babies removed from them under proposed legislative changes.

Child killers and abusers could also be banned from living in a house with children, she said this morning.

He could not support any legislation as it had been portrayed, he said.

"I think it's fair enough to expect people who are receiving Government support to honour some responsibilities in respect of that support back to the state. But to intervene in their lives to this extent is, I think, utterly intolerable."

Maori Party MP Te Ururoa Flavell said he was uncomfortable with increased court intervention in the lives of parents.

"Aside from the fact that they may have been unlawful or have acted unlawfully, I think is going a little bit far."

Ms Bennett has rejected any suggestion of forced sterilisation, saying that was "a step too far" and the Cabinet had not discussed it.

However, the present system allowed unfit parents to have more children and to live with them, she said.

"We don't even do that with dogs that are abused. There can be sanctions banning people from owning a dog for five years, but we don't do that for children."

Ms Bennett said decisions to remove a child were made case by case, usually because previous children had been abused by the parents or because of mental health issues.

A court order issued when someone was being sentenced for child abuse or neglect would send a stronger message and act as a warning not to have more children. Parents would know in advance that the child would be taken from them if they did.

Critics have accused her of "dogwhistle" politics, arguing there is already sufficient power to remove children who are at risk.

Labour MP Annette King said it was unclear how such a change would differ from the current approach, under which CYF can obtain court orders to remove a baby.

"What will be different in this case? What is there in this that would make those children safer?"

Ms King said Ms Bennett was unable to provide any details about the measure, which indicated it was a half-baked policy to distract attention away from the Government's problems over class sizes.

The trust's experience working with at-risk families showed it was possible to turn people around to become effective parents.

She said an earlier suggestion of an alert system for pregnant women with a history of child abuse or neglect was a better alternative because it allowed early intervention into that family.

Sue Bradford, spokeswoman for Auckland Action Against Poverty, said Ms Bennett's idea was further state incursion into the reproductive lives of citizens, following on from the offer of free long-acting contraception to women on the benefit.

"There is no need to embark on this incredibly dangerous path towards complete government control of some women's reproductive rights. The courts will be expected to make judgments implying that a woman will never have a chance to reform or recover from whatever situation has led her to harm her child."

Ms Bennett emphasised no decisions had been made and the suggestions were among many that Cabinet ministers were considering as part of the white paper on vulnerable children.