Cunliffe expects to be consulted on 'Dirty Politics' inquiry 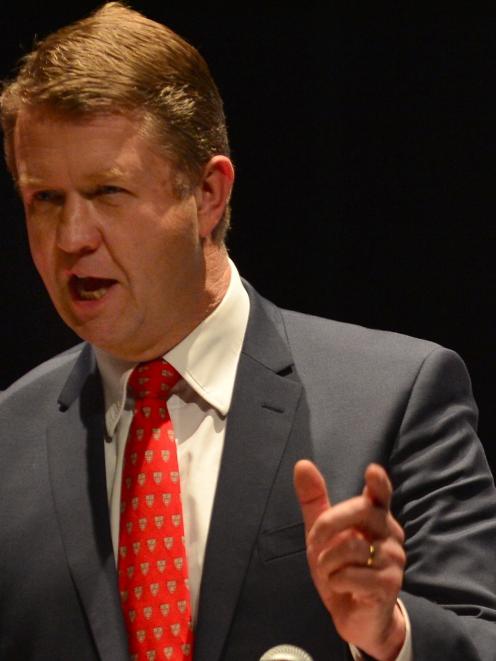 Mr Cunliffe also expected the inquiry to cast a wide net and investigate all of the allegations made against ministers and their staff in Nicky Hager's book Dirty Politics.

Prime Minister John Key launched the inquiry on Saturday after he was shown an email which suggested Mrs Collins was sharing information about then-head of the Serious Fraud Office Adam Feeley with right-wing bloggers while she was Justice Minister.

Mrs Collins denies any wrong-doing but has stood down while the matter is investigated.

Mr Cunliffe, speaking to reporters in Christchurch today, said he expected "as Leader of the Opposition" for Mr Key to approach him about the terms of the inquiry before the details were released.

"I understand that there is a constitutional convention around that," he said.

The Labour leader wanted an independent, well-resourced, broad inquiry with powers to sub-poena, powers to protect evidence, and powers to inquire not only from the former Minister of Justice's office but across all Government-related issues.

"I've certainly made public our willingness to sit down and work through in a bipartisan way the terms of reference for this inquiry that would restore public confidence in government and ensure that it's lifted above party politics," he said.

Labour wanted the investigation to be able to pursue issues of inappropriate behaviour by ministers and their offices in the Hager book and in the emails released by a hacker under the Twitter account Whaledump, as well as the new allegations about corporate directors and bloggers working together to undermine the SFO while it was under investigation.

Mr Cunliffe said it was also important that the Police Commissioner made a decision about whether police should separately investigate the allegations.

He had been advised that if the allegations were true then there could be breaches of criminal law.

Mr Key is expected to reveal the terms of reference soon.