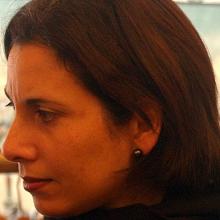 Deputy Prime Minister Bill English's wife Mary has made a rare foray into politics to urge Parliament not to legalise euthanasia.

A GP for 25 years, Mary English she had made a conscious effort to keep away from political issues but the debate about medically-assisted dying was too important for her to stay silent.

She appeared this morning before a select committee considering public attitudes to assisted dying in New Zealand.

"I have both in my professional capacity and in my personal life dealt with people who have been suffering, who have been dying - not always pleasant - and also with suicide," she told the committee.

Legalising euthanasia would be "unsafe" for people at risk of suicide, for her disabled patients, and for doctors, she said.

"As a health provider working with and alongside other providers to actively prevent patients from killing themselves, I don't think I would be alone in regarding it as both inconsistent and cynical public policy to regard suicide or medically-assisted dying as OK for sick, elderly or terminally ill people but bad for young and distressed people."

Suicide rates had risen in US states where assisted-dying had been legalised, she said.

English spoke of the potentially "divisive" impact of a euthanasia law change on the medical profession.

"It would erode the essential ingredient to the doctor-patient relationship, which is trust.

"Patients would worry about what our intentions or expectations with regard to euthanasia were, or whether we were trying hard enough because we had an expectation that they should choose a medically-assisted dying option."

Speaking to reporters after her submission, English said she had tried to stay out of politics.

"But I'm a doctor. That's my life, that's my vocation. I am an independent person in that regard. And it's really important.

"Also, it would be myself and my colleagues you would be in the firing line.

"Any legislation that I read would ask us to do this, or to justify why we wouldn't do this."

Bill English and his wife are both practising Catholics. The Deputy Prime Minister has previously said he is opposed to euthanasia.

The committee also heard this morning from Olympian Anne Hare, who said she supported voluntary euthanasia.

Hare, a long-distance runner and former member of the NZ Olympic Committee, said her position was influenced by the difficult death of her father-in-law Rene Oswald Hare two years ago.

"The end of his life was not pleasant... He asked many times if he could stop eating. At one point he had to be fed through a tube in his stomach. He refused to have that done to him again.

"He had cancer growing out of his head. He had to wear a hat all the time because he was so embarrassed about the way he looked.

"When a person is in that situation, they should have the choice to die."

She said her father-in-law wanted to be surrounded by family when he died, which would have been possible if he chose his moment of death.

Instead, the family missed his final moments.

"His wife got the call around 5am to say I think he's going. She was so exhausted from having visited him every day and every afternoon she had taken a sleeping tablet, couldn't quite comprehend what they'd said and went to sleep.

"She woke up again about an hour later. So he died with a doctor and a nurse, which breaks my heart."

'YOU DON'T KNOW UNLESS YOU'RE THERE'

Another submitter, Hugh Barnes, also supported a law change because of the "endless, pointless suffering" of his wife Val, who had debilitating multiple sclerosis.

Barnes said it was all very well for some people to argue that life should never be ended.

"My answer to this is I think if they were in my position, with the possibilities ahead that I face, they would think otherwise for the sake of their loved one. You don't know unless you're there."

Val was admitted to hospital two years ago because of her worsening condition and his inability to look after her at home.

"This was a black time in our lives. Val in hospital and me at home riddled with guilt," Barnes said.

It was extremely upsetting for him and his wife of 50 years to see patients with more advanced conditions at the same hospital.

"We know a time may come when life for Val may also become intolerable and pointless.

"Once life becomes painful and miserable, with no hope of improvement, surely the person should have some choice as to whether or not medical techniques should be used to gently end their life and put them and everyone involved at peace."

"... If Val and I knew some such choice was available in certain circumstances we would now feel a little bit easier with regard to the future."