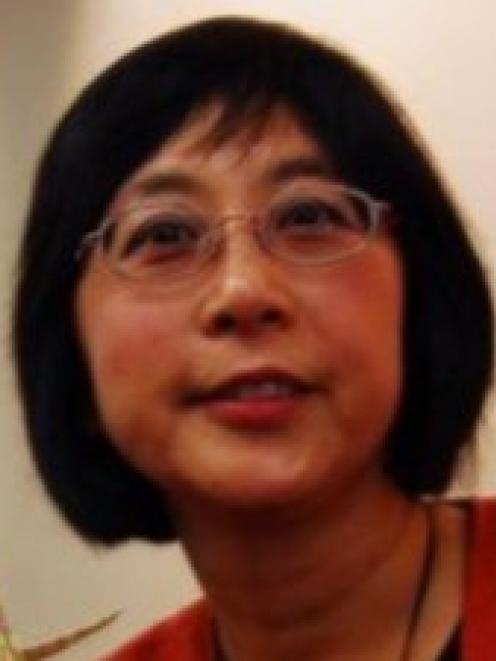 Pansy Wong
Labour has discovered more information suggesting Pansy Wong's involvement in private affairs while on publicly funded travel extended beyond the signing of a document.

Mrs Wong resigned from her ministerial portfolios on Friday after admitting her husband, Sammy, conducted personal business while on a taxpayer funded trip to China in late 2008.

That included her as a witness signing a document involving a partnership between Pacific Hovercraft NZ and Lianyungang Supreme Hovercraft in China, which Mr Wong was listed as a director of. In the signing she made her ministerial credentials clear.

Translated, the website lists Mrs Wong's ministerial portfolios and talks about her meeting Chinese officials in the city of Lianyungang.

It said Lianyungang occupied a "unique strategic position and has a tempting future, the hovercraft business invested in by her husband Sammy Wong and Terry Yang...has been developing fast".

The article went on to say the reputation of the city would be further promoted through the company's product sales and the introduction of supporting facilities. The hovercraft deal has since gone sour.

Mrs Wong has been granted a week of leave from Parliament and told Prime Minister John Key on Friday that she couldn't guarantee the misuse of the travel subsidy was a one-off.

Parliamentary Service is investigating her historic travel arrangements and a spokeswoman from Speaker Lockwood Smith's office said today: "All relevant matters will be investigated and the report is expected within three weeks."

Mr Key said he didn't know any detail about the Botany office issue, but said there could well be legitimate reasons, including that it could simply be a mailing address for the businesses.

He said he hadn't spoken to Mrs Wong recently, but would advise her not to publicly discuss the allegations against her until she had seen the Parliamentary Service report.

"She needs to come out of hiding, she needs to front up and explain why she misused the taxpayers' money to support her husband's business interests...and John Key has to stop protecting her."

He said if it turned out Parliamentary Service was paying for an office from which private business was also being conducted that would be unacceptable.

Other MPs had been prosecuted for similar actions, and if wrongdoing was found police were likely to act consistently with how they had in the past, Mr Goff said.