Labour leader Andrew Little has emerged from his Ratana visit unscathed and confident his party's relationship with the influential Maori church has been restored. 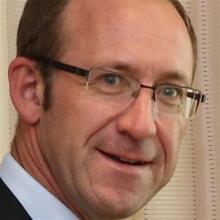 The fireworks were instead provided by economist and Opportunities Party leader Gareth Morgan. At a usually respectful event, Morgan prompted a war of words with New Zealand First leader Winston Peters by calling him a racist and an ``Uncle Tom''. That provoked Peters into calling him a ``toothless sheep'' and a ``thinned-down Kim Dotcom''.

The Ratana event marks the birth date of the church's founder Tahupotiki Wiremu Ratana and is the traditional start of the political year. Bill English made his first visit as Prime Minister yesterday and Opposition parties took their turn today.

Mr Little arrived at the pa near Wanganui under pressure to restore Labour's relationship with the Ratana Church. The Maori Party, which recently won the support of the Kingitanga Movement, made a strong pitch for Ratana's support yesterday, calling for a ``One Maori'' movement.

Speaking on the pa, Mr Little he said he took the relationship between Labour and Ratana seriously. Rather than simply turn up for the headline event, his MPs had been meeting with the church regularly over the last 12 months.

He wooed the church's 30,000 followers by pledging to financially support its centennial celebrations in 2018 if Labour was in Government. Ratana was ``an important figure in the history of Maoridom'' and were ``entitled to some support'', he said.

In a 10-minute speech which included a brief Te Reo introduction, Mr Little also criticised Prime Minister Bill English's comments at Ratana yesterday. Mr English told Ratana members to ``reawaken the spirit of enterprise'' among Maori because Government had ``reached the limits of what government can do - government grants, programmes, more public servants.''

Ratana Church senior secretary Piri Rurawhe told the Herald that Mr Little's comments were ``well received'' and there was none of last year's criticism.

Mr Rurawhe said he did not agree with Maori Party co-leader Te Ururoa Flavell's claim yesterday that the historic Labour-Ratana alliance was ``finished''.

``The relationship is still there. The question we are asking ourselves is where do we move to from here?''

``Have they done enough? None of the political parties have done enough. But what they have committed to doing is to build on the relationship so they can do more for us.''

Speaking to reporters after his speech, Mr Little described the Maori Party's claims about Ratana as ``high-level trash talk''. He has all but ruled out a post-election coalition with the Maori Party and the Mana Movement, who are considering an agreement to work together.

The Maori Party has agreed to step aside in the Te Tai Tokerau seat to allow Hone Harawira a clear run at the general election. Labour's Kelvin Davis won the seat with a 743-vote majority in 2014 while the Maori Party candidate won 2579 votes.

The Green Party are also planning to run a candidate in Te Tai Tokerau for the first time this year, possibly taking more votes from Labour.

Mr Davis said today he remained confident of a victory in Te Tai Tokerua, saying it would be a different contest this year because he had built up a bigger profile in Parliament.

``I think the slate's clean and people are seeing me in a different light than they did three years ago.''

Mr Davis has been one of Labour's most high-profile MPs because of his outspoken criticism of private prison operator Serco and his defence of New Zealanders in Australian detention centres.

Green Party co-leader James Shaw also spoke at the pa today. He said the Green Party had made great strides in its relationship with Maori. A third of the Green caucus were now Maori and the party's vote had tripled within the Maori electorates, he said.

The party is making a new push within the Maori electorates, and co-leader Metiria Turei yesterday announced she would run in Te Tai Tonga, pitting her against Labour's Rino Tirakatene.