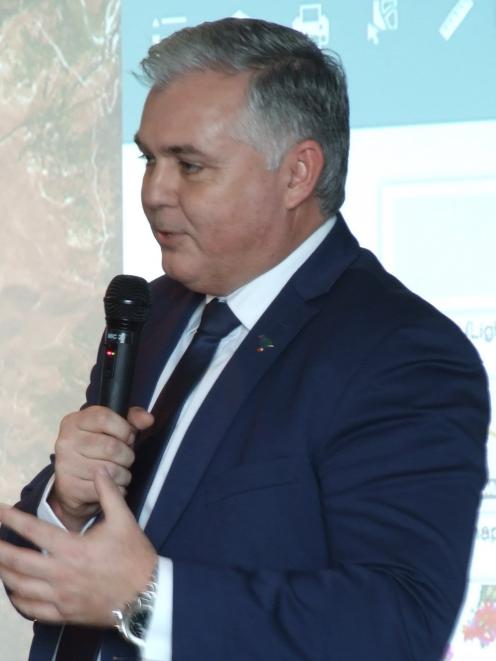 Now there are four: Mark Mitchell has confirmed he will contest the National Party leadership.

Mitchell confirmed this afternoon that he will contest the position vacated by Bill English.

Mitchell, a former police dog handler, said National was built on very strong foundations and had 80 years of history of delivering.

He said what set him apart was his leadership ability and a strong track record building a team.

"The reason I am putting myself up for the leadership is because I want New Zealand to be an even better country."

He said he wanted to hold the "shambolic Government" to account.

"I'm not scared of taking on an opponent."

Mitchell said he has "very strong support" but would not state how many MPs were backing him.
He ruled out going for deputy.

Mitchell has taken on Clark Hennessy - a former staffer - to help with his campaign. Hennessy was one of those NZ First leader Winston Peters had included in legal action over the leak of his super overpayments.

Steven Joyce is also yet to show his hand after revealing he was considering it himself.

Mitchell has been in Parliament since 2011 and was Minister of Defence prior to the change of Government last year. He will be the least politically experienced of the contenders.

Mitchell is a former police dog handler and security consultant in Iraq.

The replacement for outgoing leader Bill English is expected to be voted on by the National Party caucus in eight days.