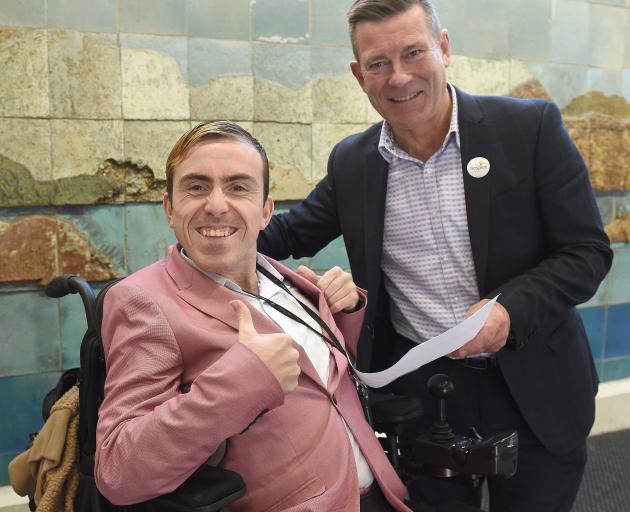 Joshua Perry hands over his disabled rights petition to Michael Woodhouse to present to Parliament. PHOTO: GREGOR RICHARDSON
It is a common refrain that politicians never listen to the people.

That is not quite true ... they usually are listening, but if you are complaining that probably means the politician in question simply does not agree with you.

If you really want a politician to listen, though, Parliament provides a tool just for you.

The petition has been around since the ancient Chinese and Egyptians, and it has survived to the modern era for one simple reason: it works.

Of course, not all petitions are created equal.

The 141 open petitions before the New Zealand Parliament include Helen Paddison's plea that all forms of medical treatment, surgery, and medication be made illegal - "God our creator heals everyone he needs to," apparently.

In another of Helen Paddison's many petitions she calls for a wide range of other things to be made illegal, which includes "wrong entertainment such as ballet dancers in tights".

It is a reasonably safe bet that hospitals and hosiery will not become criminal enterprises but Parliament will entertain a petition if no legal avenues, such as the Ombudsman, are available to the applicant.

The petition also has to be on something Parliament can change: its advice to petitioners is you cannot ask for Parliament to make the sky green.

Since last year, petitions can either be in the traditional sheets of paper format or can be signed electronically through Parliament's website.

It is this avenue which has seen one southern petition, that of cancer patient Blair Vining calling for better cancer care for all New Zealanders, close in on 29,000 signatures. 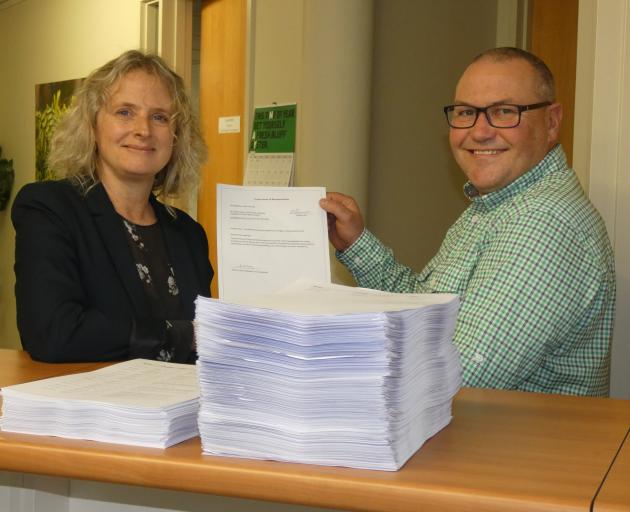 Petition organisers the Care Alliance will be disappointed, Ms Curran intends to vote yes, but at least they were listened to.

While Blair Vining's petition has a high profile, it is not the only southern petition to hit the headlines.

The outcome of Clutha Southland National MP Hamish Walker's petition, which calls for the Lumsden Maternity Centre to be saved, is pending, but a messy war of words between all parties has erupted in the meantime.

Notwithstanding that, and whichever way the health select committee decides on the petition, expect procedures around meeting health service delivery requirements to be tightened up.

The petition of North East Valley resident Joshua Perry, who has cerebral palsy and who has been waiting many months for his home to be upgraded to match the needs imposed by his disability, was presented to Parliament on Tuesday.

Mr Perry has raised an issue which affects thousands of New Zealanders and which will only get worse as the population ages; this petition may well make a significant difference in many people's lives.

Coincidentally, Otago academics Marcelo Rodriguez Ferrere, Mike King and Levi Larsen last week released a significant piece of research on animal welfare, which highlighted issues of consistency in decisions to prosecute, let alone what decisions judges make when a case finally makes it to them.

Animal welfare and provision of health services are areas where the Government promised to make strides; actions like lodging a petition help to hold them to account.

Don't expect any movement on ballet tights though.

The township of Otama got its 15 minutes of fame and then some in Parliament on Wednesday.

The local Bill to bring into effect changes to its water scheme, brought by Central Otago-based NZ First list MP Mark Patterson, was uncontroversial and should have been passed swiftly.

However, National, keen not to race too quickly through the Order Paper and reach David Seymour's End Of Life Choice Bill, was on a go-slow, with its speakers taking as much time as possible to expound the virtues of the Gore District Council (Otama Rural Water Supply) Bill.

National Dunedin list MP Michael Woodhouse has had a fruitless week trying to get the answer he wants from Health Minister David Clark in regard to a range of health statistics.

The Ministry of Health website has been very slow in updating figures - an issue in its own right - but what numbers it has offered have seen Mr Woodhouse draw some alarming conclusions as to elective surgery rates and barriers to GP visits.

Dr Clark has proven elusive, though, arguing that Mr Woodhouse's figures either do not reflect the true picture or that he is "cherrypicking" numbers to suit himself.

Expect this gathering of low-hanging fruit to continue for some time to come.

Cabinet ministers this week released their diaries, a pro-active move intended to enhance transparency in decision-making.

We all know politicians work long hours, but David Clark's diary shows 12-hour days are the norm, not the exception - and bear in mind these are just the appointments related to his role as a minister.

His 2018 diary weighed in at 85 pages and shows Dr Clark is tightly scheduled: some listed appointments are for just five minutes.