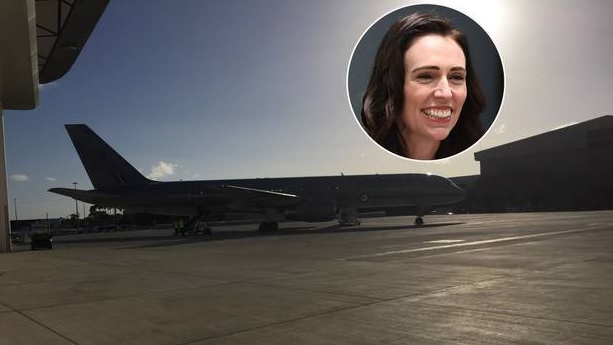 Ms Ardern was meant to fly back to New Zealand tonight, but issues with the aircraft have kept it grounded.

It is unclear at this stage if Ms Ardern will be flying to New Zealand commercially, or remaining in Australia.

Details around why the plane is grounded are unknown at this stage.

A day before the trip, the plane was encountering issues.

A spokeswoman for the Prime Minister said she was not able to say if Ms Ardern would be flying out commercially tonight for "security reasons".

She would also make no further comment about what was wrong with the aircraft, or when it might be operational.

The 757s have run into trouble before. Former prime minister John Key was stranded in Townsville in 2016 when one of the 757s broke down during a stopover on the way to India - requiring a backup plane to be sent.

the world looks on in despair