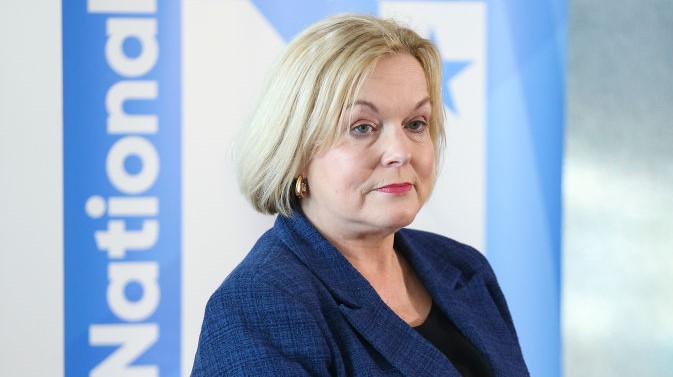 National Party leader Judith Collins. File photo
The National Party's old private pollster has the party's support crashing to historic lows, while Act New Zealand is closing in on it.

A Curia poll, conducted for the Taxpayers' Union, has National on just 21.2 percent, with Act not far behind on 14.9 percent.

The result is only a whisker above National's worst-ever election result, 20.93 percent in 2002. It is the closest National and Act have ever been in the poll.

National's support has cratered in the poll. It was on about 30 percent in July.

National would lose four seats on those numbers, down to 29. Act would get 19.

Labour would have 58 seats, and the Greens 12. Te Paati Māori would keep both its current seats.

The poll was conducted from Sunday, September 5 to Thursday, September 9, with the median response on Tuesday September 7. The sample size was 1000 eligible New Zealand voters.

That period takes in a particularly difficult period for Collins' leadership. It includes the fallout from a difficult interview with TVNZ's Indira Stewart.

It was the second poll released on Wednesday - a leaked UMR poll, taken earlier in the lockdown painted a slightly less dire picture for National.

The UMR poll from August 31 to September 6 had Labour up two points to 45 percent, and National back down to 26 percent.

Act was holding steady on 13 percent, and the Green Party was down 1 on 6 percent. NZ First was at 4.1 percent.

In early August, Labour was at 43 percent in the same poll – its lowest result since February last year, before Covid-19 arrived.

There have recently been calls from within National for a change of leadership. Those calls could intensify on the back of this poll.

Gosh!
Clearly the changes that crusher Collins promised to make are kicking in. Can’t argue with results like that.

Judith Collins has been a huge disappointment.

Her efforts to be labour-lite and her inability to hold the labour party to account are making people leave national in droves.

At the moment there is so little difference between national and labour that I'm forced to think "a pox on both your houses". Neither party is standing up for ordinary working Kiwis and neither will get my vote.

I want a party that lowers my massive tax burden (I'm a lowish income earner who pays WAY too much) and that makes it possible for my kids to eventually own their own homes in their own country. I'm heartily sick of the "victim-and-beneficiary" class that are leeching off everything we work hard to build, and fed up with politicians who promise everything and deliver nothing.

Everything on offer from Wellington looks truly awful. I want none of it.

I can see why you might think that
But there are differences between the parties even though both National and Labour are tending to the right of centre. Clearly Labours Covid strategy is primarily focused on preventing deaths of ordinary kiwis. If National or Act had been in power and put into effect the strategies they have been pushing our death toll would be in the hundreds and we'd be more like New South Wales in Aus than the fortunate position we are in. Also another difference is the inability of National govts to avoid budget deficits, especially when they were under the control of Key and Joyce
And I disagree with your classification of the "victim and beneficiary" class that are leeching of everything. I get the impression you are talking about solo mums, the unemployed, and the like. These people are not the problem. The biggest bludgers in our society are businesses who avoid their tax obligations. The tradesmen who do cash jobs and don't declare them, the GST fraudsters, the so called medical professionals who milk the medical subsidy system. On top of this are the deadbeat dads who don't pay their child support. those are the real parasites.