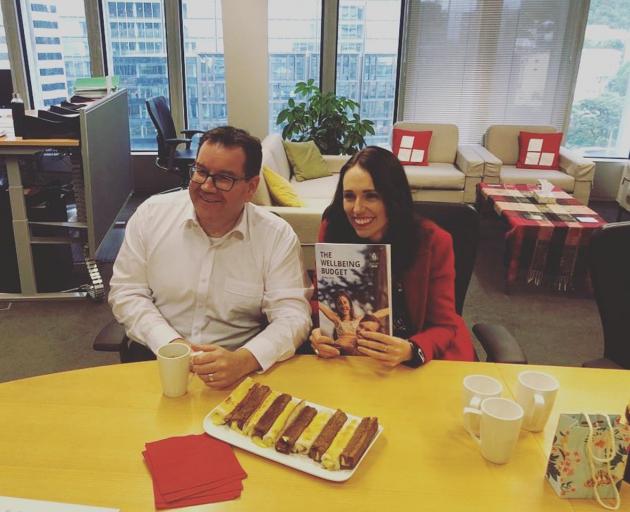 PHOTO: TWITTER
Computers and government have been a major issue this past fortnight with the fallout from National accessing Budget data still proving dangerously radioactive to a range of politicians and civil servants.

Without quite the same amount of attention, the University of Otago's New Zealand Law Foundation Centre for Law and Policy in Emerging Technologies and allied researchers have recently produced two reports which explore dimensions of computer usage and politics far in advance of searching a website and striking it lucky.

The most recent, Government Use Of Artificial Intelligence in New Zealand, featured an Otago team delving into the complex and evolving world of algorithmic data analysis and public policy.

This may sound a little geeky but bear with me; odds on you, me, and everyone else has been affected by this in some way, whether they know it or not. 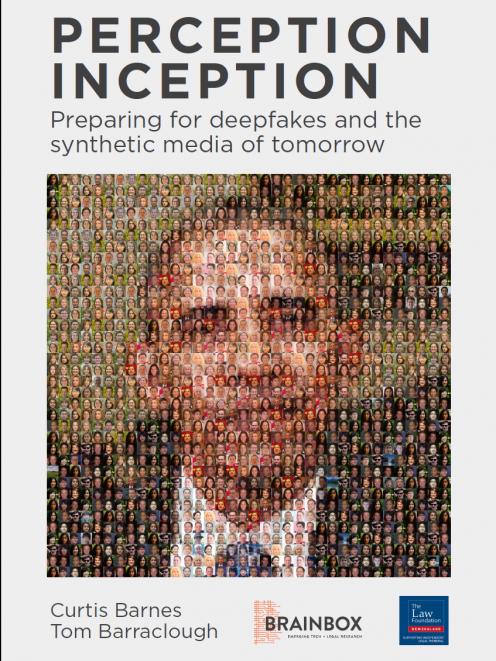 For some time, various arms of the state have used equations to make decisions, with varying degrees of transparency, contention and effectiveness.

Everything from school bus route planning to calculating tax status, from processing at-risk visa applicants to rating the chance of a family harm incident have been run through the algorithmic mill.

Most controversy has erupted in the health and justice spheres, where decisions based on algorithmic interpretation have determined the priority and type of treatment, or assessed a criminal's odds of reoffending.

Generally in New Zealand, most AI tools used by our Government have been developed in-house, rather than having someone pop down to the shop and buying something.

That means anyone assessing their value at least knows how the tool was written, by whom, and for what ... but it does not rule out the chance that the tool's efficacy may be hindered by bias, conscious or otherwise.

The use of such tools is widespread, but until recently there has been relatively little thought about their wider implications.

A year ago, when still Minister for Government Digital Services, Dunedin South MP Clare Curran launched an "algorithm stocktake" to find out just who was using which tool for what purpose.

Its findings, released in October last year, that we weren't in a 2001: A Space Odyssey situation and that humans rather than computers were still in charge might have heartened some, but Otago researchers were not entirely reassured.

Keeping a human in the decision-making loop sounds all very well but they argue what tends to happen is that the person concerned gets to trust the computer's accuracy, hence nullifying their impact.

The report, by Colin Gavaghan, Alistair Knott, James Maclaurin, John Zerilli and Joy Liddicoat, recommended all predictive tools used by the Government should be publicly available, along with an explanation of how they work which you do not need a degree in higher mathematics to understand.

This is not future-proofing, rather it would hopefully create a structure around the current unplanned development to try to avoid unintended consequences.

A regular audit to ensure such tools are fit for purpose is also essential. If the debacle about the most recent census has taught us anything, it is that numbers - and the process by which we obtain numbers - really matter.

There is more significant work to come from these researchers. 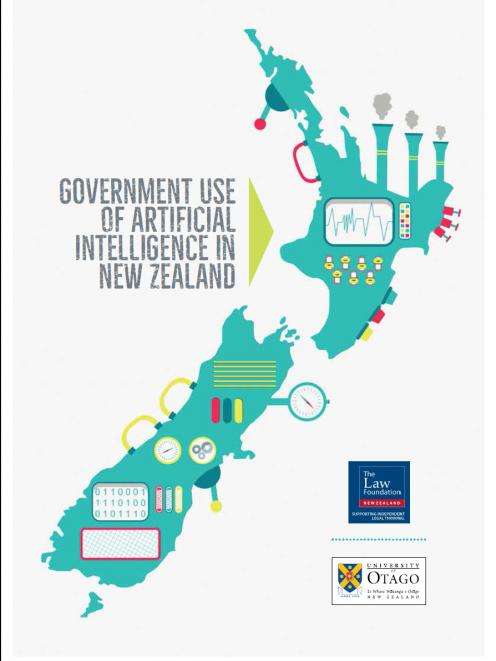 The other report, by Otago graduates Curtis Barnes and Tom Barraclough, explored the issue of synthetic media - or fake media, if you prefer.

This one does sound more science fiction - the issue ranges from minor digital editing to the creation of entire video clips which look authentic but are instead created from scratch.

Among other things, the authors explored the legal implications of fake videos and whether the New Zealand legal system is tooled up to deal with them.

This is another instance in which fiction is already fact: manipulated videos or "deep fakes" have been in issue in overseas election campaigns, and it would be naive to assume similar such attempts to sway voters might not be on someone's agenda for 2020.

At the central government level, driven by Ms Curran, there was formerly some momentum in attempting to deal with the issues raised in these reports.

Now? There has only been one press statement issued this year by the current Minister for Government Digital Services, Megan Woods.

Regardless of the circumstances of Ms Curran's departure from the portfolio, this was an important area in which she was making discernable progress.

These two reports highlight issues which are not going to go away, and which the Government needs to maintain focus on - especially in the wake of the Christchurch attacks, when the appalling ways in which technology can be misused was starkly demonstrated.

You might think the early release of confidential information was the main issue concerning politicians regarding the Budget, but you would be wrong.

Southlanders took issue with the "delicacy" being referred to as being from Dunedin, dietitians questioned if the snack really constituted "wellbeing", but the biggest talking point was whether brown bread was permissible for cheese roll usage or not.

In other food-related Parliamentary news, last Saturday as Parliament sat under urgency to pass Budget legislation, Waitaki MP Jacqui Dean was in full flow on the Immigration (International Visitor Conservation and Tourism Levy) Amendment Bill when a cellphone started ringing on the other side of the chamber.

"Well, Stuart Nash is shouting," the Speaker said, with Mrs Dean then ordering scones and cream from the menu.