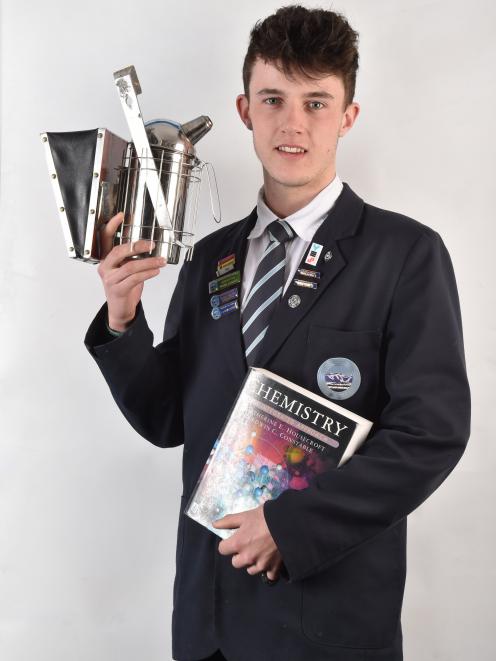 Pete calls himself a very outdoors person so his start-up business, Pete’s Bees, is "perfect for that".

Pete first became interested in bees when he was a small boy and a family friend kept a hive on his parents’ farm. Six years later, a swarm of bees turned up and he was allowed to use an old hive to put the bees in and "it sort of went from there".

In 2017, he was studying business studies and needed to run a business so started Pete’s Bees.

He now has five hives of his own and looks after 25 hives for another farm.

"I find bees absolutely fascinating, how they live, how they produce honey and reproduce, and the network that exists between them, there is so much you can learn."

Pete sells his honey and bee products through local businesses, which "are very supportive", and has just entered the Young Enterprise Foundation programme.

Pete's other love is sports, especially skiing. After a trip to the skifields with his mother several years ago he was "hooked".

Pete is hoping to start a course in ski patrol and avalanche safety next year.

"Skiing ties in with keeping bees quite nicely as the bees are hibernating during the winter!" 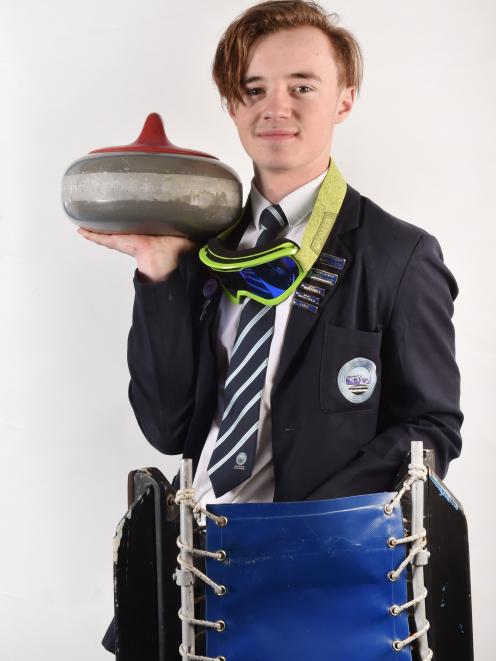 After becoming involved with the Naseby Ice Rink, Luge and Snow Park when his parents were volunteers there, Sam tried the sport of natural luge when he was 12 and, ever since, it has been his passion.

Sliding down a mountain in a small one-or two-person sled face-up and feet first, Sam said it was the speed and the skill required that attracted him to the winter sport.

"It is a really intense and exciting sport, and I love the competitiveness, too."

Sam has represented New Zealand at natural luge sporting events every year since 2017.

He is currently part of a three-man team and is also national coach for athletes and tourists.

"Most of our training happens overseas during the northern winter and our two-month summer vacation where we train with other competitors from a whole lot of other countries with coaches they provide."

Sam’s best achievement so far was to come 22nd at the junior luge natural track world championships at St Sebastian in Austria in January and February this year.

Describing himself as determined, hard-working and focused, Sam has set himself a goal of beating that by becoming one of the top 10 junior luge competitors in the world.

Curling is also a big part of Sam’s life, and he made it to the finals in the selection for the New Zealand curling team for the Youth Olympics.

"I enjoy the way it is a team sport and how you have to play really well with the other players.

"It is also a really strategic game and the precision that it takes is appealing, too."

Sam spends up to 20 hours a week throughout the winter volunteering at the Naseby Ice Rink, including making ice on the luge track.

When he is not at the rink, playing music is his other passion.

Achievements: Represented New Zealand in natural luge (2017-20), two-time national champion, competed in junior and senior world cups/championships in Italy and Austria; finalist in selection for New Zealand curling team for Youth Olympics; winner New Zealand curling tournaments; volunteer at Naseby Ice Rink; St John Grand Prior Award recipient; School PRIDE values leader and school cultural leader.
Role models: Jack Leslie, of Christchurch, "who is the kind of athlete and person I aspire to be".
Hopes for the future: To be in the top 10 in the junior and junior world luge races and eventually the senior races. I plan to go to university next year but as yet am undecided on which course.