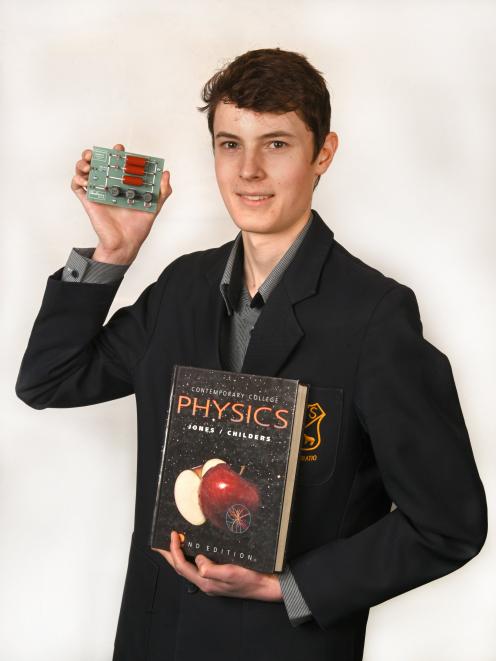 In January, the 17-year-old all-rounder attended the Rotary Science and Technology Forum at Auckland University, and came away with a much clearer view of his future study interests.

"I got talking to a student mentor about engineering, and it was a good match for my interests. I like designing and creating things, so I’m planning to study mechanical engineering at Canterbury next year."

Preferring to keep his mind active and explore the intricacies of how things work, Callum is more likely to be found solving a Rubik's cube or constructing his own PC than sitting in front of the telly.

"I’ve been learning some new card tricks lately. In a way, it’s more about the learning itself and what it teaches you, than the end result."

Despite being ready to spread his wings and enter the next phase of his education, Callum says he will retain positive memories of his time at high school.

"I think because Toko is a smaller high school, the teachers can give more personal attention to each student. It’s been good."

Not satisfied with his considerable academic achievements alone — gaining NCEA levels 1 and 2 endorsed with excellence — the young Waihola native also gives his best in sporting and musical fields.

"I’ve been playing guitar for the past three years, and I’m studying NCEA level 3 music this year.

"I’m into music theory, as well as playing. It would be good to write more of my own music. Bob Dylan, Eric Clapton are inspirations — classic rock guitar."

An early interest in football has been superseded by hockey for the past three years, and Callum has taken the field for the senior A Toko team.

He said receiving one of his school’s two Class Act nominations had been "a pretty big deal".

"I didn’t really expect it, to be honest. My family’s pretty proud."

Principal Glenis Sim had no doubts about his eligibility, however.

"Callum’s commitment to learning is an example to his peers and a real credit to him. He’s a gifted young man with a great future ahead of him," she said.

Achievements: NCEA levels 1 and 2 endorsed with excellence (2018-19); senior A hockey (2018-20); Rotary Science and Technology Forum (2020).
Role models: No role model.
Hopes for the future: Studying mechanical engineering at the University of Canterbury. 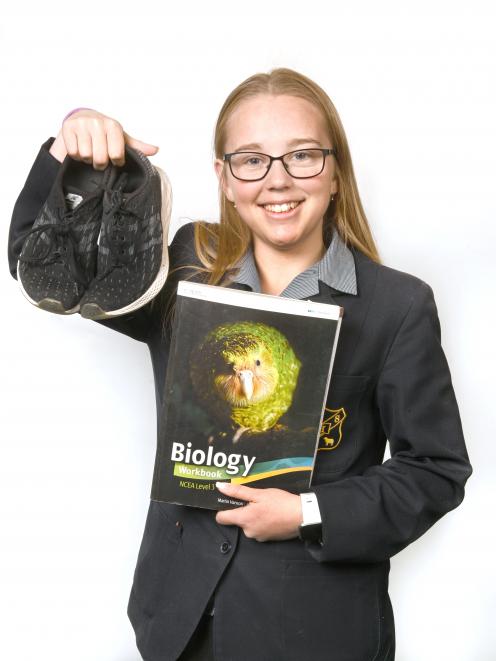 The 18-year-old all-rounder likes to test her mettle in both academic and athletic fields.

Having achieved NCEA levels 1 and 2 with excellence, level 3 looks certain to follow this year.

Tarryn won her school’s senior track championship both this year and last, and cross-country in 2018 and 2019.

Turning out at centre for Toko’s senior A netball team keeps her sharp on the court.

She says long-distance running is her chosen form of relaxation, along with reading.

"I don’t have any patience for TV. I’d much rather sit down with a good book, or head out for a run."

Strongly engaged with her school community — as a peer support leader, student council member and house leader — Tarryn’s caring instincts may have influenced her choice of tertiary study next year.

"I’d like to study health sciences at Otago. I’m not sure what I’ll end up doing later, but maybe a career in radiology, radiotherapy or pharmacy.

"It’s a good time to be going into that field locally, with the Dunedin Hospital being built."

There may be something in the water at her Tokoiti home, as big brother Matthew was also an Otago Daily Times Class Act nominee, in 2016.

A little sibling rivalry may not always be a bad thing, Tarryn jokes.

"There’s always been a bit of competition between all of us, me, Matthew and [twin sister] Regan.

"My family’s pretty happy I was nominated, and I think Matthew’s secretly quite proud, although he wouldn’t admit it. All I got was ‘Yeah, chur’. "

Despite looking forward to her next steps in life, Tarryn, too, acknowledges her strong attachment to South Otago.

"I’ll always come back to home, friends and family."