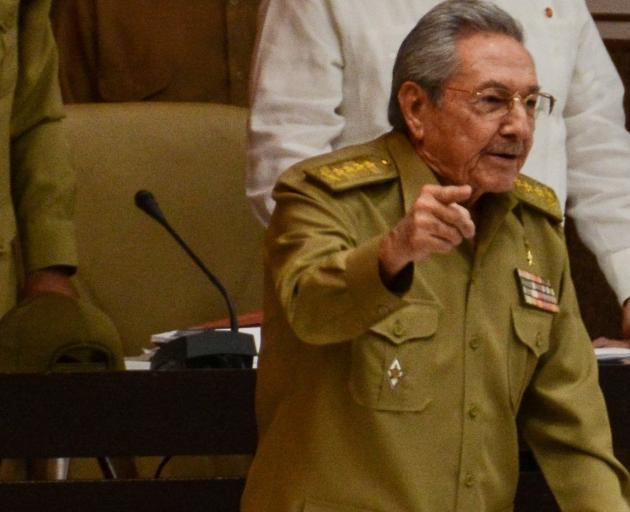 Raul Castro became acting president when his brother Fidel fell ill in 2006 and later in 2011 party leader, launching a raft of social and economic reforms. Photo: Reuters
Raul Castro has confirmed he is over the leadership of the Cuban Communist Party to a younger generation at its congress that kicked off, ending six decades of rule by himself and older brother Fidel.

In a speech opening the four-day event on Friday, Castro said the new leadership would be party loyalists with decades of experience working their way up the ranks and were "full of passion and anti-imperialist spirit."

The 89-year-old had said at the previous party congress in 2016 it would be the last one led by the "historic generation" who fought in the Sierra Maestra to topple a US-backed dictator in the 1959 leftist revolution.

He already handed over the presidency in 2018 to protege Miguel Diaz-Canel (60) who ran the party in two provinces before joining the national government.

The new generation of leaders, which did not forge itself through rebellion, has no easy task. The transition comes as Cuba faces the worst economic crisis since the collapse of former benefactor the Soviet Union, while there are signs of growing frustration, especially among younger Cubans.

"I believe fervently in the strength and exemplary nature and comprehension of my compatriots, and as long as I live I will be ready with my foot in the stirrups to defend the fatherland, the revolution and socialism," Castro told hundreds of party delegates gathered at a convention centre in Havana. 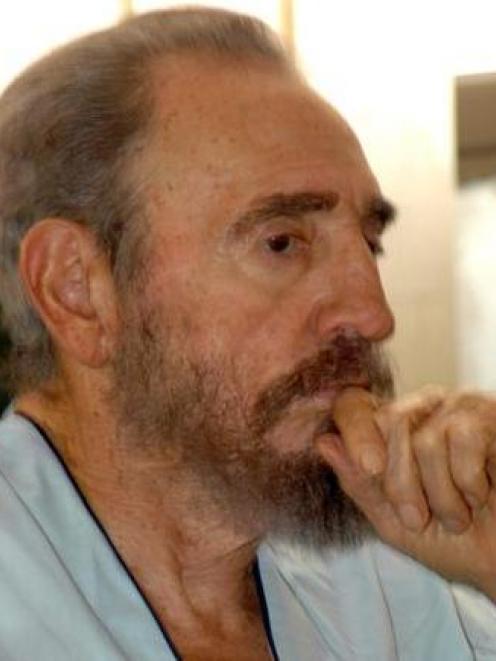 Fidel Castro governed the Caribbean island for 48 years. Photo: Reuters
The congress, the party's most important meeting, held every five years to review policy and fix leadership, is a closed-door event but excerpts are being broadcast on state television.

Castro himself became acting president when Fidel fell ill in 2006 and later in 2011 party leader, launching a raft of social and economic reforms to open up one of the world's last Communist-run countries that later stalled.

On Friday, he hailed Diaz-Canel as one of the new generation of leaders that was picking up where he left off.

Castro's olive green military fatigues contrasted with the civil get-up of his protege, who is widely expected to succeed him as party first secretary, the most powerful position in Cuba's one-party system.

Older Cubans said they would miss having a Castro at the helm, although most acknowledged it was time to pass on the baton.

"It's another stage," said Maria del Carmen Jimenez, a 72-year-old retired nurse, "but without a double we will miss him."

Castro denounced renewed US hostility under former President Donald Trump. Incumbent President Joe Biden has vowed to roll back some of Trump's sanctions, although the White House said on Friday a shift in Cuba policy was not among his top foreign policy priorities.

Castro said Cuba was ready for a "new type of relationship with the United States without ... Cuba having to renounce the principles of the revolution and socialism."

A tightening of the decades-old US trade embargo and the coronavirus pandemic have exacerbated a liquidity crisis in Cuba's ailing centrally planned economy. Shortages of even basic goods mean Cubans spend hours lining up to buy groceries.

And Havana has dollarised parts of the economy, leaving those who do not receive remittances from family abroad or did not earn hard currency from tourism struggling to get by. That has eaten away at equality, a pillar of the party's legitimacy.

Since the expansion of internet access in recent years, Cubans are increasingly using social media as a platform to express criticism, while online non-state media are challenging the state monopoly of mass media.

Tight control of public spaces by the authorities means protests are still relatively rare and small-scale, but they are on the increase nationwide on issues as varied as excessive red tape to curbs on civil liberties.

Castro said on Friday it was important to pursue reform with greater "dynamism", denouncing - as he has in the past - "inertia, conformism, the lack of initiative" in state companies.

The government has resumed a set of economic reforms the party agreed on at its 2011 congress in recent months, in particular eradicating Cuba's dual currency, multiple exchange rate system in January.

Yet Castro said reforms fomenting the non-state sector should not go beyond certain limits that would lead to the "very destruction of socialism and the end of national sovereignty."

Party militants like Rogelio Machado, a mathematics teacher, say they were confident the new generation was up to walking that tightrope.

"Our country need changes and the new generation is more scientifically prepared to continue the path of socialism," he said.

But government critics like "artivist" Luis Manuel Otero Alcantara, whom Havana accuses of being part of a US-backed soft coup attempt, say the death knell is sounding for the revolution.

"Raul is passing over the power to someone with little charisma and who does not have much popular support," he said while staging his latest performance against the government, in which he sits in a garrote for the four days of the congress.

"This takes us one step closer to democracy."