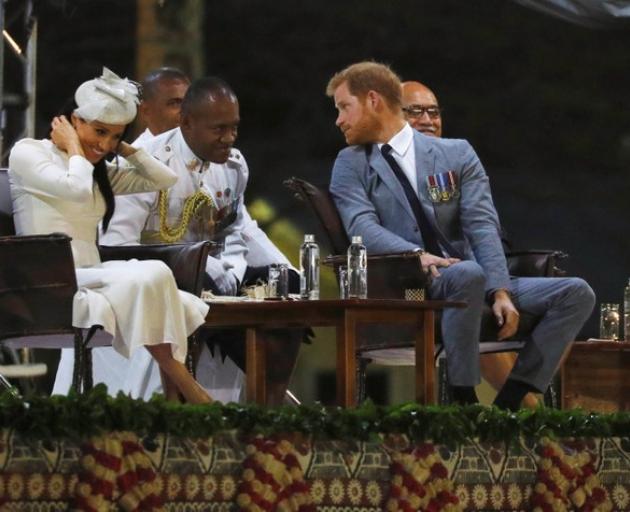 Britain's Prince Harry and his wife Meghan touched down in Fiji on Tuesday (local time) for the first royal visit to the South Pacific nation since a military coup 12 years ago saw it suspended from the Commonwealth for eight years until democratic elections.

Hundreds of spectators waved small plastic Fijian and British flags as Harry, wearing a grey suit with three medals, and Meghan, dressed in a cream long-sleeved dress and matching hat, stepped on to the tarmac outside the capital of Suva.

"Regardless of the drizzling rain, Fijians are out in numbers with their umbrellas to welcome their royal highnesses," the Fiji government said on social network Twitter, alongside pictures of crowds waiting to greet the couple.

Prime Minister Frank Bainimarama received the couple, who were presented with a bouquet of tropical flowers before the inspection of an honour guard standing to attention in red and white military uniforms.

Thousands of men, women and schoolchildren lined the route of the couple's official motorcade into central Suva, with many spectators smiling, waving and holding up handwritten signs.

"Welcome to Fiji, Prince and Princess," read one that appeared to have been written on an old carton.

Harry and Meghan will be feted in a ceremony at a park in Suva, mirroring a welcome for Queen Elizabeth in 1953. Men in traditional skirts with garlands of leaves and flowers lined up waiting to perform a ceremony.

The former British colony of 300 tropical islands, with a population of about 910,000, was suspended from the British Commonwealth and isolated internationally after Bainimarama, then army commander, seized power in a bloodless coup in 2006.

Although it was reinstated in 2014, after Bainimarama won democratic elections, mending Commonwealth ties has taken a long time, while Fiji has deepened relations with strategic rivals such as China.

Before Tuesday, the last British royal visit to the island was by Princess Anne, Queen Elizabeth's daughter, in July 2006.

The couple, who married in May and announced last week that they were expecting a child, next travel to Tonga and return to Australia for the closing ceremony of the Invictus Games before wrapping up their tour in New Zealand.

Fiji is due to hold elections on November 14, with Bainimarama's Fiji First party favoured to win over an opposition led by Sitiveni Rabuka, who himself led the country's first military coup in 1987. 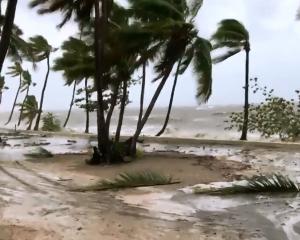