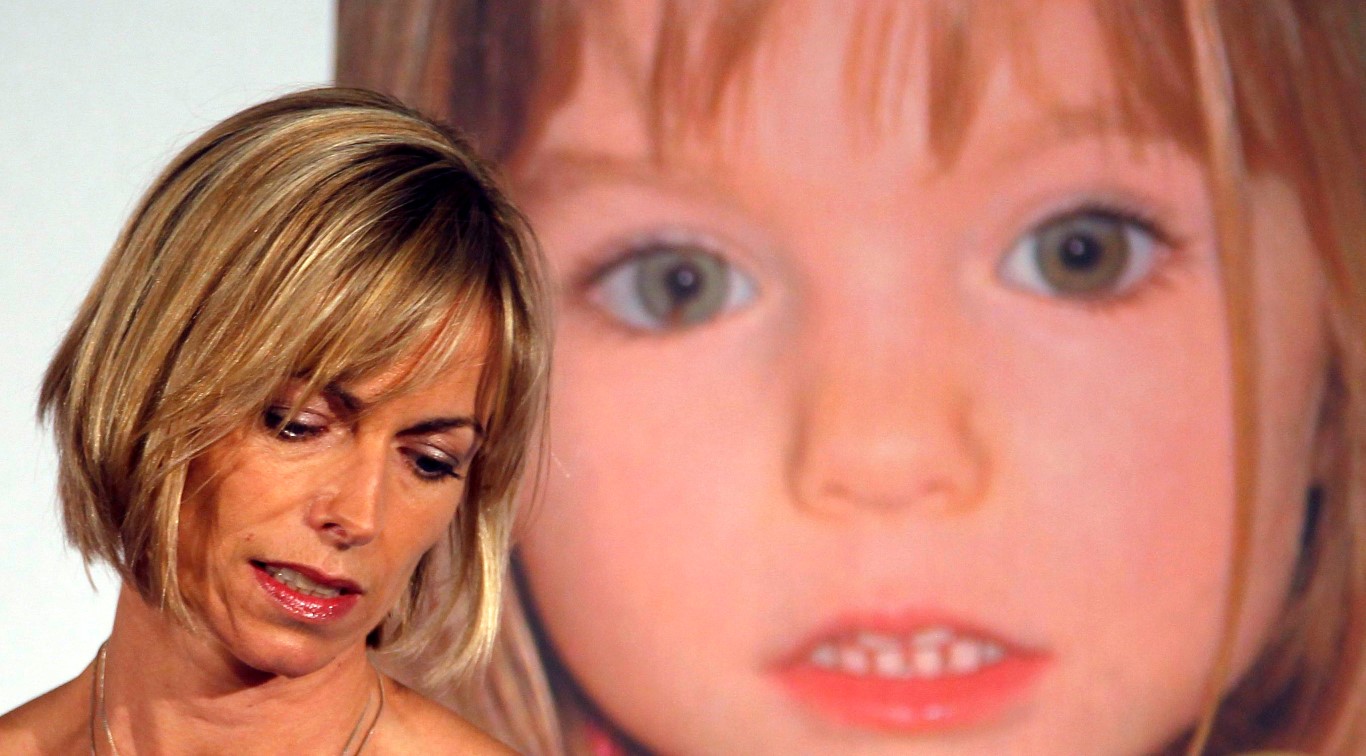 Kate McCann in front of a photo of her daughter Madeleine at a news conference in London in May, 2011. Photo: Reuters
British and German police say they have a new suspect in the 2007 disappearance of three-year-old Madeleine McCann - appealing for information on a German man who is currently imprisoned in Germany on an unrelated matter.

McCann, who is British, disappeared from her bedroom on May 3 during a family holiday in Portugal while her parents were dining with friends nearby in the resort of Praia da Luz.

Her fate remains a mystery despite a massive international search and media coverage which prompted reported sightings from across the globe.

British police described Wednesday's (local time) appeal - the latest of several issued since her disappearance - as a "significant development".

They want to speak to anyone who has relevant information on the man, whom they did not name, or the movements of two vehicles linked to him during the period around the disappearance. Both cars, a Volkswagen camper van and a Jaguar, are now in the possession of German police.

They also asked for anyone who was familiar with two Portuguese phone numbers to come forward. One of the phones was known to be used by the suspect, and received a 30 minute phone call from the second number whilst in the Praia da Luz area on the night of the disappearance shortly before McCann was last seen.

"You may know, you may be aware of some of the things he has done, he may have confided in you about the disappearance of Madeleine," said senior investigating officer Mark Cranwell.

"More than 13 years have passed, and your loyalties may have changed. This individual is in prison ... now is the time to come forward."

British police said they retained an open mind about the man's involvement and did not have any definitive evidence whether McCann was alive or not.