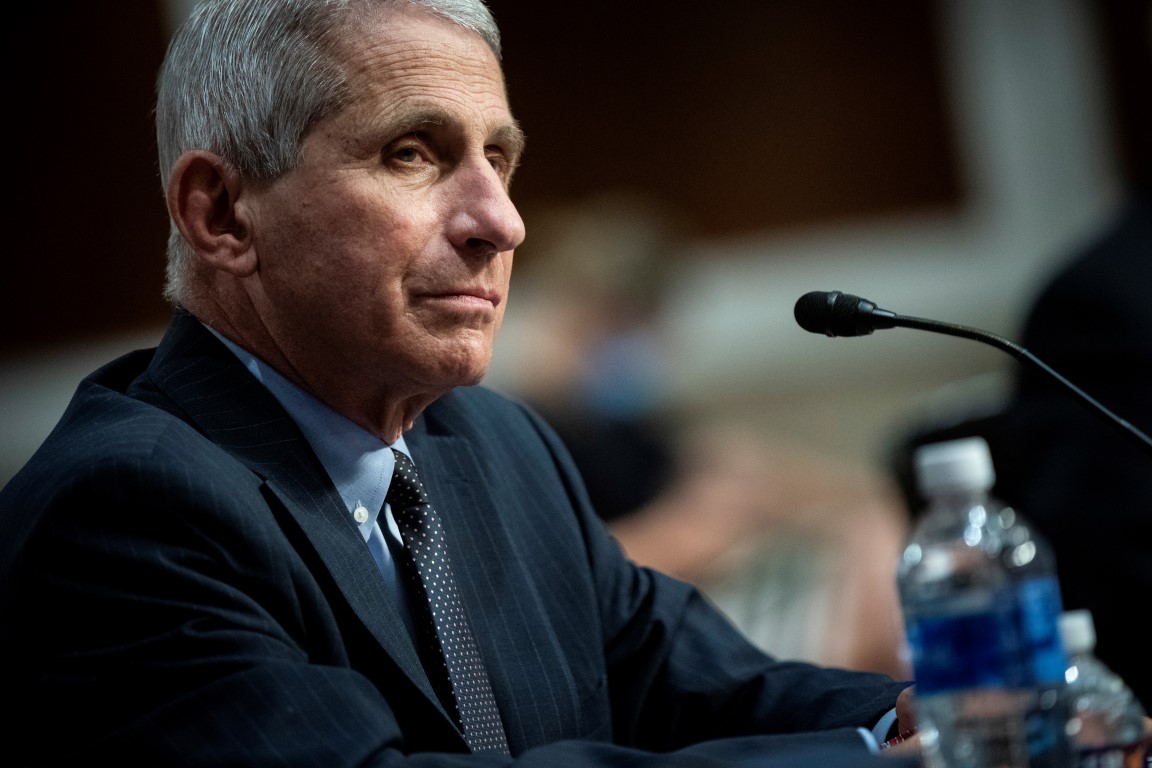 Dr Anthony Fauci: "I am very concerned because it could get very bad." Photo: Reuters
New US Covid-19 cases rose by more than 47,000 on Tuesday according to a Reuters tally, the biggest one-day spike since the start of the pandemic, as the government's top infectious disease expert warned that number could soon double.

California, Texas and Arizona have emerged as new US epicenters of the pandemic, reporting record increases in Covid-19 cases.

"Clearly we are not in total control right now," Dr Anthony Fauci, head of the National Institute of Allergy and Infectious Diseases, told a US Senate committee. "I am very concerned because it could get very bad."

Fauci said the daily increase in new cases could reach 100,000 unless a nationwide push was made to tamp down the resurgent virus.

"We can't just focus on those areas that are having the surge. It puts the entire country at risk," he said.

Fauci said there was no guarantee of a vaccine, although early data had been promising: "Hopefully there will be doses available by the beginning of next year," he said.

Covid-19 cases more than doubled in June in at least 10 states, including Texas and Florida, a Reuters tally showed. In parts of Texas and Arizona, hospital intensive care beds for Covid-19 patients are in short supply.

More than 126,000 Americans have died from Covid-19 and millions have lost their jobs as states and major cities ordered residents to stay home and businesses closed. The economy contracted sharply in the first quarter and is expected to crater in the second.

The European Union has excluded Americans from its "safe list" of countries from which the bloc will allow non-essential travel beginning on Wednesday.

The fresh rise in cases and hospitalizations has dimmed hopes that the worst of the human and economic pain had passed, prompting renewed criticism of U.S. President Donald Trump as he seeks re-election on Nov. 3.

His rival, Democrat Joe Biden, on Tuesday said that Trump's "historic mismanagement" of the pandemic cost lives and inflicted more damage than necessary to the U.S. economy.

"It didn't have to be this way. Donald Trump failed us," the 77-year-old former vice president said in a speech in Delaware, where he unveiled an updated plan to tackle the pandemic calling for more testing and the hiring of 100,000 contract tracers.

In the past week California, Texas and Florida have moved to close recently reopened bars, which public health officials believe are likely one of the larger contributors to the recent spikes.

On Tuesday, New York, New Jersey and Connecticut added travelers from California and seven other states to those who must self-quarantine for 14 days upon arrival. Texas and Florida were named last week.

South Carolina also has also emerged as a hot spot, reporting a record single-day increase of 1,755 cases on Tuesday.

In Texas, where the number of new cases jumped to a one-day record of 6,975 on Tuesday, Houston hospitals said beds were quickly filling up with Covid-19 patients.

Dr. Marc Boom, chief executive of Houston Methodist Hospital, told CNN on Tuesday that his hospital beds have seen a "very significant" increase in Covid-19 patients, although the death rate has lowered.

Boom said he was worried about Independence Day celebrations this weekend, when Americans traditionally flock to beaches and campgrounds to watch fireworks displays.

"Frankly it scares me," he said.