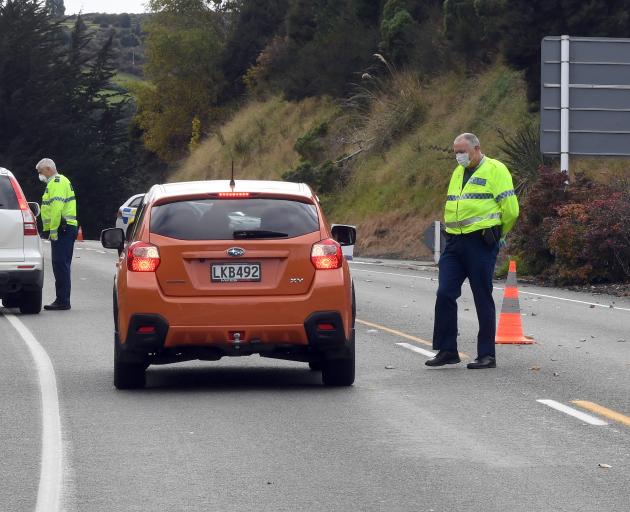 Reaction to the New Zealand Government's handling of the Covid-19 pandemic and resultant lockdown has ranged from high praise to criticism that its actions were illegal and its management chaotic.

Partly in response to the concerns, and to put the continued containment of the disease on a firmer legal footing, the Covid-19 Public Health Response Act was passed under urgency on May 14. It was quickly met with another wave of discontent.

National MP Michael Woodhouse likened Prime Minister Jacinda Ardern to "Muldoon with slogans". Others recalled past abuses of police power, such as the "dawn raids" of the 1970s.

Such commentary played on fears the new law was a lurch towards authoritarianism under cover of the pandemic — but how seriously should we take it?

Making the law fit for purpose

Although New Zealand's response to the emergency has been praised at home and abroad, the Government was working with a multi-generational legislative framework that needed adapting as the crisis evolved.

At the core of that framework were the Civil Defence Emergency Management Act, the Epidemic Preparedness Act and the Health Act. Despite the relative success of the response, there were clearly ambiguities and weaknesses that could be improved once the emergency was over.

Laws covering public hygiene, vaccination, quarantine and greater integration of local communities (including Maori) in emergency planning will need refining. Longer term, this will be considered by select committees and may result in amendments to existing laws.

In the short term, however, the Government decided as a matter of urgency to fast-track a new law to improve containment of the coronavirus.

While the Epidemic Response Committee could have been expected to provide strong oversight, the Bill became law without wider scrutiny.

Parliament later agreed to send the law to a select committee, but too late to stop the accusations of authoritarianism by stealth.

One Covid-19 law to rule them all

So what does this new law really do? Essentially, it will govern the country as we deal with all levels of the response to Covid-19. It supports "a public health response to Covid-19" that prevents and limits "the risk of, the outbreak or spread of Covid-19" in a way that is "co-ordinated, orderly, and proportionate" as well as "enforceable".

Although the Government has issued an Alert Level 2 order, it could equally issue new orders for Level 3 or 4 under the new law if outbreaks return. Parliament has to approve all such orders within a short time, or they lapse.

Such orders can come from either the minister of health or the director-general of health. In some areas, the same orders could be given under the current Health Act. But the new law sets this out in easier language specifically tailored to the Covid-19 crisis.

Some provisions (such as those to do with contact tracing) are simplified from existing rules. Others, such as the power to direct businesses to close if they are operating in contravention of an order (such as not taking social distancing seriously), have a very contemporary feel.

Another improvement settles the rules on community checkpoints, one of the most controversial aspects of the recent lockdown. Without reiterating the existing power officials possess to close roads, public places and stop vehicles, the new law emphasises such actions can only be done by "a constable or an enforcement officer acting under the authority of the constable".

The new law has also trimmed the powers of a constable (i.e. police) during the Covid-19 period (but these remain very wide under the Health Act). Anyone entering a place to ensure disease control rules are being followed must now report the entry and why it was necessary.

This reporting requirement did not exist before but it would have been better to limit this emergency power to the police alone, or only allow its operation when police are present.

There is a further questionable area: while it makes sense that orders can be issued when the existing Epidemic Preparedness Act or Civil Defence Emergency Management Act are in play, it is less clear why the prime minister can also make such orders. Those powers should only exist when an emergency is actually declared or in operation.

These concerns aside, perhaps the best feature of the new law is that it is destined to have a short life. It must be renewed every 90 days or it lapses, and it lapses for good after two years. By the time it gets a retrospective grilling from a select committee it will — hopefully, like the disease itself — be due to disappear.

Given its context, and the improvements and safeguards the Act provides, it's hard to see it as evidence of the rise of authoritarian government. — theconversation.com

- Alexander Gillespie is a professor of law at the University of Waikato.

I'd say the accusations are accurate.
What the writer didn't mention is that if the government's own pandemic plan had been followed properly a lockdown would not have been required.
The boarder would have been shut when there was internal transmission in 2 other countries, that this didn't happen means heads of govt and govt departments should roll.

Not 'Police State' accusations..Generally Kiwis don't know what a Police State is; Europeans and Latin Americans do. The authoritarian leader is represented by Donald Trump. You've been asked to do something for Society. No need to be wuss about it.

Kiwis just found out what a police state is…police, at the direction of government, preventing their free movement. While you may think resentment for your right to freedom is being a “wuss” many of us do not. Why you ask? Because our right to live as free individuals is derived from God not the government. The government has no right to infringe upon my right to freedom. If you want to be a “wuss” and give up your right to freedom, have at it. Interesting that you label Trump an authoritarian leader, based upon? If New Zealand had land borders do you think Ardern would have been faced with a more “authoritarian” response? Let’s put things in perspective, Trump has 4 times more illegal aliens to deal with than there are citizens in NZ. The US has 24 States with populations bigger than NZ. And every state has an Air Force, Land Force and budgets bigger than NZ. Trump never locked down the US but Ardern did lockdown NZ. Sounds like Ardern is authoritarian to me not Trump! Might want to get you facts right before you label somebody. The media hates Trump, your one of the ignorant mass who believes everything they say.

What does Trump have to do with accusations of New Zealand being a police State? Why bring this into the conversation? Most Kiwis don't understand the concept of American federalism, these comments demonstrate that quite clearly. The Governors of each state made the decision to lockdown each state, not Trump. The constitution doesn't grant the President of the United States the legal authority to take such actions. By law, only the governors can take such actions. If you look at the actions mandated by Trump, they were less restrictive and authoritarian than those of PM Ardern. Other than shutting the border and freeing up emergency funding Trumps powers are limited by law. I wish people would do a little bit more research before they try and make some of these disparaging comments about America and its leadership. Many of these comments are just ignorant and lack any basis of fact. Beside that, Trump is irrelevant to the topic being discussed.

If the New Zealand border was to be closed whenever there is internal transmission of communicable disease in 2 other countries then our borders would be eternally shut.

Blue Pill. Thank you for your allegedly Christian pov. Take a powder, but not the blue one. Agape.

I'm Muslim and feel the same way. My rights are God given. Why attack my Christian Brothers and sisters? Take a powder? What's a powder? God loves a tryer! There is no such thing as a Christian Socialist "Hull". Christianity and socialism are diametrically opposed ideologies...the whole opium of the masses thing. They can not exist as one even in islam despite what "experts" claim. Just more embarrassing comments rolling down from the hill.

It’s truly sad how poorly educated we Kiwis are when it comes to abstract ideas like freedom and liberty. Our right to live free is not based upon any “alleged Christian POV”. They are based on the natural rights of all people to live free; they are universal and inalienable. This ideology goes back to before the times of Christianity and is not religiously based. The basis for many of the rights we now enjoy comes from the ideology of philosophers like John Locke, John Libourne, and George Mason. Again, these rights are not based upon any religious ideology but the universal belief that all peoples are born equally free and hold certain inherent natural rights that cannot be surrendered. Agape? Yep, at the low brow swipe at Christians but not surprised. What does Christian Socialist Tendency have to do with the Police State article? Christian socialism is nothing more than secular socialism with a religious façade! I suspect you don’t fully understand the political nuances of Christian Socialism as they are derived from the core biblical and theological concepts of the bible. Trendy subject but not applicable to this particular discussion! Im also interetsed in: "Take a powder"???

All countries which adopted a harsh lockdown have seen a rise of 'little hitlers' enforcing the rules, who have been given some power over the people, and by g-d they're going to use it!

I remember a time not so long ago when a majority of New Zealanders trusted the Police, and generally felt they were on our side, here to help, and doing a pretty good job.

Since then, they've labelled those of us with firearms licences as "gun nuts" and they now have the right to boot down all our doors if - God forbid! - we're having a party.

Our country has been taken over by Far Left authoritarians, and our Prime Minister is a bona fide Communist.

These people do not want what is best for New Zealand.

What they want is control, fear and complete submission from you and me.

The sooner we all wake up and realise this, the sooner we can boot the lot of them and return New Zealand to normal.