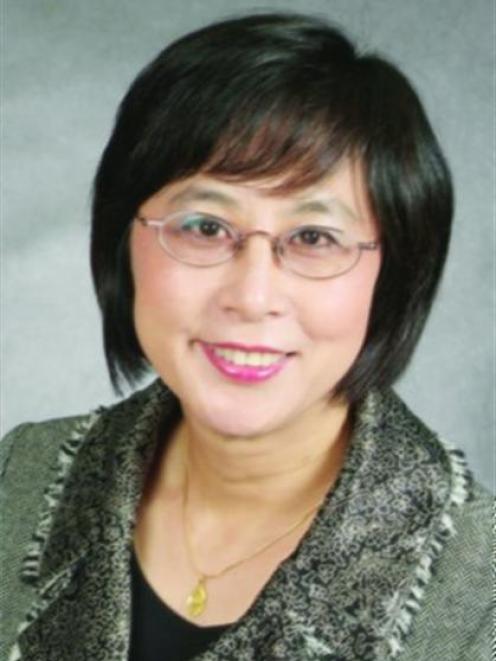 Pansy Wong
The Year of the Tiger?

As far as the New Zealand Parliament goes, 2010 might be better remembered as the Year of the Lemming.

A seemingly endless queue of MPs tumbled off the edge of the cliff in a string of bizarre, but nonetheless spectacular, falls from grace.

In some cases, the behaviour was so self-destructive, it spoke of a political death-wish.

Chris Carter's apparent pleasure at torturing the party he had loved added a new dimension to the term "maverick" and invited the punishment he got from the Labour hierarchy.

Deep down, it is unlikely he was enjoying it all one little bit.

Likewise, the factional warfare within Act became so vituperative and counter-productive to the cause it seemed the caucus might have swallowed its own variation of Jim Jones' cyanide-laced Kool-Aid cocktail as part of some secret political suicide pact.

It was a fair point.

The scandals surrounding these minor players certainly fed the media's increasing appetite for personality-based politics at the expense of more serious discussion about policy.

It meant the real story of 2010 - an under-performing economy and what to do about it - was obscured by politics akin to soap-opera storylines.

However, it's not quite that simple.

The downfall of four of those five politicians - Garrett being the exception - flowed one way or another from the public exposure of the various perks enjoyed by cabinet ministers and ordinary MPs.

It is incredible that the opening of the shutters on the whole gamut of pay, allowances and entitlements has taken some 18 months to run its course.

That so many of his colleagues have been caught exploiting their privileges to the max may one day come back to bite the Prime Minister who has largely driven efforts to clean up this unholy mess.

The media simply made all the hay it could while the sunlight shone into the murky recesses of such powerful, but secretive institutions as the Parliamentary Services Commission, whose last annual report ran to just five largely information-free pages.

The fun is about to end, however.

First, the Government has accepted the Law Commission's proposal for the whole gamut of MPs' and cabinet ministers' salaries, allowances and other entitlements to be completely taken out of politicians' hands and an independent body, such as a beefed-up Remuneration Authority, be established to determine those matters, Second, politicians should have wised up to the fact they may now be caught out - although Phil Goff's embarrassment this week regarding his continued ownership of a Wellington apartment while he pockets a taxpayer-funded allowance to live elsewhere suggests even the more astute of the breed are still to get a grip on what the public now finds acceptable.

It is time to hand out awards as the political year draws to a close.

Unlike Pansy Wong, whom she replaced in the Cabinet, Parata looks to have the goods to rise higher up the rungs.

Two other National MPs from the 2008 intake - Amy Adams and Michael Woodhouse - have emerged as candidates for promotion.

Best speech: Winston Churchill it wasn't - at least in delivery. But John Key - or his speechwriter - found the right words to unite a shocked nation on the night all hope evaporated for the Pike River miners.

Best speech in Parliament: MPs from both sides of the House sat spellbound listening to Amy Adams' harrowing personal account of the morning the Christchurch earthquake struck.

Has a deputy leader of a party displayed such disloyalty to her leader as Roy dished up in Rodney Hide's presence?Wrong speech: A mix-up sees Immigration Minister Jonathan Coleman read a speech introducing a piece of legislation when the House was actually discussing a completely different bill.

The Mission Impossible Award for Excellent Salesmanship: Bill English for getting the public to swallow a hike in GST with hardly a murmur of complaint.

The Mr Bean Award for Complete Absence of Salesmanship: Gerry Brownlee and his mining in national parks policy.

The Complete Lack of Political Bottle Award: Steven Joyce and John Key for failing to lower the blood-alcohol limit for drivers.

Gone but not forgotten: Jeanette Fitzsimons.

The Foot in Mouth Award: Phil Goff for referring to his finance spokesman David Cunliffe as "David Caygill", a Labour finance minister in the 1980s.

The Stunned Mullet Award: John Key for failing to tick off former TVNZ Breakfast host Paul Henry for his unseemly remarks about the Governor-General.

The Vladmir Putin Award for Demanding the Right to Choose Your Successor: Labour's George Hawkins for threatening to prompt a by-election in his Manurewa seat if the party selected the wrong candidate to replace him.

The Tammy Wynette "Stand by your Man" Award: Pansy Wong for demonstrating what she really thought of her former role as Minister of Women's Affairs by putting her husband, Sammy, first, her career second.

The Oscar for Worst Performance in a Supporting Role: The Council of Trade Unions' attempts to help actors and other workers involved in the production of The Hobbit.

We've heard enough of: John Key forever "kicking the tyres" of something or "moving on" from somewhere; the foreshore and seabed.

We're bound to hear more of: The foreshore and seabed; any minor change to something being a "paradigm shift".