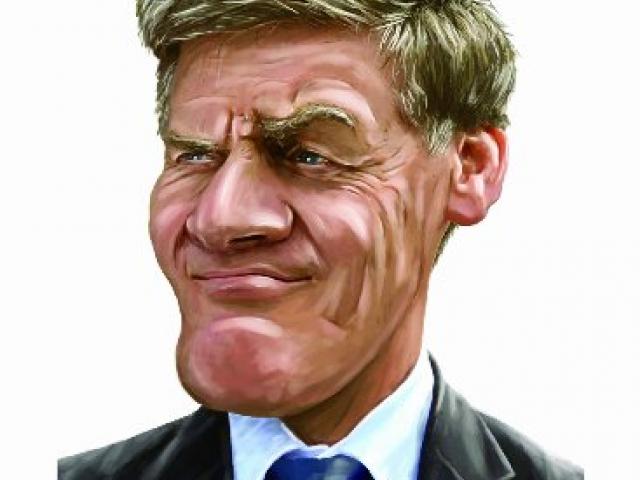 National’s current performance on the election campaign trail would have to be classified as one of the party’s most confused, insipid and uninspiring showings since ... well,  since the last...

Here is a message to the anonymous Herald reader who was so angry with a column I had written that he offered to drive me to the airport on condition I left the country.

To vary an old joke about very old men marrying very young women, the next leader of New Zealand First may not have even been born yet, let alone reached the voting age.

If this weekend's National Party conference runs true to recent form - and there is no obvious reason why this year's gathering of the clan will depart from that script - it will be so stage-managed that any vitality or vibrancy will have been sucked out of the affair before it has even begun.

The National Party might have fooled itself into thinking otherwise, but it was done like a dog's dinner by Labour this week.

Bill English sure dropped an almighty bombshell in confirming the possibility that hundreds of the country's state houses could end up in Australian hands.

In the public's mind, Colin Craig's confession that aspects of his relationship with his former press secretary, Rachel MacGregor, were ''inappropriate'' begs only one question: just how inappropriate?

Bill English's latest experiment in the delivery of social services to those at the bottom of the socio-economic heap is the most radical yet to emerge from his Beehive laboratory.

It was a bribe. It was an under-the-table pay-off. It might have had the title of a ''facilitation payment''. But that was just a poncy name for a bribe.

What the Greens have to do is reach out from their inner-city metropolitan strongholds and start making connections in the suburbs, provincial cities and rural towns.

National needed a good Budget. It got one. The Budget was a rock of certainty and continuity in a sea of almost surreal politics played out most visibly and vividly by the Prime Minister and the Leader of the Opposition.

It would never have been allowed to happen during Helen Clark's long reign as Labour's leader. Nor during David Cunliffe's much shorter tenure in the job.

The day is surely not far away when John Key's gift of the gab will be unable to talk him out of a political quagmire into which he has so needlessly dug himself.

A much-anticipated return to surplus somehow metamorphoses into yet another unwelcome deficit; dairy prices slump ever lower; the New Zealand dollar keeps rising ever higher; the overheated Auckland property market makes the South Sea Bubble of the 1700s look like an exercise in financial probity.

Down, boy. And that's less an instruction and more an order.

The humiliating defeat that Winston Peters inflicted on the National Party in last Saturday's Northland by-election has changed nothing.

Victory for National by a very slim margin?

''New'' jobs which may or may not be fulltime jobs; ''new'' road bridges which are not a priority; ''new'' promises on the roll-out of broadband which are old promises.

Down the years, one taxpayer-funded government entity has stood out from the rest of the Wellington-spawned shoal of commissions, boards and agencies in being secretive, obstructive, publicity-averse and downright unhelpful.

It took some carefully chosen words by a former high-ranking diplomat to cut through the self-serving verbiage spouted by politicians and bring some clarity to the acrimonious debate on the merits or otherwise of New Zealand's latest excursion to the Middle East.