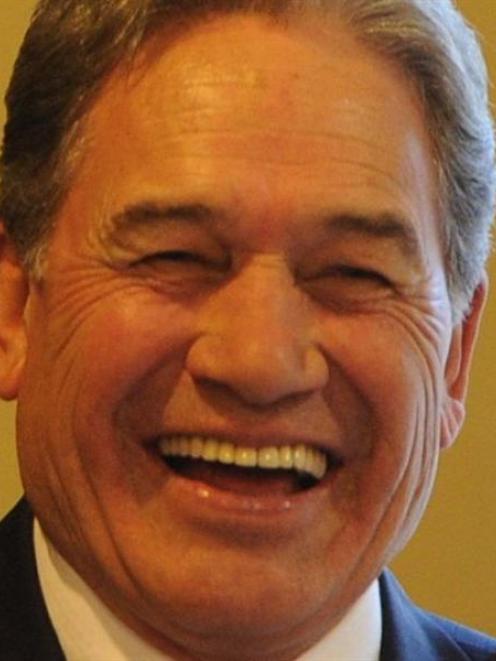 Winston Peters.
Victory for National by a very slim margin?

Or - as seems more likely - a trashing of the governing party by the self-appointed yet popularly anointed saviour of the Far North?

A narrow win is about as good as it is going to get for John Key next Saturday night after the votes have been counted in that day's Northland by-election.

After a torrid campaign where more has gone wrong than has gone right, National will grab any kind of win, no matter how feeble.

But a week from polling day, the overriding impression remains that the mood of the electorate is such that next Saturday is going to be payback time for Winston Peters and humiliation time for National.

What is difficult to gauge is whether National's share of the vote will sink to levels to accommodate such an eventuality.

It will have to fall a long way.

You have to go back to National's nadir - the 2002 election - to find a scenario where New Zealand First and Labour combined outpolled National.

That was in the party vote - not the electorate vote which still flowed in copious quantities to the ever-popular John Carter.

There is evidence that National is expecting to take a major hit, however.

Three weeks ago, Mr Key was not giving Mr Peters ''any chance'' of winning.

This week, the Prime Minister was talking of the ''difficulties'' and ''challenges'' in fighting a by-election as the ruling party even in supposedly safe National seats.

To back up his argument, Mr Key cited the Selwyn by-election of 1994 which was triggered by Ruth Richardson quitting Parliament after Jim Bolger sacked her from the finance portfolio.

Mr Key noted that her replacement - current Speaker David Carter - had just managed to scrape home in a seat which National now held with a 20,000-plus majority.

Mr Key, however, was being selective with the facts.

David Carter actually did quite well in keeping that majority largely intact at the subsequent by-election.

What Mr Key was really doing was lowering expectations in advance of Saturday's ballot as to how well National will do.

What Mr Key has not explained and maybe cannot explain is why National is struggling in a seat where it has long had a large majority and when - unlike in 1994 - the party is still receiving strong voter backing nationally.

Mr Peters has so far run a near-faultless campaign.

National has run what must be one of the party's worst.

But there are things beyond Mr Peters' control which might well have a significant impact on the outcome of the by-election.

First, a fair chunk of those seriously flirting with voting for Mr Peters will still harbour some residual loyalty to National.

Confronted by the ballot paper, many will do what they have always done - tick the box next to the National candidate.

Second, much hangs on National getting identified supporters to the polling booths.

With National Party membership in the electorate among the highest in the country, there should be no shortage of volunteers to work the phones and ferry targeted voters to a polling place.

And although Andrew Little has given Labour supporters clear licence, though not clear instruction to vote for Mr Peters, Ms Prime will still pick up a large bundle of votes to Mr Peters' cost.

Fourth, neither the Greens nor Colin Craig's Conservative Party are standing a candidate.

That leaves about 5000-plus votes up for grabs.

Green Party supporters would have to swallow hard to vote for either National or Mr Peters.

Mr Peters has sought to mitigate these factors by seeking to rise above the battle lines drawn by political parties and focus on the one thing everybody agrees needs action - the dire state of the Far North economy and the consequential social problems.

His sales pitch for his candidacy tackles head-on the public's big worry of political instability by stressing a vote for him will not change the Government - but it will change how National behaves.

Mr Peters can argue that is already happening.

National's crude pork-barrelling has played right into his hands.

What is less obvious is the absence, so far, of incendiary speeches or policies on Mr Peters' part.

Mr Peters is providing nothing which National can grab hold of and try to turn voters against him.

National has been forced to resort to attacks on Mr Peters' credibility as a candidate by questioning why New Zealand First failed to put up one in Northland in recent general elections; that, if successful, he would still live in Auckland (something Peters denies); and that he will not commit to standing in Northland at the 2017 election.

This is really scraping the barrel, pork or otherwise.

National's big mistake is that it is fighting the Winston Peters of old - the firebrand maverick who was forever wedded to the politics of Opposition.

The Winston Peters of 2015 is a far less polarising character.

He is more relaxed.

He is less prone to argument for argument's sake.

His prime political weapon these days is humour.

Mr Peters is now tolerated - even respected - by those who previously detested him.

National's attempts to demonise him are thus falling flat.

Voters now trust him much more than was once the case.

In contrast, trust in Mr Key and National has slumped in Northland as a result of the paucity of information surrounding the police investigation of the electorate's previous MP, Mike Sabin.

And that is what this by-election is really all about.

It is all about Mr Peters punching a major hole in Mr Key's seeming invincibility, while finally extracting revenge for Mr Key's treatment of him as a political pariah.