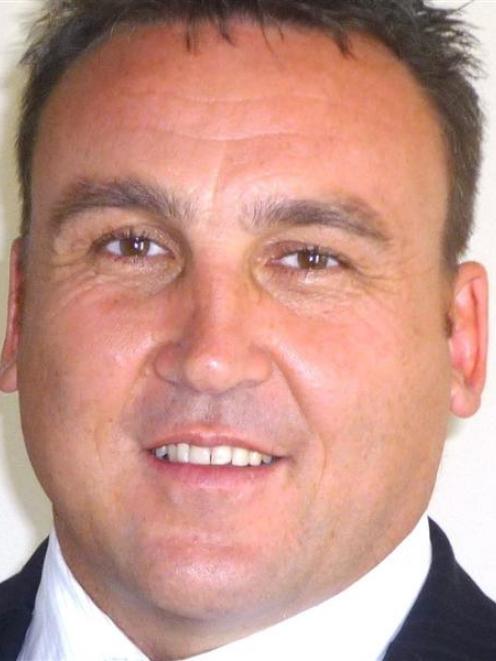 Mike Sabin, whose seat is contested after his resignation.
''New'' jobs which may or may not be fulltime jobs; ''new'' road bridges which are not a priority; ''new'' promises on the roll-out of broadband which are old promises.

Is there no limit to the lengths the National Party will go to pull the wool over voters' eyes and hope that prevents the seat of Northland from falling into Winston Peters' clutches?It would seem not.

The prime lesson to be taken from the first week proper of the by-election campaign is to treat every utterance from National with a healthy and hefty degree of scepticism.

Deserving of special scrutiny is the repeated claim by Steven Joyce that 7500 new jobs were created in Northland last year.

That indeed showed an increase of 7500 more people in employment in Northland at the end of last year as against the previous December.

However, the survey stipulates that anyone who does paid work for as little as one hour per week is classed as being in employment.

When people talk about ''new'' jobs, they usually mean fulltime or part-time with a reasonable number of hours. We simply do not know what types of jobs were actually created.

The risks of making bald assertions without qualification is underlined by the survey's other finding that despite the apparent strong lift in employment, the number of unemployed in Northland fell by only about 100 during the same 12 months.

But what Mr Joyce does not mention is that the surge in growth comes off a very low base.

Moreover, much of that growth was driven by agriculture.

Sectors like manufacturing - where the jobs should be - actually shrank during that period.

The most telling figure is gross domestic product per capita.

Nevertheless, Mr Joyce is not alone in failing to tell the whole story.

However, figures produced for Labour by the Parliamentary Library reveal that about $240 million of that total was either spent by the previous Labour government or allocated for spending in that administration's final Budget.

Perhaps the most self-defeating statement by National in Northland this week was the ''announcement'' by Communications Minister Amy Adams that ultra-fast fibre broadband would be extended to 80% of New Zealanders - a commitment already made in National's election manifesto more than six months ago.

Even battle-hardened Labour MPs are surprised by the degree to which their traditional enemy is trying to hoodwink voters.

The major opposition party has also been somewhat stunned by National's brazen and questionable exploitation of incumbency.

It was Mark Osborne, National's candidate in Northland, who announced that the Government would be spending up to $70 million on replacing 10 single-lane bridges in the electorate.

It is Parliament which sanctions such spending and Mr Bridges who will be responsible for ensuring the money is spent on exactly what Parliament has decreed - not Mr Osborne, who as yet has no parliamentary standing and should not have made the announcement.

It takes pork-barrelling to a new level when the candidate is doing it.

Equally disturbing is the scale of the pork-barrelling by National.

It is Government policy that the funding of roading projects provides value for money, yet, most of the one-lane bridges set for replacement do not rate as priorities in the Northland Regional Council's draft land transport strategy.

With more pork yet to come, National is setting a none-too-useful benchmark which risks turning contests in electorates into unseemly auctions.

National does not care one jot what Labour or anyone else thinks.

National is locked in an almighty struggle with the man who has been its nemesis for longer than the party cares to remember.

The stakes are not just high; they are stratospheric.

They go beyond the effect a Peters' win will have on the balance of power in Parliament and the consequent difficulty National would have in passing controversial legislation.

Victory for Mr Peters could be the harbinger of a New Zealand First renaissance which loosens National's grip on other supposedly safe seats.

National will not want to see the Northland ''disease'' spreading beyond the boundaries of that electorate.

National's priority in the next two weeks is somehow to puncture the spell Mr Peters has cast over that electorate.

So far, National appears to have no idea how to do that beyond trying to crowd him out of the media.

National is still trying to work out how it completely misread the mood in the seat it has held for the past 77 years apart from a brief interlude in the 1960s when it was captured by Social Credit.

National's postmortems on the by-election will also have to ask how the party managed to select a candidate who is so obviously out of his depth.

Putting him up against Mr Peters was as a lamb for the slaughter. National's campaign is further handicapped by its confused stance in this by-election.

The subtext of Mr Joyce's gushing statements about the strong growth in the Northland economy is that this is all down to National's sound management of the overall economy and its business development programmes.

Yet, the ever-lengthening line of Cabinet ministers trekking to Northland bearing gifts speaks of a regional economy still in dire straits and desperately short of capital, infrastructure and a highly skilled workforce needed to attract business.

Northland is either a burgeoning success story or an economic cot case. It cannot be both.

If things are on the improve in the region - as Mr Joyce insists - why is National being punished by a large chunk of the party's supporters deserting to New Zealand First?

National might do better to be more upfront about the dismal socio-economic status of Northland.

However, doing so would beg the question of how much effort National has made during the past six years to remedy things.

That National is punting on a few electoral bribes suddenly fixing things will be treated by Northland voters with the contempt it deserves.