National done like a dog's dinner by Labour foray 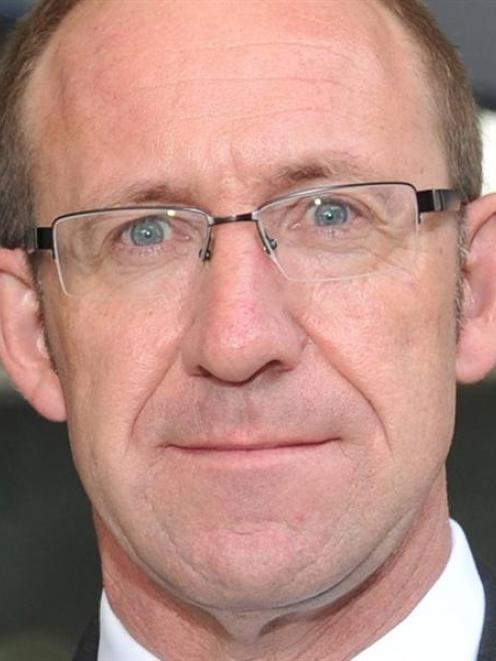 Andrew Little.
The National Party might have fooled itself into thinking otherwise, but it was done like a dog's dinner by Labour this week.

National's response to Labour's exploitation of explosive sales figures leaked by a subsequently sacked employee of real estate firm Barfoot & Thompson ran the gamut from pathetic to the non-existent.

Much of that was down to National trying to defy gravity.

The figures simply confirmed what everyone had assumed - that prime Auckland real estate was being soaked up by offshore Chinese nationals who, at the same time, were forcing up prices across the whole market, particularly so-called ''affordable housing'', the segment of the market where politics are the most sensitive and touchy.

National found itself in a highly unenviable if not impossible position.

It could either try to pooh-pooh Labour's analysis of the figures, in which case it would be accused of denying the obvious.

Or it could agree the analysis was correct, thereby contradicting the position it had stuck to for months of trying to deny there was a problem on the demand side of the housing equation.

Not surprisingly, National tried its best to undermine Labour's analysis, with Building and Housing Minister Nick Smith slamming the mathematical assumptions made by Labour as shonky and unscientific.

But Dr Smith's argument was considerably weakened by his lack of contestable and contrasting data.

That only reinforced the argument for an official national register of house sales.

National has instead insisted the Auckland housing crisis is a problem of supply.

It has had to be dragged kicking and screaming to do anything to curb demand, be it imposing controls on mortgage lending, taxing the capital gains made by property speculators or placing restrictions on overseas investors being allowed to buy land and property.

This reluctance is in part ideologically driven.

National firmly believes the free flow of capital is vital to ensuring the right kind of business enterprises are given the flexibility to get up and running without being hostage to the wish-lists of politicians.

But National's reluctance to impose restrictions on investors in the Auckland real estate market has more base motives.

The last thing National would want is a slump in property prices for which it would get the blame.

Rising prices might be shutting out first-home buyers, but existing owners have been made to feel rich by rising prices.

They would not be happy to see their prime asset lose value.

National knows it can never build enough houses this side of the next election to claim credit for tackling the supply problem.

The work of the Productivity Commission has said as much.

The best that National can hope to do is provide enough new housing stock to take the steam out of an overheated market without cooling it too much.

National, however, has been caught badly off-guard by Labour's raid on what would be considered its territory. Both Prime Minister John Key and his deputy Bill English were out of the country this week.

In their absence, National seemed at sixes and sevens as to how to respond to Labour's much diluted version of the Yellow Peril.

In the end, National sided with those attacking Labour as being racist.

In doing so, National may have been in tune with the thinking of many outside Auckland.

But it hopelessly misread feelings in Auckland which widely and strongly empathised with Labour's tack.

Messrs Key and English are not necessarily to blame for the week's fiasco. But they are responsible.

Mr Key was in Hawaii taking a winter break.

Things might have played out differently had he been at home.

Neither did he have the retinue of journalists that normally accompany him on overseas trips.

And no doubt his minders were reluctant to interrupt his brief holiday.

However, the blunt reality is that prime ministers these days are more than just the figurehead of the governing party.

They are its constant voice.

The advent of far more managerial prime ministers who have to be across the detail of just about everything that is happening politically has been driven by three factors: the apparent chaos of multiparty government, the emergence of what is now the permanent election campaign which sees political parties scrapping for attention over the most trivial of issues throughout the full three-year parliamentary term and the 24-hour news cycle which requires the media to be constantly fed with comment.

The worst thing is for a government to leave a vacuum for other parties to fill.

But that was what happened this week.

When Mr Key is overseas, National's wheels have a habit of spinning out of control.

In fact, ''spin'' is the operative word.

The so-called Beehive spin machine is a myth - and that was evidenced by this week's total lack of any attempt to deflect or diminish the strong attack by Labour.

The major Opposition party had endured a rather flat spell in recent months following an initial lift in its performance and slightly upwards consolidation of its unspectacular and unsatisfactory poll ratings.

The buzz generated by Andrew Little's leadership had faded.

The low point came in Mr English's Budget back in May, which saw the finance minister pull a rabbit out of his hat in the form of a $25-a-week increase in the benefits of families on welfare.

So ingrained had become the economic orthodoxy in New Zealand's political culture that Labour would long ago have given up thoughts of making such a gesture to the poor.

The party would have been rubbished and ridiculed for being profligate with taxpayers' money.

That National was allowed to get away with it was the final insult.

In having thought it had seen off the latest figure to emerge from Labour's revolving door of leadership, however, National had become vulnerable to the toxic combination of overconfidence and complacency.

That is evident in National's refusal to give Labour any credit for anything it does.

It is thus doubtful those in the governing party's senior ranks have woken up to the indisputable fact they got an awful drubbing by their old enemy this week.

Mr Little may still lack the vital X factor to charm potential crossover voters from National in the fashion Mr Key did from Labour, but he has proved he does not lack for strategies to do so.

And that will give considerable heart to Labour's rank-and-file activists.