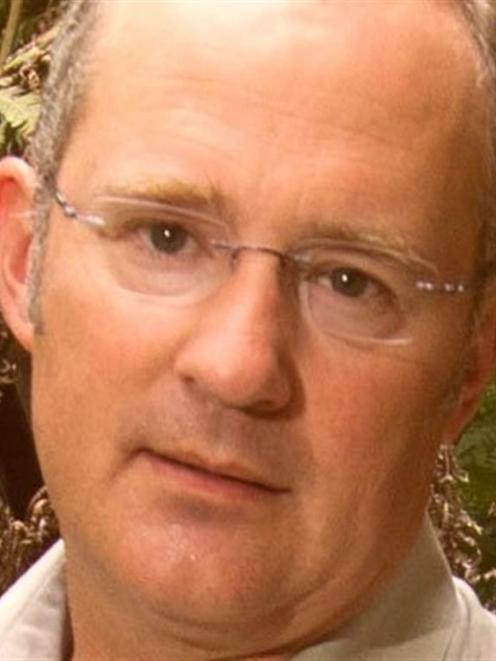 His political career has followed an almost parallel trajectory to Auckland's housing prices.

Andrew Little has promoted him to No 4 in the Labour caucus (even though he backed David Parker in the leadership contest); he chairs Labour's campaign oversight committee; and is one of the best-performing opposition MPs, whom National regards with equal measures of irritation and respect.

Helen Clark once likened him to a future Steve Maharey - meaning an innovator in social thinking.

It seemed Mr Twyford had always been destined for great things until he actually made it to Parliament in 2008.

Immediately his star waned as a result of being a list MP.

He quickly made his name opposing the Super City that his own party helped to get off the ground.

But ultimately his first term in politics was defined by his desperation to get a winnable seat, and with sharp elbows, he offended people on the way, many more of them being in his own party than in National.

"Seatless in the Super City'' was the headline in 2010 when he lost selection in Waitakere to Carmel Sepuloni, having previously been discouraged from standing in Mt Albert for David Shearer, and Auckland Central for Jacinda Ardern.

Not only was Te Atatu MP Chris Carter foolish enough to post anonymous letters to the Press Gallery undermining Phil Goff's leadership, he was seen doing the dastardly deed in the parliamentary precinct by security guards, who dobbed him in to Labour's leadership team - all of which precipitated Mr Carter's premature retirement from politics and a welcome vacancy for Mr Twyford.

He inherited housing when Mr Shearer gave health back to Annette King soon after the 2012 conference, where Labour's KiwiBuild policy was launched.

By then, house prices were moving up again after the global financial crisis and Mr Twyford could see it as a prime battleground issue.

With four leaders in seven years, Labour reshuffles have become as common as a cold. But Mr Twyford has held on to housing over three leaders in three years, which speaks for his grip on the portfolio.

He is now up against three ministers in housing: Nick Smith, the highly energetic details man on housing affordability; Paula Bennett, who brings her "tough love'' approach to social housing; and Bill English, the Godfather of all things to do with housing policy and funding.

He is closely associated with Labour's so-called "Orewa'' moment, when he released data on property sales to people with "Chinese-sounding surnames''.

It led to internal turmoil and a reflection by Mr Twyford that he could have handled it better - but there isn't any serious hand-wringing or regret about it.

Refusal to identify foreign speculators in the New Zealand property market has been a clear failure of the Government, which has only recently been addressed.

It reinforced the perception that it would rather protect the rights of wealthy foreigners offshore over Kiwi first-home buyers.

Though all Labour policy is under review, it is safe to say that KiwiBuild will emerge largely unscathed and more likely enhanced heading into the 2017 election, along with measures to curb property speculation, greater protections for all tenants and a boost in the state house-building programme.

KiwiBuild will be the centrepiece, however, of Mr Twyford's policy.

It requires the Government to take the lead role in producing 100,000 private sector homes over 10 years and financing first-home buyers into them with a special government bond, at a cost of $1.5billion.

For Labour it is unashamed state intervention versus what they see as a clear failure of the market in Auckland.

For all its derision of the policy, National has something very similar.

There are some differences between National and Labour's policy responses to the housing shortage but the fact is that much of it is by degree.

There is more commonality between their policies than difference on addressing supply.

It requires state intervention in the private market in a bid to rapidly boost supply.

Within five years, the Government expects to be delivering 15% to 20% of the new houses into the Auckland market.

National has also embraced Labour's urban renewal programme in Tamaki and encouraged large-scale development programmes such as in Weymouth and Hobsonville. They have few differences there.

The crossover goes both ways. Labour has now accepted National's long-held view that restrictive planning laws in Auckland have been a key driver in limiting urban boundaries and driving up land prices.

It was a major concession and Mr Twyford announced new funding schemes to spread the cost of development infrastructure across generations, rather than piling it into the cost of a new home.

Labour hasn't yet decided how it will vote on the current RMA reforms before a select committee, aimed at relaxing consenting rules, but there's a good chance it will support it.

The trouble for National is that though it is active on many fronts, progress is slow; in special housing areas, in getting surplus Crown land developed, in getting councils to free up land for development.

Labour would have been similarly constrained by lack of capacity in the building sector.

But Mr Twyford has a talent for stating the problem, and finding new ways to restate it.

With a media that has an insatiable appetite for anything to do with house prices, and prices still rising, Mr Twyford is assured of becoming an increasingly important player in Labour.

- Audrey Young is political editor of The New Zealand Herald.