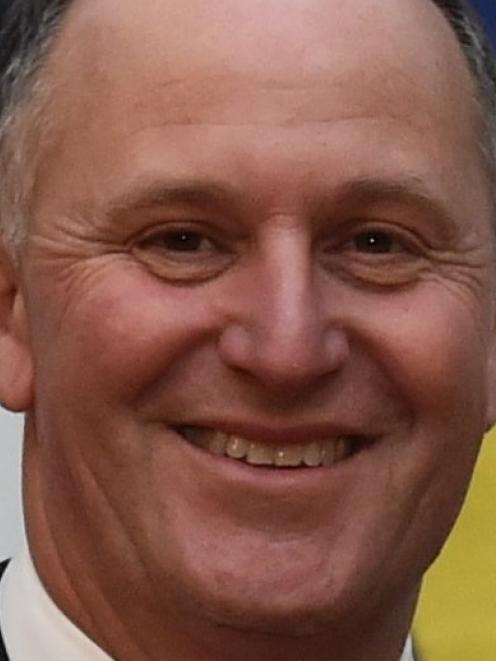 John Key.
Watching John Key's behaviour over this week has been similar to watching him during the Teapot tapes in 2011.

When you don't have a written constitution, as is the case with New Zealand, convention takes on a greater importance.

Conventions evolve with changing circumstances and they rarely change suddenly.

But conventions changed suddenly in Parliament this week in a way that has damaged trust in the Prime Minister and the reputation of Speaker David Carter.

The refusal of Mr Key to apologise after accusing the Opposition of supporting murderers and rapists suggests he is willing to squander his reserves of political capital, in particular with women.

The episode has also shown that Labour and the Greens working together are capable of capitalising on National's mistakes, having successfully turned an attack on themselves into an attack on Mr Key.

Mr Key damaged himself this week because we no longer know what to believe.

He said for weeks he was concerned about the plight of Kiwi criminals locked up in Australia awaiting an appeal of their immigration status.

He took a more moderate tone than the Opposition but that was acceptable as long as the Government was actually on the case, keeping up pressure on Australia to expedite matters and to make fair calls on Kiwis who call Australia home.

Then, as we know, under pressure from being called gutless, Mr Key attacked Opposition MPs, accusing them of supporting murderers and rapists.

His refusal to apologise is inexplicable.

There is no advantage to him not apologising for a slur that was aimed at Labour MPs but was felt by a much wider constituency.

By sticking to his cause, we are left wondering what he truly thinks.

Had his previous concerns been a sham?

Had he just said what he thought the public wanted him to say?

Was his moderate tone a reflection of a lack of motivation by the Government to do the right thing by its citizens?

It turned out this week that one of the reasons for the delay in getting Kiwis back is the Government's own slowness in getting legislation to the House to legally monitor them on their return.

Certainly, his comments undermine faith in the convention that it is a fundamental obligation of government to look out for its citizens in trouble abroad - not by seeking special treatment but by seeking fair treatment.

Watching Mr Key's behaviour over this week has been similar to watching him during the Teapot tapes episode in 2011, which he still believes was deliberately set up to tape his conversation with John Banks.

He has moments of absolute doggedness.

Speaker David Carter did Mr Key no favours in not requiring or requesting him to apologise for causing offence by suggesting the Opposition supported murderers and rapists.

Mr Carter admonished himself for not pulling up the PM for saying: ''You back the rapists'' but then did nothing about it.

Lockwood Smith has reached a saintly status in the Opposition's eyes since his departure as High Commissioner to London.

He was rarely appreciated by them in the chair.

Mr Smith tolerated repeated and habitual challenges to his rulings by the Opposition in a way Mr Carter doesn't and Mr Smith spent many hours explaining his rulings.

It appealed to Mr Smith's grandiosity and to the Opposition's need to oppose.

He does not indulge the Opposition in the way they were used to.

It is much more efficient but it makes for a more fractious relationship.

On the issue of the PM's insult, Mr Carter failed two days running to seek an apology.

That breached a long-standing convention.

Mr Carter chose to elevate another convention, dealing with the matter at the time, over the more fundamental one of apologising for causing offence.

A convention is a convention, not a hard and fast rule.

It can be adapted in rare circumstances.

Tuesday was a rare circumstance.

And, in fact, objection was raised more or less at the time by the shadow Leader of the House, Grant Robertson, give or take four minutes when nobody could quite believe what the PM had said.

Labour is running a low-level campaign against Mr Carter and its case just got a whole lot stronger.

Mr Robertson and chief whip Chris Hipkins laid a trap for Mr Carter on Thursday to test his consistency, or as they would call it, his bias.

Mr Robertson presented an insult as a question (to Bill English) rather than a definitive statement.

Mr Carter walked right into it. On Tuesday, when Mr Key had done the same thing to use a question to suggest the Greens supported murderers and rapists, it was acceptable to the Speaker.

On Thursday, when Mr Robertson did it, it was deemed by him to be unparliamentary.

The Opposition wars with Mr Carter might not last the whole term.

Speculation is growing he will follow Mr Smith into the diplomatic corps, although it could be Ottawa rather than London.

Gerry Brownlee has been mooted as a possible replacement as Speaker although his lack of patience could make him a bigger problem than Mr Carter.

Anne Tolley is another possibility although one would have thought the implementation of the Rebstock review in Child, Youth and Family should take priority.

The most interesting move would be to make Labour's Trevor Mallard Speaker.

It would not affect votes in the House and he would bend over backwards to be neutral.

It could turn question time into a more civilised contest. It hasn't been done since 1993 but some conventions are worth breaching.

• Audrey Young is the political editor for The New Zealand Herald.