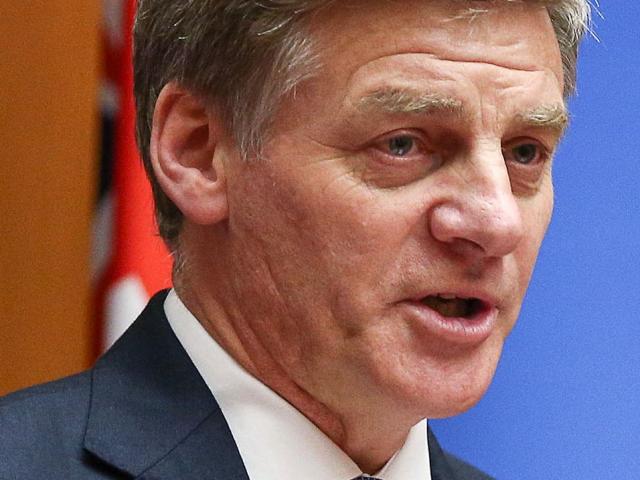 David Seymour made a stinging comment in his closing speech on the End of Life Choice Bill first reading debate - that Bill English's contribution had seemed from a different age.

National’s current performance on the election campaign trail would have to be classified as one of the party’s most confused, insipid and uninspiring showings since ... well,  since the last...

It is beginning to look like a legacy: John Key's practice of setting the election date early in election year. Bill English toed the line last week.

It is not often that the big surprise in a Budget is something that will not be in it at all.

At first blush, the Government's invitation to Labour leader Andrew Little to visit the troops in Iraq appeared to be a trick.

You can take the man out of politics but Sir Michael Cullen's bravura performance when delivering a briefing on the review of intelligence agencies shows you can't take the politician out of the man.
On the case of the Prime Minister and the cake of soap, it may just be time for people to take a sip of chamomile tea.

The international fight against Isis has provided bookends to John Key's political year but it is a year that has proved remarkably mild on the domestic front compared with the turmoil of recent years.

Bill English gave an important speech at Parliament this week about Maori, the state and self-determination.

Watching John Key's behaviour over this week has been similar to watching him during the Teapot tapes in 2011.

Anyone raised on Perry Mason knows there is a golden rule for lawyers - never ask a question in a public courtroom to which you don't already know the answer.

Here is a message to the anonymous Herald reader who was so angry with a column I had written that he offered to drive me to the airport on condition I left the country.
The importance of National's support partners - Act New Zealand, United Future and the Maori Party - has grown immensely from election night a year ago.

Next week is an anniversary Labour leader Andrew Little and his predecessors will remember but won't be celebrating.
Children's Commissioner Dr Russell Wills has done the Government a huge favour with his report, ''State of Care'', this week, whether he intended to or not.

Being a political animal, I decided the irresistible rugby match during the last Rugby World Cup was Russia v America at Yarrow's Stadium in New Plymouth.

To vary an old joke about very old men marrying very young women, the next leader of New Zealand First may not have even been born yet, let alone reached the voting age.

Was there ever a more contrary bunch of people than New Zealanders?