Stability a small yet vital win for Labour 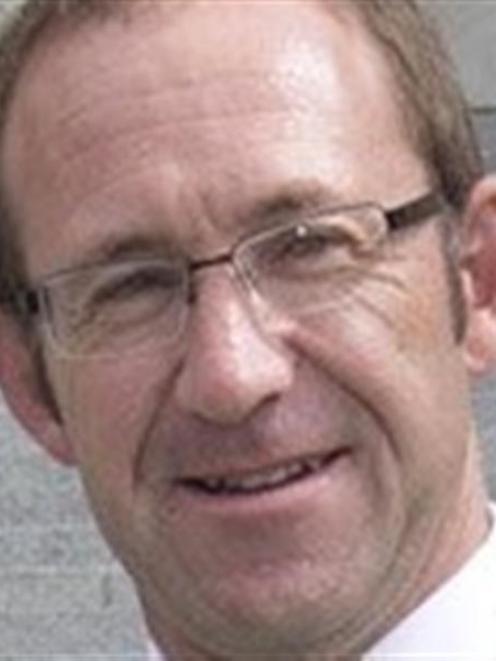 Andrew Little
Next week is an anniversary Labour leader Andrew Little and his predecessors will remember but won't be celebrating.

It will be a year since the last election, Labour's third successive defeat under three different Labour leaders.

The party has had five leaders in seven years, but now seems to be entering a period of stability.

Not so for its British brethren. British Labour this weekend is about to elect its fourth leader in eight years.

Ed Miliband had a period of relative stability with a full five-year term in Opposition until David Cameron won a second term.

But according to a UK pundit, chaos and divisions will ensue with the likely election of veteran leftist Jeremy Corbyn.

Even if he doesn't get elected, his frustrated backers could undermine a moderate leader as happened with David Shearer in New Zealand, No 3 here in the past three years.

To recap, defeat started with Helen Clark in 2008, a difficult word to use in the same sentence as her, given her rise in international stature since leaving domestic politics.

It's hard to remember that Phil Goff was leader at all, so many have there been since he succeeded Miss Clark.

Mr Shearer's leadership and confidence was undermined by the party Left, who would not be satisfied until they got David Cunliffe.

Mr Cunliffe got his turn for a year but was worse than any of them.

He wanted to please everyone to the extent he didn't know his own mind and couldn't make decisions.

Mr Little has already been a successful leader.

The party is functioning more like a competent opposition than it has for some time.

Mr Little has a strong sense of himself and his party and his own leadership.

He takes on John Key with confidence.

He does long-form television interviews with no notes.

He has no fear of his own performance.

Mr Little has made the odd slip up but most people - party members, the media, the public - are in a forgiving frame of mind.

Mr Little is at his best in the House when he is bellowing from an imaginary soap box.

That has prompted National backbenchers to mimic him with guttural emissions supposedly suggestive of an ''angry Andy''.

The attacks are no more damaging to Mr Little than was the sight of Mr Key getting carried away and bellowing to Labour to ''get some guts'' to back the New Zealand trainers in Iraq (but the combination of National's gutturals and Labour's sudden intakes of breath to mimic Mr Key can sound like a menagerie on heat).

Most importantly for Labour's stability is having some political successes and that is down to simplification of its role.

Instead of trying to do everything at once, putting pressure on the Government and coming up with

policies, the caucus has adopted a cricketing approach.

National is batting and Labour is concentrating on bowling, namely putting pressure on the Government to make mistakes, to overreach, to divert its attentions, to weaken its top order.

Labour capitalised on National's failings in health and safety reform.

David Parker and the Greens secured an Auditor-general's inquiry into the Saudi sheep deal (though she should be initiating more of her own inquiries), and it was on the right side of the argument before the Government's change of heart on Syrian refugees.

Mr Key has dropped a notch or two from extremely popular to just very popular.

With Labour MPs doing their jobs properly, and Annette King helping manage the caucus, Mr Little has been left to get on with setting some strategic direction for the party.

Mrs King's appointment was for a year only, allowing the party to settle after a bruising four-way leadership contest that Mr Little won with union support.

The sudden appearance of Jacinda Ardern as fourth in the preferred prime minister polls has led to speculation that she would be the logical choice to replace Mrs King in November and complement Mr Little: young, female and from Auckland.

Being deputy, however, is not just a titular role and with Mrs King's standing so high in the caucus and the party, she will undoubtedly be lobbied to stay on.

She has always been a natural bridge between Labour's factions - while denying that they exist.

They were revived under previous leaders, but under Mr Little they are dormant.

Reaction in New Zealand to the Jeremy Corbyn phenomenon varies, depending on the faction.

Some are quietly applauding it; others see it as a hurdle to electoral success, including David Shearer.

Mr Little has shown he is not a purist. Central to his leadership campaign last year was Labour dropping its capital gains tax policy.

Labour's poll results do not reflect the effort going on under Mr Little to lift its game.

They are creeping up slowly or are standing still.

It may not be worth celebrating, but compared to a year ago, that is success.