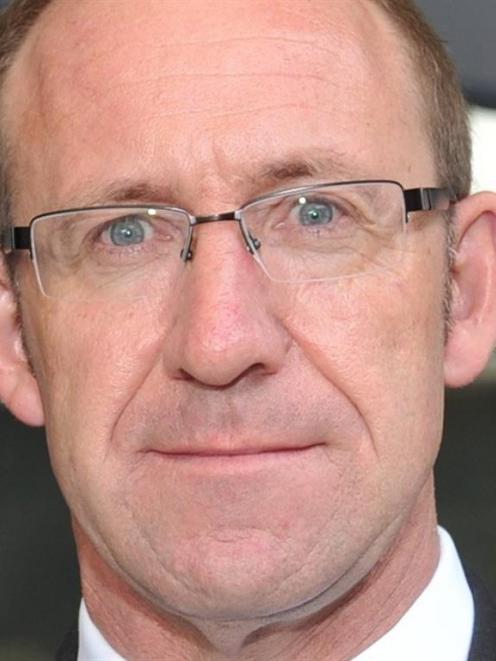 Andrew Little.
At first blush, the Government's invitation to Labour leader Andrew Little to visit the troops in Iraq appeared to be a trick.

The question is not so much why Mr Little took up the invitation to go along with Defence Minister Gerry Brownlee.

Despite having criticised Prime Minister John Key's own visit to Iraq as a photo op, Mr Little had no qualms about brandishing about photos of himself striding manfully around Taji in his flak jacket.

The bigger question is why the invitation was issued in the first place.

A superficial interpretation of the Government's motivations is that it put Mr Little in an awkward situation.

Politically it was a risky move for Mr Little.

Labour vehemently opposed sending the troops to Iraq in 2015, yet there Mr Little was meeting those same troops.

It is not unheard of for Opposition leaders to visit troops on deployment.

The difference between him and Mr Little was Mr Shorten was able to stand before the troops and assure them they had Labor's bipartisan support.

Mr Little's message to the troops was somewhat more complex.

Should Mr Little oppose future deployments, he has handed his rivals an encyclopedia of photos and gushing comments with which to lambast him.

The prospect of watching Mr Little squirm in front of those whose deployment he had opposed may well have been the cherry on the top for National.

But the reason to extend the invitation was more serious than that.

Mr Little's inclusion on the visit is the most concrete sign to date that the Government is considering extending the two-year deployment or is considering another commitment.

That decision must be made within the next six months.

Thus far Mr Key has claimed that no request has been made for New Zealand to remain and he has not seen anything to change his mind on the length of the deployment.

But a Defence Force review of the operation in March found it was having "a tangible and positive effect'' and warranted staying until at least 2017.

That review has not been released in full and a Cabinet paper referring to it has included only the positive references while an entire paragraph on the "challenges to overcome'' was redacted.

Last December Mr Brownlee also revealed the US Defence Secretary had written to New Zealand to seek a bigger contribution - a position Mr Little was willing to entertain, provided there was a UN mandate for any such exercise.

That mandate was provided by a Security Council resolution in November the Government interpreted as offering political and legal sanction for military action in Iraq and Syria.

Mr Key said at the time the Government would consider the request, although his "gut feeling'' was that the training force was enough.

Once National does settle on its next steps - and it seems clear there will be next steps, regardless of whether it is a continuation of the training or in another area - they would prefer to do it with broader political support than the current deployment had.

Inviting Mr Little to Taji was a form of insurance to try to revert to a bipartisan stance on such matters.

If further evidence was needed, NZ First leader Winston Peters was also invited on the trip but declined.

The Green Party was the only Opposition party that was not invited, perhaps considered a lost cause when it comes to support for such deployments.

Things are never quite so black and white once you're on the ground in Taji.

Mr Little has had to reassess some of the reasons for his original opposition.

He moderated his broad-sweeping position on the lack of discipline and motivation of the Iraqi troops in the wake of his visit, saying trainers and Iraqi commanders told him while some Iraqi soldiers were motivated, others weren't.

In that respect, Mr Little likely received much the same briefing as media on the PM's 2015 trip, including analysis of complex reasons for Iraqi forces' lack of motivation, such as strong religious and regional affiliations and fear IS was undefeatable.

Another reason for Mr Little's initial opposition was the safety of the troops and scepticism about whether they would remain "behind the wire''.

But Mr Little's visit should at least have reassured him in Taji the words 'non-combat' are a far more realistic option than in Afghanistan.

There is another reason for National's wish for a return to bipartisan support for such missions.

International partners such as the US are understandably nervous about a split on issues such as intelligence, security and defence, and in New Zealand there have been splits in all three areas.

Labour has learned it will not be rewarded by voters for playing silly buggers in areas of national interest.

National has learned that it can not take bipartisanship on such issues for granted.

Efforts to remedy this have included Mr Little's visit to Iraq and putting Mr Little on the calling card for NSA boss Jim Clapper on his visit to NZ earlier this year - a precursor to the rewrite of intelligence laws which Mr Key has said he will not go ahead with without support from Labour.

As for the war, National was hoping for a human rather than political reaction from Mr Little by taking him to Taji.

The best salespeople for the deployment are the soldiers.

He maintained he still had concerns about the abilities of the Iraq forces and set the Iraqi forces a very high test by which he will assess whether the impact of training - if they can retake Fallujah and Mosul.

But he did not call for the troops to be withdrawn.

Asked if Labour would support extending deployment, he didn't quite say yes.

But neither did he say no.

Mr Brownlee can consider that a mission accomplished.