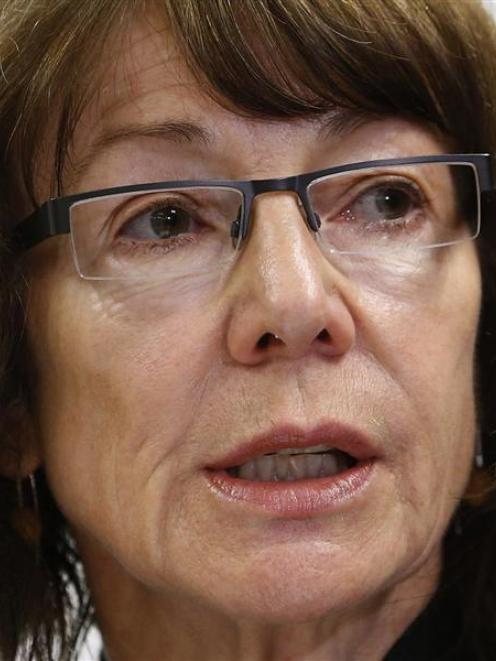 Cheryl Gwyn.
Anyone raised on Perry Mason knows there is a golden rule for lawyers - never ask a question in a public courtroom to which you don't already know the answer.

Cheryl Gwyn, the Inspector-general of Intelligence and Security (IGIS), was once a courtroom lawyer and rose to the rank of deputy Solicitor-general.

In that capacity she accompanied Attorney-general Chris General to the International Court of Justice to put New Zealand's case against whaling in the Southern Ocean.

She was short-listed for the job to replace her former boss David Collins when he moved to the Bench but fortunately she was passed over.

I say ''fortunately'' because if she had got that job, she might still be trotting up to courts on behalf of the Crown to ask questions to which she knew the answer.

The public interest is served by the way Ms Gwyn has built her office, boosted in powers and resources from law changes passed at the same time as the controversial GCSB modernising law in 2013.

The son of noted jurist Sir Kenneth Keith, he earned a reputation at Crown Law for the ability to stand up to power through his dealings over the deeply flawed Electoral Finance Bill.

The Bill was introduced by Labour as its response to the Exclusive Brethren secretly funding attack campaigns during the 2005 election but it placed chilling constraints on the ability of individuals and organisations to fund or support political parties.

The legend goes that after it drafted the Bill and sent it off to Crown Law for a Bill of Rights Act vet, the task fell to Mr Keith, who gave it a fail.

The message came back from the Beehive that that answer was not the answer that it wanted, but he refused to budge and the task was transferred to another staffer.

Coincidentally, while the deeply flawed Bill was in the hands of the Justice Minister, the Attorney-general in charge of Crown Law at the time was Sir Michael Cullen, who is now conducting the review of the intelligence agencies with Dame Patsy Reddy.

The appointment of Sir Michael as lead reviewer, it hardly needs saying, is a way to rebuild bipartisanship between National and Labour on intelligence issues.

He is not National's toady and he is not Labour's stooge.

Few others would have better qualifications in terms of experience - as a former deputy prime minister (meaning former acting prime minister) - and capability for the review.

But, clearly, his greatest appeal to National is his great appeal to Labour, which still endures beyond politics.

After briefing the statutory intelligence and security committee this week on the progress of the review, Sir Michael retired to the Labour offices of Parliament to catch up with old colleagues and no-one was bothered.

The real test of that confidence exercise is yet to come when the review and its major reforms are released next year.

The review itself and setting policy direction is not strictly Ms Gwyn's concern, as she acknowledged in her annual report but, in the next breath, she becomes the diligent busy-body with a list of things she will be looking for when the recommendations comes out (such as the concept of proportionality, accountability and oversight, propriety, and human rights).

That is no criticism.

The biggest factor in rebuilding the confidence of the intelligence agencies in the past 18 months has been the IGIS and her office and the questions they have asked.

So far, they have included questions about whether the SIS colluded with the Prime Minister's office over OIA releases to embarrass Labour MP Phil Goff .

The subsequent report exposed serious misjudgements by the ex-SIS director Warren Tucker, who, if he had not already been retired, would almost certainly have been forced to resign.

And while Ms Gwyn was criticised at the time for not interviewing the Prime Minister for the inquiry, her annual report this week says she searched ''in significant depth the electronic and physical records of the NZSIS and Prime Minister's Office'' for the inquiry under new IGIS search powers exercised in accordance with the Speaker.

So, just to be clear: her first inquiry included searching computers in the Prime Minister's Office.

She has also decided to look at how New Zealand's spooks decide what to spy on, on the back of its help towards the [unsuccessful] bid of Trade Minister Tim Groser to become director-general of the World Trade Organisation.

Many of us might think it was an excellent objective but, agree or not, who wouldn't like to know how these activities actually begin?

With cabinet, a cabinet committee, the foreign minister, the Prime Minister alone or at the initiative of the GCSB or something else altogether.

Having asked the question, she is obliged to answer it.

She is also looking at whether ''full take'' surveillance in the Pacific - referred to in secret US documents released by former US intelligence analyst Edward Snowden - meant a full sweep and mass surveillance as he claimed, or, as has been suggested by other sources, referred to full surveillance of an individual who was legally targeted.

This week's annual report reveals another highly significant own-motion inquiry: into whether New Zealand intelligence agencies had any engagement with or knowledge of the CIA detention and interrogation programme from 2001-09 commonly known as extraordinary rendition at ''black sites''.

She hints there may have been Kiwis working with ''Five Eyes'' intelligence partners who are uncomfortable at being exposed to details about rendition and invites anyone with knowledge to come forward.

Getting to the bottom of such questions will increase public trust in her.

But in this case, providing answers may be more of a challenge, especially to the spy agencies, which cherish their intelligence alliances.

If she gets the answers, Ms Gwyn may find the public interest and the national interest are not the same thing and she may have to choose.

• Audrey Young is the political editor for The New Zealand Herald.