It is beginning to look like a legacy: John Key's practice of setting the election date early in election year. Bill English toed the line last week. 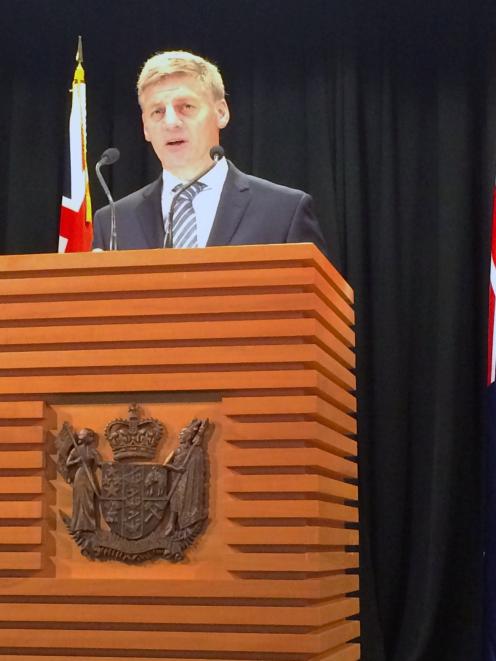 That this has now been done for three elections will make it less acceptable for future Prime Ministers to play guessing games with the date. It is a step towards a fixed term, which several Australian states have.

In a democracy elections are, or should be, the property of voters, not Prime Ministers, who should be servants, not masters and (head)mistresses, of voters.

In 2002, one such headmistress, Helen Clark, used the pretext of divisions in her Alliance coalition partner to call a snap election when Labour was polling very high and Mr English was floundering in his first shuffle as National leader.

It didn't work as planned. Labour's election score came in 9 percentage points below its opinion poll average at campaign kickoff. Miss Clark had to take into her government ex-Labour renegade Peter Dunne, who had opportunistically inflated his liberal centrist United Future with conservative Christians.

Three years later, Mr Dunne was down and Winston Peters was up. He is again.

If, to stay Prime Minister, Mr English shacks up with Mr Peters, will he manage that better than Jim Bolger and Jenny Shipley in 1997-98, when Mr English was a young MP, then minister? Then National split between "greys" backing the coalition and "blues" wanting National fully on market-economy message and in charge.

A complication for Mr English is that macro-personality Mr Key has left up for grabs a slug of blokey-populist votes and Mr Peters has his bucket out. New Zealand First could conceivably build a 13-14% vote off its 2016 9% poll average base.

Mr English can count on Andrew Little not outgunning him on charisma. But, unlike Mr Key in 2011 and 2014, he can't count on there being no alternative government to which voters can "change the government".

Labour+Greens may succeed in presenting a credible simulation of an alternative government and Labour might even get some popular traction to climb some way towards 35% from its end-2016 27% poll average.

One small indicator is Stuart Nash's outgunning National last year on law and order, which Labour last did in 1987. Building on that, Mr Little has welcomed former Police Association boss Greg O'Connor on Labour's banner.

But big hurdles face Labour's bid for enough votes to build a government-in-waiting.

One is that, as a Labour MP puts it, Mr English may lack charisma but is seen as "reliable".

Another is that while middle New Zealand household finances have not been flash, they are in the getting-by category, viz last year's employment and wage figures.

And the sound-bite economic news has a reassuring ring: planeloads of migrants wanting in, tourism booming, business confidence high, consumer confidence firm and opinion on whether the country is on the right or wrong track positive.

For as long as those good vibes hold, which will likely be until or close to election day, they give Mr Reliable English a firm campaign platform.

Mr English played Mr Reliable in his state-of-the-nation address, vouchsafing his humble Southland grit and Catholic compassion and promoting his "social investment" invention, in which he anchored his police promise.

The wider agenda detail absent last week will be set out when he opens the parliamentary year today.

But Mr Reliable knows, and acknowledged last week, there are clouds. No 1 is the seriously disruptive Donald Trump, who is wilfully adding to global political disorder and threatening global trade disruptions - and so, potentially, household finances here.

Hence missions by Todd McClay to Australia, Tokyo and Canberra to push the case for a reframed 11-nation Trans-Pacific Partnership. Mr English meets Malcolm Turnbull next week with that on the agenda.

Brexit and the European Union response could also damage our trade more seriously than first thought.

Now more than ever, a Prime Minister needs consummate international skill and strategy. Mr English starts from near scratch. Miscues such as his delayed, then tepid remarks on Mr Trump's anti-Muslim "executive order" could smudge the Mr Reliable brand.

Still, the impact of any trade damage will largely stay under the electoral radar through the election. Thus (so far) he has inside running to win office again.

But even if he does, if afterward (a) the economy stalls in trade and other headwinds and (b) coalition with Mr Peters gets messy, Mr Reliable risks ending his impressive political career as Mr Discard.

• Colin James is a leading social and political commentator.
ColinJames@synapsis.co.nz

He seems a good man. the green labour scare many as we may stall ...might have to go back to horse and cart ....