Labour struggling to pin down its bottom lines 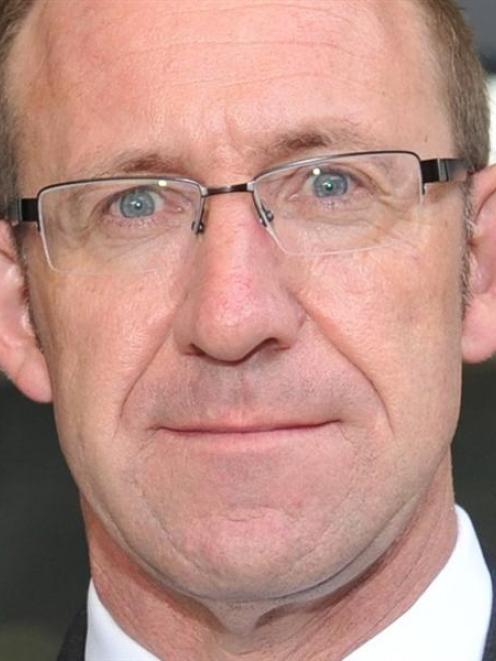 Andrew Little.
Was there ever a more contrary bunch of people than New Zealanders?

Not so long ago, there was a groundswell of support for a change in the flag.

Yet the moment the chance to do just that comes along, suddenly even those who want a change don't want it because it's ''too soon''.

Things got even more ridiculous this week when Labour leader Andrew Little, in the process of excoriating the flag referendums, announced he wanted a change to the national anthem instead.

It is rather like a 5-year-old demanding a Thomas the Tank Engine set all year but bawls when Santa delivers it because it is not a Transformer.

While our current flag gets points taken off it because of its similarity to Australia's, according to Mr Little, apparently our national anthem is bad because it isn't enough like Australia's.

The attention given to his remarks probably came as a surprise to Mr Little - he made the comment as a throwaway line.

Quite why Mr Little is now taking the lead on Labour's opposition to the flag is unclear given Labour's argument it is a waste of money and a distraction from more important issues.

Prime Minister John Key effectively skewered Mr Little on that when he wondered why, if it was such a non-issue for New Zealanders, Mr Little was asking him about the flag instead of those more important issues.

There has been no shortage of them.

Mr Little's anthem blurt came as the world's longest show of Deal or No Deal churned on at ministerial talks over the Trans Pacific Partnership in Maui.

Those talks are due to conclude today, but in a bid to get a pre-emptive strike, Labour set out five so-called non-negotiable bottom lines.

It has since put most emphasis on the condition that the agreement must not impede a government's right to ban or restrict property sales to overseas owners.

In reality, it is Labour's fifth bottom line which is most likely to create problems for the deal.

That states that the agreement includes meaningful gains for farmers.

As of yesterday, dairy industry representatives at the talks were voicing concerns about the lack of gains in dairy.

Yet Labour has treated that condition almost as an afterthought.

While others focus on the dairy industry, Labour apparently has its eyes on the poultry industry: it appears to believe its stance on foreign buyers is its Golden Goose.

The timing of the TPP talks in Maui has provided a convenient platform to continue the momentum Labour believes it gained from its hit job on Auckland home buyers with Chinese surnames.

It is true a 3 News Reid Research poll since then showed high support for a ban on foreign buyers.

But it also showed that had not resulted in any great swing of votes to Labour.

If things were that simple, NZ First would have benefited far more from its stance on the same issue and Labour would not have got 24% at the last election in which its policies included that very same ban on foreign property buyers as well as the capital gains tax targeting speculators.

That second policy too was popular as a stand-alone in the polls but did not translate into votes for Labour.

If Labour is hoping for better results from the same policy in 2017, it is pre-supposing voters are stupid and forgetting they judge governments based on wider economic security rather than individual measures.

It is also presupposing John Key is stupid and will continue to leave them room to run with the foreign buyers onslaught.

Mr Key is not stupid.

He is also aware that even if there proves to be no real problem with overseas property buyers, there is now a perception of one. In politics, perception matters more than fact.

So it's a fairly sure bet that before 2017 Mr Key will take moves himself to deal with overseas buyers.

He has already sent out hints of measures such as land taxes - taxes that might have the added benefit of help to neutralise the fiscal impact of National's hinted-at income tax cuts.

In the meantime, Labour's ongoing crusades on both the flag debate and TPP - both issues which Labour claims to support while opposing at the same time - give Mr Key more fuel to accuse them of being inward-looking.

Labour's statement on the TPP declares the party is pro-trade at least twice.

Of course, saying it does not make it true, especially if you then set out conditions that are impossible to meet.

Green Party MP Russel Norman said Mr Key's bid to change the flag was about ''optics'' and the same could be said about Labour's stance on the TPP.

Labour wants to be seen to be talking tough on the TPP to appease its supporters but not so tough as to scare the horses.

Mr Little is walking a tightrope here by trying to send different messages to different audiences.

If evidence was needed this was all about messaging, it came when Mr Little objected to the Herald reporting Labour had offered conditional support for the TPP if its bottom lines were met.

The angle Mr Little wanted was the flip-side of that - that Labour would oppose the TPP unless those conditions were met.

In terms of meaning, both ways of putting it are the same.

But the extent to which Labour's conditions really are non-negotiable will depend on how it interprets those bottom lines once the agreement is revealed.

It has left itself a lot of wriggle room.

Despite Labour's big talk about refusing to support the TPP, it has failed to set out how, or even if, it will follow through if it is in government in future.

Mr Little has refused to say if Labour will consider withdrawing from the TPP if it is in government.

This is because it has no intention of doing that.

While Mr Little restricted his criticism of the national anthem to its dirge-like qualities, the underlying reason was likely because the anthem is an entreaty to God.

The flag's Union Jack is a reminder the Queen is our head of state but her existence can at least be proven.

When it comes to the anthem, there is scepticism about whether the ''God'' being addressed actually exists.

The same could be said of Labour's bottom lines.