Clark and Key best leaders seen in a 30-year career 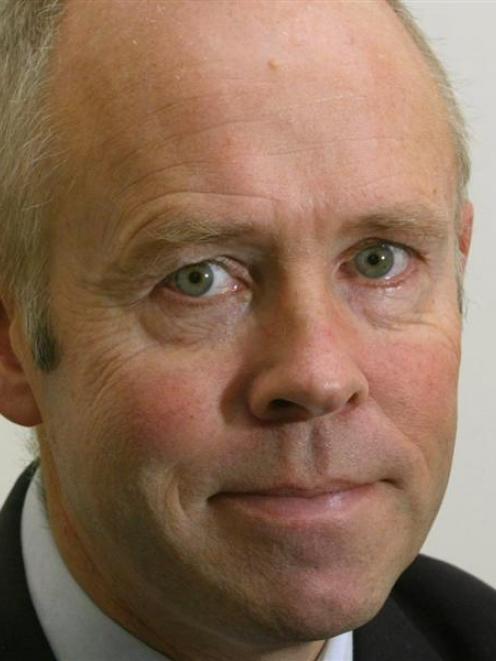 John Armstrong.
Here is a message to the anonymous Herald reader who was so angry with a column I had written that he offered to drive me to the airport on condition I left the country.

Save yourself the bother, mate.

For the past 16 of the nearly 30 years I have been in Parliament's press gallery, I have been locked in a losing battle with the ravages of Parkinson's disease.

Things have reached the sorry stage that this has to be my last regular column.

Covering 10 general elections and 28 Budgets should be sufficient to satisfy even the most intoxicated of political addicts.

But you always want more.

When it comes to the Budgets, the most memorable was Ruth Richardson's 1991 ''Mother of All Budgets''.

This was the high-water mark of National's enthusiasm for the free market and belief in user-pays, such as for overnight stays in hospital.

Richardson's offensive against what remained of the welfare state was delivered on a Tuesday before the following weekend's National Party conference.

It didn't take long for National's large backbench to work out that swallowing Richardson's agenda was the equivalent of drinking Kool-Aid in Jonestown.

National's pocket battleship remained unperturbed and impervious to argument - as I found out on the Friday night of the conference.

Among the huge pile of Budget-related press statements was one announcing that the Press Gallery would be required to pay rent for their offices at Parliament.

In a shabby disco bar opposite the Christchurch Town Hall Richardson held court, castigating the Press Gallery as ''a bunch of wimps'' before taking the stage for a karaoke-inspired rendition of I am Woman.

By the following afternoon, National MPs were in full revolt.

National did little else but try to wipe its hands of the document.

(And there was no more mention of the proposal to charge the Press Gallery rent.)

This was politics in the raw.

There was plenty of that in my time in the Gallery.

There were the two days one month apart when David Lange first sacked Richard Prebble from Cabinet and then axed Sir Roger Douglas from his role as Finance Minister.

There was the night Shipley collapsed the National-New Zealand First coalition government.

There was the nine weeks it took for Winston Peters to play National against Labour as he exacted a heavy price for New Zealand First's signing up to a coalition deal.

It has been a privilege to watch history in the making.

Never forget that politics boils down to power - winning it and, just as importantly, retaining it.

The fascination comes in watching how politicians play the game.

Sometimes the tactics are mind-blowing in their sheer audacity and inventiveness.

One example occurred during the run-up to the 2005 election.

The ruling Labour party suddenly called a press conference which revealed that the Budget surplus was larger than expected.

Within minutes of that announcement, Labour called another press conference which revealed the extra money would be spent removing interest from student loans and pushing entitlements for Working for Families into even higher income groups.

It was a blatant, unapologetic pitch for the middle-class vote - and it probably worked.

When they heard the news, National MPs found themselves gagging on their mid-morning lattes as they realised they had been well and truly gazumped.

I have watched eight prime ministers during my time in the Press Gallery.

The first was David Lange.

He breathed fresh air into the fetid atmosphere of the Muldoon years but ended up suffocated in the ideological disarray into which the Labour Party fell as a result of Douglas' far-right economics.

The rise and fall of the former MP for Mangere was of truly Shakespearean proportions.

Lange's successor, Sir Geoffrey Palmer, did not stand a chance.

His attempt to find the common touch saw him play the trumpet on the outside ledge of the prime minister's floor of the Beehive for the Holmes show.

It was not music to anyone's ears. Palmer was toppled by Mike Moore in a pre-election coup.

He was lampooned as the ''great helmsman'' but was vastly underrated.

Starting the Treaty settlement process was risky but enlightened.

He fell victim to a well-organised leadership coup - it had to be to get the better of this smartest of political operators.

Shipley will be remembered for little more than being the first female prime minister.

They are head and shoulders above the rest. Like a great all-rounder in cricket, the role demands one to be as lethal with the ball as the bat.

Key may outscore Clark as a consensus builder, but she had more fortitude for pushing unpopular causes.

Both were faced with the most difficult decision a prime minister has to make - war.

Key has done so in Iraq.

The trophy for best prime minister is shared.

History, anyway, may judge them by the contributions of their respective finance ministers, Michael Cullen and Bill English.

Two formidable partnerships, for sure.

There is another question that deserves attention.

Is New Zealand's democratic fabric stronger now than when I first arrived at Parliament?

MMP has made Parliament more representative and less tolerant of ministerial mistakes and mischief.

Ministerial resignations are much more common.

At times, the political system might look a bit shaky - witness the Kim Dotcom/GCSB fiasco.

The upshot of this sorry tale of abuse of surveillance power has been a clean-out of the security services and a strengthening of public watchdogs.

What is worrying is the decline in voter turnout, especially among the young.

First, failure to immerse myself deeper into Maori political culture.

Second, calling for David Cunliffe to resign when he was Labour leader over something which was relatively trivial.

It was never my role to express personal opinion.

But speaking as someone of English nationality, for heaven's sake, let's change the flag.

While New Zealand is a young country, it now has much greater self-confidence.

It is time to express that by coming out from under the shadow of the Union Jack.

And while we are about it, it is long past time for a republic.

Unfortunately, I'm whistling in the wind on that one.

As for me, there may be tweeting and even, God forbid, a blog.

Otherwise it's time for fresh voices from a new generation to issue the verdicts on our politicians.