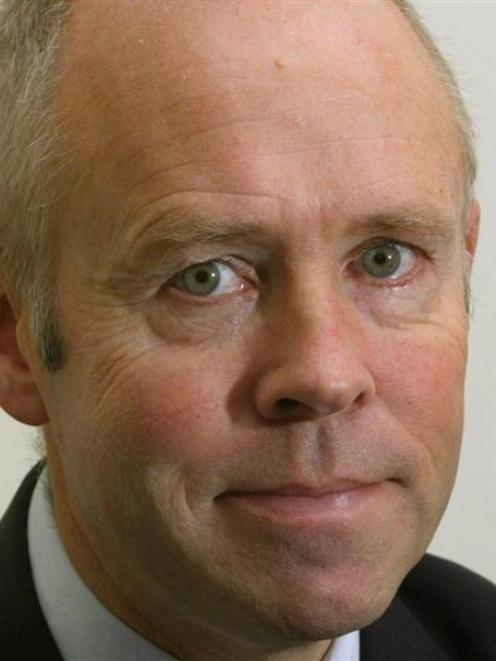 John Armstrong.
It took some carefully chosen words by a former high-ranking diplomat to cut through the self-serving verbiage spouted by politicians and bring some clarity to the acrimonious debate on the merits or otherwise of New Zealand's latest excursion to the Middle East.

While every political party laid claim to the moral high ground in the argument surrounding the deployment of a team of army training personnel to Iraq, Terence O'Brien, a Ministry of Foreign Affairs veteran of more than 40 years' standing, cut straight to the crux of the matter.

If last Monday's ''misguided'' decision by Cabinet to dispatch a contingent to Iraq was the price of New Zealand's membership of the exclusive Five Eyes intelligence-gathering ''club'' - as the Prime Minister had admitted a month ago - what did that say about the transparency and credibility of the country's supposedly ''independent'' foreign policy?

Answer: When it comes to deciding whether to sign up or not to sign up to American-instigated military adventures, it is a fact of life that the decision has significance way beyond New Zealand's bilateral relationship with the US.

The Cabinet decision has made something of a nonsense of a key selling point in New Zealand's successful campaign for a seat on the United Nations Security Council.

That selling point was that this country does not belong to any formal alliance, grouping or association with first claim on New Zealand' s allegiance.

New Zealand's campaign was very much based on this country's role as an honest broker able to advocate for other small states suffering from big power bullying or intransigence - not siding with big brother.

For most of his time as Prime Minister, John Key has enjoyed the best of all worlds, hobnobbing with Barak Obama and David Cameron over lunch while still making continuous references to running an independent foreign policy all the way to dinner time.

Well, it has taken the rise and rise of IS to remind everyone that there is no free lunch at the White House or in Downing Street.

With last Tuesday's official announcement of the deployment inevitably resurrecting talk of prices and clubs, Mr Key sought the day before to play down the Washington and London connections by watering down the exclusivity of the ''club'' by saying that when he referred to the club, he had always meant all of the 62 countries in the American-led international coalition contributing to the combating of IS.

Mr Key might have been better advised to have taken a leaf out of Act New Zealand's book by preaching the virtues of collective security.

That would have been an honest expression of National's true position on the deployment.

But that would not have fitted with Mr Key's modus operandi to be all things to all men (and women).

That requires he perpetuate the notion he has simply followed Helen Clark's multilateralist approach to foreign policy, when he and his ministers have actually focused far more intently on restoring much closer ties with traditional allies, particularly the other members of Five Eyes - the US, UK, Canada and Australia.

That Mr Key faces difficulty in trying not to upset his domestic audience while satisfying his international one can be discerned by the lengthy time it took to give the order to deploy the soldiers who will make up the first rotation of the two-year mission to train both raw recruits and officers in the Iraqi army.

Apart from suffering delusions of grandeur that they have a self-appointed role as an international policeman, Australians consider their relationship with the United States as absolutely fundamental to their country's defence and wider interests.

In contrast, while New Zealanders are still more than willing to pull their weight internationally, they are far less inclined to sit back and let outsiders determine their international obligations since Anzus fell apart in the 1980s in the wake of Labour's anti-nuclear policy.

This has been most apparent in the context of Iraq. New Zealand contributed air transport and a medical team to the international coalition which reversed Iraq's 1990 invasion of Kuwait.

Miss Clark refused to be party to the George Bush and Tony Blair-instigated invasion of 2003 to oust Saddam Hussein.

Membership of Five Eyes did not appear to factor in that decision. But there was a price. Once the invasion was over, Miss Clark agreed to send a team of 60 or so army engineers to Basra in southern Iraq for a year.

Mr Key has likened that deployment to the one announced this week, saying it shows that Labour - despite its stated refusal to weigh in behind the dispatch of the 16 army instructors and their protectors and logistical personnel - would not have done things any differently had it been in power.

The Basra deployment was very different, however.

It did not happen until the fighting had ended.

It was confined to reconstruction work.

It was covered by Security Council resolutions, which provided the legal clearance.

The pending deployment takes New Zealand soldiers into an effective war zone where they may well become targets both for IS and disgruntled Iraqis.

While Mr Key used time to soften up New Zealanders to the likelihood of some kind of military deployment, no effort was made to sell the case for training Iraqi troops until Tuesday afternoon's press conference, which included a briefing from the Chief of the Defence Force.

It was too little too late.

Labour had already won the battle by shifting the argument away from the need to respond to the threat posed by IS to the pointless nature of that response.

Mr Key hit back with his now-famous rejoinder that Andrew Little ''get some guts'' and back the deployment of the instructors.

But Labour will hang tight. It will support military action that it believes is effective - such as air strikes against IS.

It will urge National to bring forward diplomatic initiatives through New Zealand's chairing of an influential anti-terrorism committee on the Security Council.

Labour has a bad feeling about the deployment and sees no reason to align itself with something which could go spectacularly wrong.

If that happens, it will be on Mr Key's head alone.