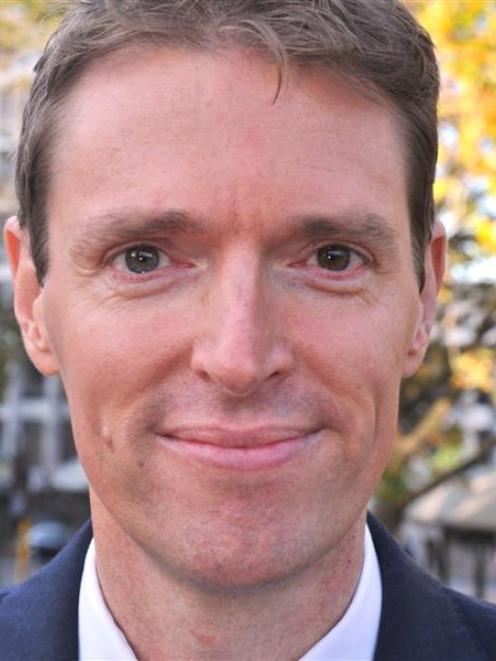 Colin Craig.
In the public's mind, Colin Craig's confession that aspects of his relationship with his former press secretary, Rachel MacGregor, were ''inappropriate'' begs only one question: just how inappropriate?

In a way, the answer does not really matter. People will have made up their own minds by now. Whatever Mr Craig and Ms MacGregor have further to say, if anything, is unlikely to sway opinions very much.

What does matter is that the revelations of inappropriate behaviour will have changed the public's impression of Mr Craig in an instant.

Whether that change is all bad news for Mr Craig matters not just for his sake.

His Conservative Party - it is still his party as much as anyone else's - picked up more than 95,000 votes at last year's general election.

While they turned out to be irrelevant as to who ended up governing, those votes could be pivotal in 2017.

Presuming Mr Craig is reinstated as leader - and at this juncture that seems more likely than not - the big question is whether he still has a distinct enough brand not only to hold his vote at its current level but to increase it sufficiently to breach the 5% threshold.

Either scenario is going to be extremely difficult to pull off.

The party is inevitably going to lose some support.

There will be those who jump ship because they now consider Mr Craig to be an utter hypocrite for failing to privately uphold the family values which he preached publicly.

He will be seen as having joined the ranks of those politicians who delude themselves into thinking their position and relative power make them untouchable.

What Mr Craig has to do is persuade people that he is by no means the first politician to fall victim to infatuation and allow that emotion to cloud his judgement.

Some might see virtue in his having shown himself to be only human - and that punishment should accordingly be meted sparingly.

He made a mistake. And in making his apology, there is the possibility of redemption.

That is a long shot, however. Bill Clinton might have succeeded in recovering some of his credibility in not totally dissimilar circumstances. But it took him some time and he was not burdened by having to chase votes.

One perverse plus for Mr Craig from what is otherwise a sorry turn of events for him and his party is what might be termed the end of innocence.

That he has turned out to be as much the flawed politician as any other makes it more difficult for his critics to continue to paint him as politics' version of the village idiot.

Sure, an aura of geekiness still drips off his wiry frame and makes him the perfect modern-day version of the 97lb weakling who many moons ago inhabited the now legendary advertisements for Charles Atlas' ''dynamic tension'' body-building regimes.

His opponents have likewise sought to portray Mr Craig as hopelessly naive by ridiculing his penchant for swallowing some of the world's most ludicrous conspiracy theories,The notion that Mr Craig is a political innocent is a misnomer, however.

Some of his thinking might make the Flat Earth Society appear to be the paragon of scientific method.

At the same time, no-one becomes a self-made multimillionaire without treading on more than a few toes.

Mr Craig may have been foolish in seeking Ms MacGregor's affections. But he is no fool. Mr Craig undoubtedly possesses a ruthless streak. He has simply transferred it from the world of business to the world of politics.

But he is neither a fool nor stupid.

Anyone who doubts that assessment need look no further than the mega-strife in the Conservative Party.

Those denigrating Mr Craig's performance in the face of extreme adversity over the past week or so are the ones in more danger of finding themselves wearing the funny three-pointed hat with bells on it than he is.

The attempt by an overwhelming majority of members of the party's governing board to wrest control of the party from its founder has been a spectacular failure so far.

Mr Craig has made a nonsense of his enemies' pigeonholing of him as a political neophyte. The supposed lightweight has (so far) outmanoeuvred and outboxed his opponents all the way from here to kingdom come.

He has done so by exploiting the vague wording of his party's constitution to give himself carte blanche when it comes to holding crucial meetings.

His opponents had planned to dump him to reduce his status to nothing more than an ordinary member.

He got in first by standing down voluntarily - an action which gave him control of the moral high ground.

His masterstroke, however, was to rope his wife, Helen, into fronting a press conference with him.

Her forgiveness of his behaviour neutralised the MacGregor problem.

If she was happy, why was the party's board bothering to prosecute Mr Craig?

The board had nowhere to go but to resign en masse, thus opening the door to Mr Craig's return to the leadership.

There may be more yet-to-be-revealed dirt and detritus which makes his reinstatement as leader of the party he founded a step too far. Whale Oil's Cameron Slater, who has been leading the charge to prosecute, convict and eject Mr Craig from politics for good, has declared there is more incriminating material to come which will finish Mr Craig.

That remains to be seen. But after this week no-one should underestimate Mr Craig's survivability.