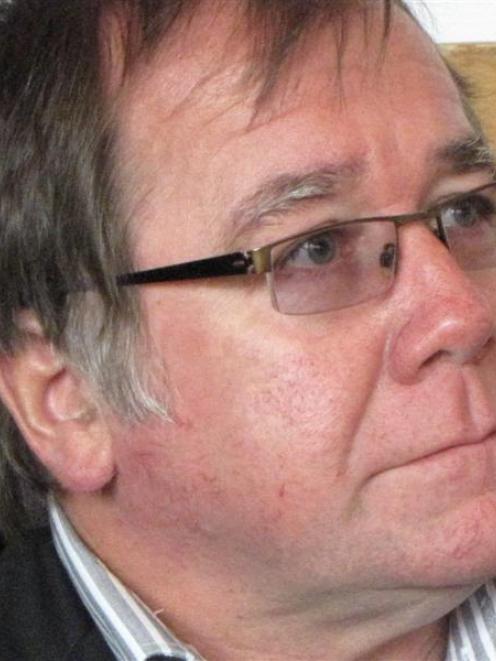 Murray McCully.
It was a bribe. It was an under-the-table pay-off. It might have had the title of a ''facilitation payment''. But that was just a poncy name for a bribe.

And so on. The chorus from the Opposition benches in Parliament was unrelenting this week.

What the fuss did confirm was Foreign Affairs Minister Murray McCully's unfailing aptitude when the chips are down to deliver a flawless performance as his own worst enemy. But that is not a crime.

No-one was accusing Mr McCully of accepting a bribe. He was deemed to have offered one.

Hush money, in short, to get a Saudi Arabian businessman to stop using his influence to block a free-trade agreement in return for compensation for losses he incurred as a result of New Zealand suddenly banning live sheep exports more than a decade ago.

Mr McCully could well argue such a deal was good public policy conducted in the national interest. After all, had not some of his colleagues displayed similar flexibility when circumstances have called for dipping into the public purse?

The precedents included cash on the table when Warner Bros demanded not only bigger tax concessions, but law changes to keep those uppity trade unions in their burrows. All in return for filming The Hobbit in New Zealand.

Had not Finance Minister Bill English handed $30 million to the owners of the Tiwai Point aluminium smelter to keep it running until 2017?The big difference is Mr McCully kept his largesse secret. There was no publicity.

Had he been upfront, he would not be under the hammer now had payments of upwards of $10 million to Saudi businessman Hamood Al Ali Khalaf been made public when the deal was struck in 2013. It raises questions about what else has been kept quiet.

Mr McCully has argued the settlement with Al Khalaf was necessary to avoid a claim for damages of up to $30 million. But the minister later admitted the question of damages was not a pre-eminent factor in negotiations.

Despite this, the Saudi sheep saga does not qualify for the title of ''scandal''.

Neither is the flow of fresh revelations strong enough to keep it in the headlines for much longer.

The Opposition has been nibbling at the edges of Mr McCully's credibility, but has not landed a king hit.

The affair has lingered longer than expected, however; a bad smell which has disturbed National's otherwise happy post-Budget equilibrium.

Whether the public has taken much notice of the matter is a moot point.

The danger for National is that the deal which saw the Government fork out money to foreign interests reignites issues where National is in a minority, such as foreign investment and immigration levels.

You would be hard-pressed to find a mix of characters and factors on National's side of the argument more politically unattractive or likely to provoke an outbreak of anti-foreigner sentiment in turn provoked by having to genuflect to the despots of Saudi Arabia.

Mr McCully is someone in whom the public would invest little trust. Add to that public prejudice against wealthy Arabs.

Then there is the mind-boggling notion of 900 sheep flying Singapore Airlines to their new home in the heat of the Saudi Arabian desert.

Then there is the redoubtable former National Party president Michelle Boag in her capacity as director of the Middle East Business Council.

Ms Boag mounted a strong defence of Mr McCully on last weekend's Q+A, but will not have changed people's view of him.

He is not beyond political redemption. He remains one of National's more effective ministers, but you would not know it.

They develop perspective. They may even have the whiff of neutrality about them.

Such a metamorphosis has so far eluded Mr McCully, whose public image remains predominantly that of a back-room ''fixer'' and the power behind the throne of successive National Party leaders, an image voters find cold and flinty.

With the media relentlessly reinforcing this perception, he has probably permanently been cast as the symbol of what people do not like about National.

He is further handicapped by an apparent blind spot which, despite his capacity to clear up political messes caused by others, sees him only making more of a mess - the case with the latest firestorm to strike his portfolio.

Mr McCully is a very hands-on minister who is suddenly very hands-off when there is trouble, such as with the case of the Malaysian diplomat who was allowed to leave New Zealand during an investigation on sex charges.

Then there was the extraordinary revolt by diplomats in the face of a crude restructuring of the Ministry of Foreign Affairs which Mr McCully had instigated but later fled from.

Before that was the equally calamitous mistake to appoint a non-diplomat as the ministry's chief executive.

Mr McCully is out of the country working on his No 1 priority - ensuring New Zealand's stint on the United Nations Security Council is meaningful and productive.

In his absence, National has gone on the offensive. On Wednesday, Prime Minister John Key taunted Labour with the suggestion he had Cabinet papers in his possession which would prove to be highly embarrassing for the Opposition party.

Labour is baffled. It can find nothing from its time in government relating to live sheep exports to justify Mr Key's cockiness.

But he sounded very sure of himself. They cannot both be right. There has to be a loser.