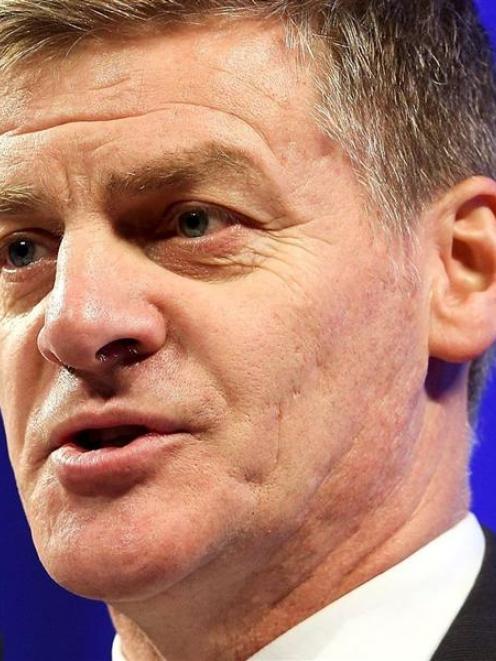 Bill English.
Bill English sure dropped an almighty bombshell in confirming the possibility that hundreds of the country's state houses could end up in Australian hands.

In one fell swoop, the Finance Minister provided ammunition for Opposition claims that his radical shake-up of social housing has as much, if not more, to do with privatising the state's housing stock as with offering more and better choices for tenants.

In the same breath, he inadvertently resurrected the bogeyman of foreign ownership siphoning off profits derived from the taxpayer-funded delivery of social services.

If all that was insufficient to give Prime Minister John Key palpitations, another potentially even larger bombshell lurks in the background.

At some point, it is going to explode. And National will end up getting splattered.

Mr English argues - with some validity - that the status quo in public housing is no longer acceptable.

That claim ignores the fact some of the faults in the services offered by Housing New Zealand can be sheeted home to National's downgrading of the state corporation's role.

Mr English's grand plan to develop a properly-functioning competitive market for the provision of social housing seems to get harder to implement the longer it survives.

Mr English and the Treasury officials spearheading the development of this ever-more-complicated policy are facing an increasingly evident unpleasant truth: to make this market for social housing work properly, they will have to conduct a fire-sale of state houses.

They are loath to admit it.

But the shifts in their position on the pricing of state houses to be sold point unerringly in that direction.

However, such organisations comprise only 6% of the rental market for the poor.

National initially tried to grow this sector by offering grants for house-building.

But it was a drop in the bucket when it came to challenging the huge monopoly of Housing New Zealand, which manages around 68,000 state houses.

The Government eventually accepted it would have to transfer a chunk of these houses to the community housing providers.

Given that most of those agencies had little capital to fund the purchase of these homes, the question of price became paramount.

Not surprisingly, the Government, which is looking at divesting 1000 to 2000 houses over the next six months or so, has been reluctant to reveal much about its thinking about suitable pricing of properties.

However, a discussion document produced by Treasury last month and targeted at those thinking of entering the market is more forthcoming.

The document's shock revelation is that the Government will not be setting the price for the transfers of houses from Housing New Zealand to community housing providers.

It will instead be determined by those bidding for a particular batch of homes, subject to ''subsequent negotiations''.

The net result will be to drive down prices.

According to the website of the Social Housing Unit, a semi-autonomous body within the Ministry of Business, Innovation and Employment, some 43 non-government agencies, housing trusts, iwi-linked organisations and other groups are registered as community housing providers.

The total includes the Salvation Army, which opted not to participate in the sell-off despite having an extensive portfolio of properties accommodating the less well-off and the elderly, along with the accompanying managerial experience at a national level.

Many of the registered providers will be bidding only on state houses in their locality, thus lessening competitive bidding nationwide.

Government sources argue it would be impossible to accurately value every property put up for sale to community housing providers because nothing has been attempted on this scale previously.

The Treasury-produced discussion document warns that purchase prices are not expected to reflect the present valuations in Housing New Zealand's accounts.

That is the bureaucrat's way of saying the prices realised at what will now be straight auctions of the properties will be markedly lower.

The document suggests the Crown will be seeking a trade-off which balances ''fair and reasonable value'' for taxpayers whose money built the houses while ensuring any purchase is ''financially sustainable'' for the housing provider.

Most telling of all, however, is that price paid will be only one criterion in determining whether a provider's bid is accepted.

Other relevant factors will include whether the provider is capably managed, the ability to remedy any deferred maintenance and the provider's links within the local community that can be used to improve the lives of tenants.

When all this is taken into account, it is understandable why Mr English is reluctant to rule out Horizon Housing, the Queensland charity which provides affordable houses for sale and social houses for rent, being allowed to follow through on its expressed interest in buying up to 500 New Zealand state houses.

But Mr English's embracing of an Australian offer begs a scary question. Scary for the National Party, that is.

What would (or could) Mr Key do if a cash-rich Chinese consortium starts funding the purchase of a large chunk of state houses?

As long as the consortium was in partnership with a New Zealand-domiciled community housing provider, the answer is not a lot.

It may be the case - as Mr Key has intimated - that investing in state houses may not be sufficiently lucrative to attract foreign buyers, given the conditions and constraints which will be a major component of the sales contracts.

With Aucklanders blaming soaring house prices on Asian buyers, however, the last thing National needs is the perception that the same thing is about to happen with publicly-funded housing as in the private property market.